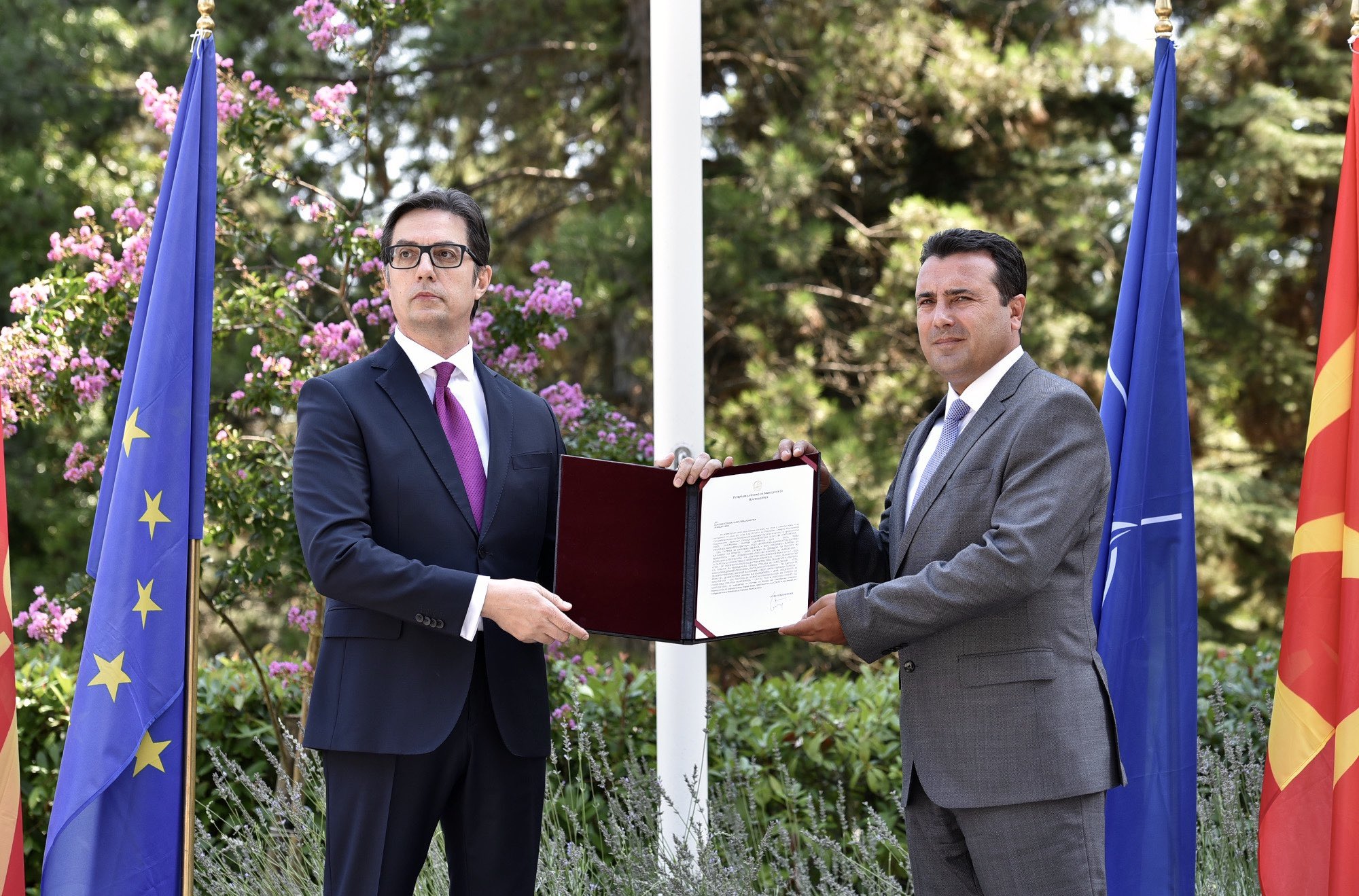 SKOPJE – President of North Macedonia Stevo Pendarovski has given the mandate to the leader of Social Democratic Union of Macedonia (SDSM) Zoran Zaev to form his second Government following the election that took place in the country on 15 July.

SDSM won 46 seats in a 120-seat Parliament and it requires at least 15 more MPs for a majority. According to Zaev, the work on securing the majority will be carried out within the constitutional deadline of 20 days.

The talks between Zaev and Ali Ahmeti, the leader of the biggest party representing ethnic Albanians in the country, the Democratic Union for Integration (DUI) are scheduled to continue today.

SDSM and DUI were the coalition partners in the previous Government and, following the election in July, have the exact number of seats required for a majority – 61.

However, the negotiations have so far been hard, with DUI reportedly not giving up on the demand that the Prime Minister should be an ethnic Albanian, at least for a part of the Government’s term.

“The talks with Ahmeti have been successful in many aspects, but we also have issues that are not yet acceptable to us, and which are quite serious issues. I would not discuss the details of the issues. I hope for success because it is the citizens who say who should govern with whom. The options exist, and at the end of the day, our country should have a government sooner rather than later”, said Zaev.

In the election, VMRO-DPMNE party won two seats less than SDSM – 44 – while the second biggest Albanian colation, between the Alternative and the Alliance of Albanians, won 12.

AAK nominates Haradinaj for the next President of Kosovo

Kordić: Return of the debate on the enlargement on the level of EU is a positive signal