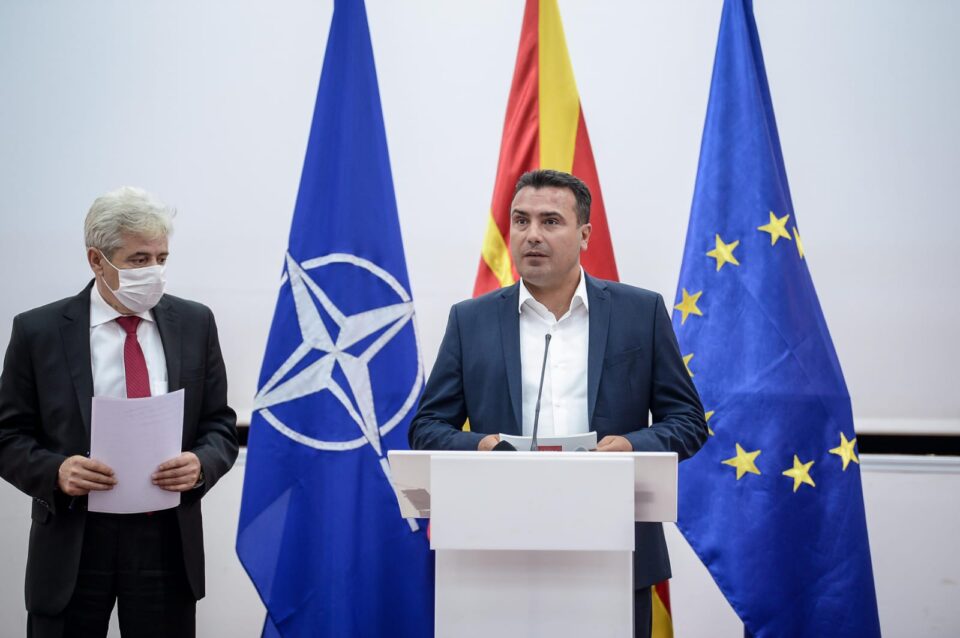 Two parties have already been coalition partners since 2017. One of the principles of the coalition agreement, SDSM announced, is the implementation of priority reforms for EU membership.

Zaev announced that the agreement will now be presented to the two parties’ bodies.

According to Plusinfo, DUI, which advocated for an ethnic Albanian Prime Minister, will nominate the leader of a caretaker government that will be appointed a hundred days before the next election. Until then, Zaev intends to serve for the full mandate.

The two parties have exactly the number of seats needed for a working majority – 61 out of 120. The Democratic Party of Albanians, which has one MP, might also support the Government, MIA reports.

Prime Minister of Albania Edi Rama congratulated the leaders for reaching the agreement, saying that the Albanians in North Macedonia have gained additional political weight.

Edi Rama, as OSCE Chairman, offers to mediate the conflict in Belarus

Hoti: Economy is the only item of the agenda of the Washington meeting

Montenegro deserves to enter the EU as soon as possible