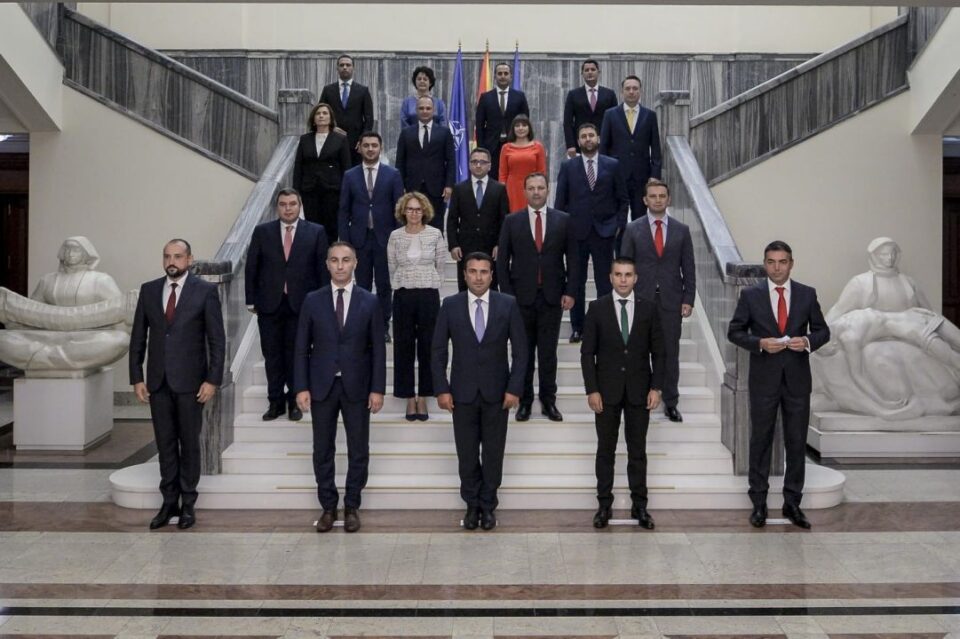 Members of the new Government; Photo: Government of North Macedonia

SKOPJE – Zoran Zaev returned to the position of the Prime Minister of North Macedonia eight months after his resignation as the country’s Parliament voted in favour of his second cabinet late last night.

The new Government was elected with 62 votes in favour and 51 votes against. It was supported by Social Democratic Union of Macedonia and Democratic Union of Integration, which reached a coalition agreement earlier this month, as well as the sole MP of the Democratic Party of Albanians.

Bujar Osmani (DUI) is the new Minister of Foreign Affairs, while Oliver Spasovski, Radmila Šekerinska and Venko Filipče kept their positions as Ministers of Interior, Defense and Health, respectively.

According to Zaev, the priorities of the new Government will be dealing with the consequences of COVID-19, public administration, fight against corruption and European integration.

European Commissioner for Neighbourhood and Enlargement Olivér Várhelyi tweeted that he looked forward to working with the new government of Zoran Zaev on EU related reforms and priorities, in the interest of citizens.

“It’s important that all forces in society work together towards this goal, in view of the progress on the path to the EU”, he wrote.

Right-wing anti-government protest took place in front of the EU Delegation in Skopje and the Parliament building on Sunday.

Đukanović: Together with partners, we have 40 seats; the fight for majority is still ongoing