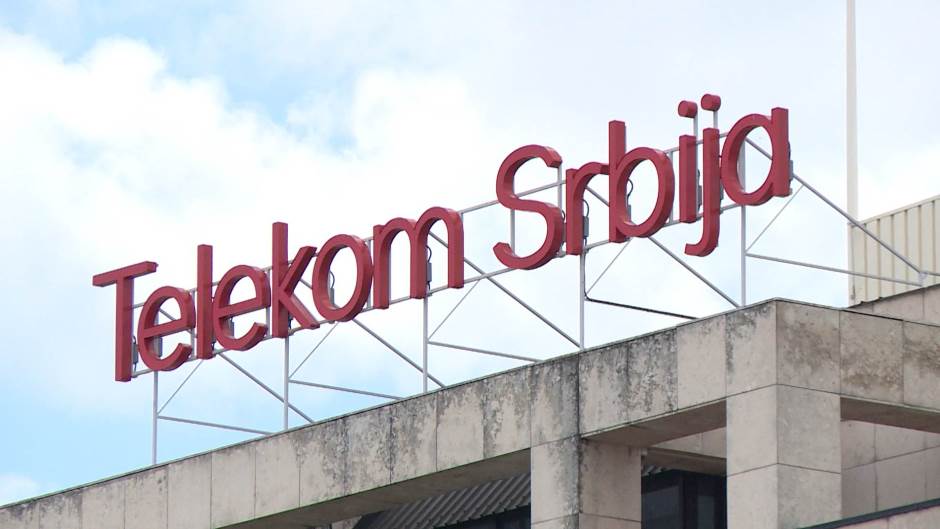 For a long time, telecommunications company Telekom Srbija has been considered one of the most profitable companies in Serbia and the “golden chicken” of the economy. But since recently, the future of the company seems to be gloomy, as the expensive acquisitions and untransparent contracts decreased its value and caused debt to increase, giving rise to suspicions on corruption in the deals with the private companies that have been unravelled.

State of affairs in Telekom is a matter of great public importance. The company is the largest enterprise in the field of communications, considering the share on the market of landline phone users (around 82%), mobile phone users (45%) and internet service users (around 41%) and having in mind the ownership structure – 58% of the stocks are owned by Government and the rest by the Telekom Srbija itself and Serbian citizens.

The recent allegations of public property misuse and increasing media control through deals of Telekom with private companies have put in the spotlight the state of fragile democracy and freedom of speech in Serbia.

The affairs posed a question of whether Telekom Srbija lays eggs for their final beneficiaries – the citizens, or for the ruling party and the business clique supporting it?

Telekom Srbija – the informal owner of the private media?

The first infamous acquisition happened in late 2018 when Telekom bought Kopernikus Technology for 195 million Euros from Srdjan Milovanović, brother of the high-ranking member of the SNS party. Right afterwards, Milovanović bought two national TV stations – PRVA TV and O2, for a similar amount, turning them into completely pro-Government outlets. The move made by Milovanović was considered in the public as a wider strategy in the consolidation of the ruling party’s dominance over the national media landscape.

Vesna Radojević, journalist and Editor in Chief of portal Rakrikavanje said for European Western Balkans that it is very naïve not to see what is behind the multi-million deals of the state-owned Telekom.

“Before buying two TV stations, Srdjan Milovanović had a deal with Telekom Srbija worth 195 million Euros for selling of Kopernikus Technology. That money was transferred to the offshore company, the tax was not paid in Serbia and then Milovanović bought PRVA TV and O2 for 180 million euros”, she explains.

As the acquisitions of Telekom were among the highest among state-owned enterprises in Serbia, the company came under the radar of the State Audit Institution (DRI), which published the report “Efficiency of Acquisition Control by Competent Authorities”.

This body concluded that “incomplete coordination between the competent authorities and the management bodies of state-owned enterprises has reduced the efficiency of acquisition control”, adding that the Ministry of Economy did not control the acquisitions of Telekom.

Referring to the DRI’s report, Jelisaveta Vasilić, member of the of Government’s Anti-Corruption Council, in an opinion piece for daily newspaper Danas, claimed that Telekom’s acquisitions are conducted without proper control by the Government and without economic rationale, which was the method for transferring the public money in private pockets.

She also claimed that the Anti-corruption Council asked Telekom to provide them with the data on how the decision on acquisitions was made, but the company had not responded.

“It remains unknown who made the decision on the acquisitions, who controlled and supervised the procedure, who assessed the expediency of the acquisition, all of which point to illegalities and the existence of a high possibility of corruption”, she wrote in the article.

In the firm grip of the parties in power

The case of Telekom Srbija is not only about the state of affairs in this particular state-owned company but part of a broader state of democracy issue in Serbia, which sheds a light on public property management and the freedom of media.

Nemanja Nenadić, Program Director of Transparency Serbia explained for EWB that legal status of Telekom, saying that this company is not a public enterprise, but a joint-stock company, majority-owned by the Government.

“That is not just a question of a name, but it is a matter of a fundamentally different legal status and legal obligations. The point is that Telekom Srbija does not perform activities that should be performed by a state-owned company, but provides services that could be provided by private companies”, Nenadić says, adding that the reasons why Telekom Srbija is in the ownership of the Government lay in the interests of the ruling elite.

“Although it is a business entity operating on the market, Telekom Srbija, like other state-owned companies, is in fact under the control of one or more parties in power. Control over companies like Telekom, allows political parties to buy media support through advertising, sports policy and other areas using sponsorships, as well as other forms of abuse, which can also be found in “ordinary” public enterprises, such as the employment based on the party affiliation”, Nenadić says.

Regarding the notions of acquiring media ownership through Telekom Srbija, which is in Nenadić’s opinion practically confirmed by the statements of the public officials, he said that it demonstrates a method of keeping the control in media landscape without formal ownership of the Government.

Journalist Vesna Radojević has a similar opinion, although she points out that the control of the media, in this specific case Adria Media Group and media owned by Srđan Milojević, is not control by the Government i.e. institutions and citizens, but by the ruling party.

“I would not say that the Government increases control over the media, rather that this is being done by the ruling Serbian Progressive Party – SNS, which has been abusing institutions for years for its own promotional purposes”, she said and added that that the citizens as the taxpayers have enabled the businessmen to get hold of the media.

The opposition parties have recently been very active in “blowing the whistle”, as they have publicly demanded answers about the state of affairs in Telekom, holding the press conferences in front of Telekom’s headquarters and at one point even threatening to call citizens to boycott Telekom.

Marinika Tepić, Vice President of the Freedom and Justice Party (SSP) and, until recently, a member of parliament, unveiled a 38-million-Euros-worth contract between Telekom Srbija and Wireless media, a company of Igor Žeželj and since last year, the owner of the pro-SNS tabloid newspaper Kurir, one of the dailies with the highest circulation.

“This proves that SNS administration (of Telekom) is paying for and acquiring media in Serbia with our money”, Tepić said, N1 reported.

The opposition claims that this contract, which formally concerns the investment of Telekom in portal Mondo (which was originally registered by Telekom, but now in Žeželj’s ownership) and production of the media content is fraudulent because the contract’s real purpose was to enable Žeželj to buy Adria Media Group and Kurir in order to tighten the grip of the ruling elite over media.

Radojević pointed out that the case of a contract with Žeželj’s Wireless Media resembles the situation of the contract with Srđan Milovanović.

“From the contract in which KRIK had an insight, it can be seen that a couple of months before the purchase of Kurir, Žeželj received 10 million euros from Telekom, and later another 28 millions of Euros”, she says.

Radojević also pointed out that the contract shows a completely illogical move by Telekom because it gives millions of Euros for a zero percent share in the ownership, but in certain clauses, it explicitly forbids Žeželj to manage its property freely.

“There are contracts from this business that public has to see in order to know how much power over the production of the media content Telekom actually has”, Radojević explained. Opposition demands international expertise on Telekom and Public Prosecutor to start working on this case but having in mind inactivity of the prosecution in the past cases, this is unlikely to happen.

Vice President of the People’s Party (NS) Miroslav Aleksić, filed the criminal charge against several Telekom’s executives for misusing the public funds by acquiring the cable and internet providers for overcharged prices.

Management of the Telekom Srbija responded to the corruption allegations by blaming the opposition for trying to undermine Telekom’s position on the market and accused them of working for Telekom’s competitors i.e. Serbian Broadband – SBB, owned by United Media Group.

“We would like to inform the public that this is obviously the most brutal campaign aimed at strengthening one foreign company, which is a direct competition of Telekom Srbija”, stated Telekom in its press release.

Telekom also claims that the company has been undermined by the interest lobby led by “tycoons” Dragan Đilas (leader of the Freedom and Justice Party – SSP) and Dragan Šolak (co-owner of the SBB) aiming to prevent the business success of Telekom Srbija.

The similar position was taken by the Serbian officials, namely Prime Minister Ana Brnabić and President Vučić, who rejected all the corruption allegations made by opposition saying that opposition is trying to destroy Telekom and public property on behalf of the SBB, pointing out at Telekom’s business successes.

“Telekom has started its investment cycle in the last two years, and 2019 was historically the most profitable for Telekom Srbija, when their income was around 133 billion Dinars,” Brnabić said, adding that, whatever Telekom is doing, it obviously gives positive results.

How the case of Telekom Srbija will unfold it is yet to be seen. For the time being, the reaction of the prosecution is lacking, and there is a little chance that Government and the management of the Telekom will accept the establishment of an independent commission that will examine the state of affairs, as the opposition has requested.

Nemanja Nenadić of Transparency Serbia says that it would be beneficial to know whether Telekom Srbija made any decisions that are detrimental for the company, especially whether there has been any purchase of national media through fake contracts, but he also pointed out at the specific position of Telekom on the market.

“Undoubtedly, Telekom is a company that has strong competitors on the market in certain areas of its work, which means that there are probably documents that would not be justified to publish, in order to protect Telekom’s business interests, so the question is whether the public would eventually find out all relevant facts,” he concluded.

The connections between the ruling elite, public company and private companies for Vesna Radojević are a clear example of the state capture phenomenon and also show how President Vučić thinks strategically for his own and his party’s benefit.

“Unfortunately, we are in such a situation that citizens cannot expect institutions, especially the Public Prosecutor’s Office, to be proactive and to protect their interests. The fear is such that everyone thinks that it would be better to remain unnoticed and under the radar in order to evade media lynching or something worse,” Radojević says, concluding that this is a cowardly behaviour and the reason why Serbia needs more whistleblowers who can reveal how their companies have been robed.

Lajčak: Negotiations between Belgrade and Pristina are not easy, there is no deadline