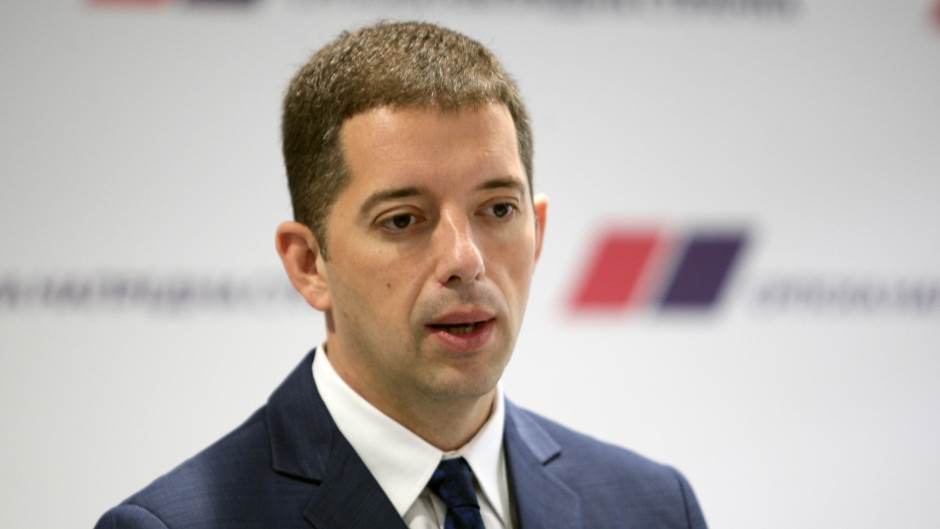 BELGRADE – Following yesterday’s interview for European Western Balkans in which MEP Viola von Cramon-Taubadel assessed that the situation of democracy in Serbia has been deteriorating in the past few years, members of the ruling coalition stated that the comments are based on lies and that MEP von Cramon is biased towards Kosovo Albanians.

“A tirade of lies of the EP Rapporteur for Kosovo in which she describes Serbia as an unfree country shows a deeply rooted bias and open intolerance of the “Kosovar” lobbyist towards the country and the leadership of Serbia”, said Marko Đurić, Director of the Government Office for Kosovo and Metohija and vice president of the Serbian Progressive Party.

He said that Viola von Cramon’s voice is not the voice of German politics, “because Serbia today has the best relations with that country in the last few decades, and the cooperation between President Aleksandar Vučić and Chancellor Angela Merkel can be described as very correct”.

Đurić added that von Cramon’s voice is not the voice of the EU either, which according to him sees Serbia as a reliable partner, a country with a stable economy and a guarantor of peace and stability in the Western Balkans.

“In whose name and in whose interest does Viola von Cramon act? On behalf of those she praises every day as an oasis of democracy, in the name of Pristina, and it is surprising that such open lobbying is tolerated in an institution like the European Parliament,” he said.

Minister of Defence in the outgoing Government Aleksandar Vulin, leader of SNS coalition partner Socialist Movement, also commented on the interview, saying that von Cramon deserves only “contempt and pity”.

“Publicly fighting for an independent Kosovo under the rule of drug dealers, while simultaneously saying that Serbia is not a democratic state, is not just a lie, it is proof that Serbia is thought of as a prey, and that Shiptar lobbyists would like to decide on it in the EU Parliament”, said the Minister of Defence.

He stated that if the citizens of Serbia ever vote in the referendum on EU membership, one of the more serious arguments against the EU will be the lies and attacks of von Cramon.

In the interview for EWB, MEP von Cramon stated that President Vučić needs to show his commitment if he truly wants Serbia to join the European Union.

She added that, unfortunately, the European People’s Party is turning a blind eye on Vučić and that other MEPs now need to convince the EPP that their behaviour is harming their own and the EU’s credibility too and sooner or later we need to confront Vučić with some tough questions.