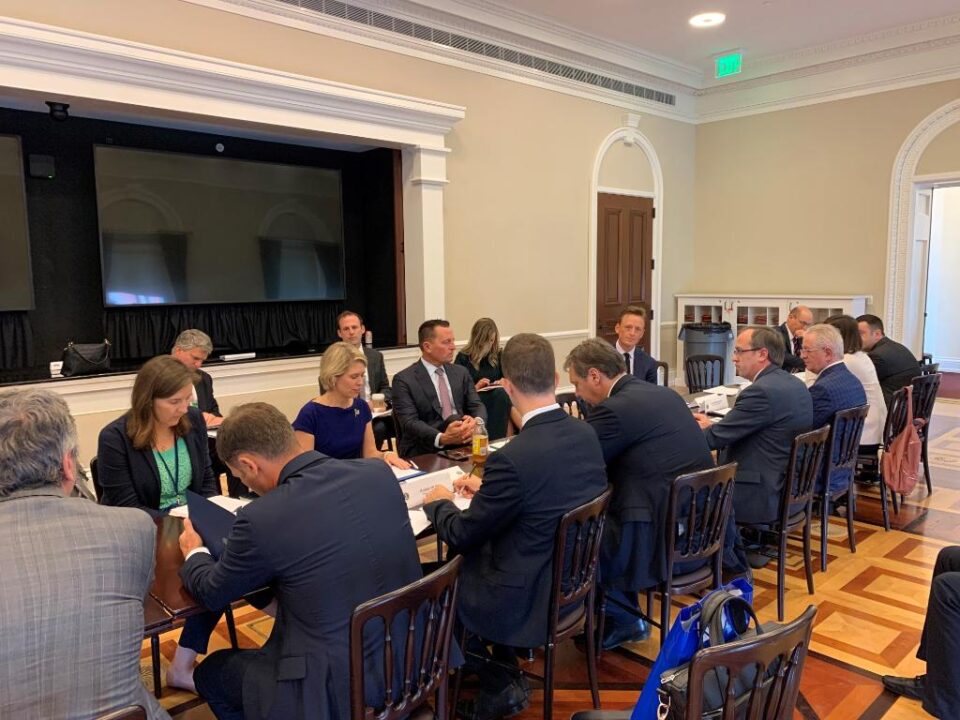 WASHINGTON – Special Envoy of the US President Donald Trump for the Belgrade-Pristina dialogue Richard Grenell said in a special interview for Newsmax that he believes that progress has been made in the negotiations, as well as that he hopes for a solution, N1 reported.

Speaking about the negotiating agenda, he said that it would focus primarily on economic issues, creating jobs in the region, and achieving concrete agreements that would enable the expansion of Western companies in the two countries.

He pointed out that there are certain surprises in every negotiation, which are always good.

“I don’t think there are negotiations that don’t have some surprises, which are good. They put pressure on both sides to do more to create more”, Grenell said.

Possibly referring to the announcement of the Serbian side that a draft agreement included a clause on mutual recognition, Grenell said that sometimes the sides in the negotiations pretend in front of the media that it is a bigger surprise than it is.

“Both sides have been informed and I think we have made progress and I hope for a solution”, Grenell concluded.

Vučić comments on the letter of MEPs: Citizens will always vote against Tanja Fajon