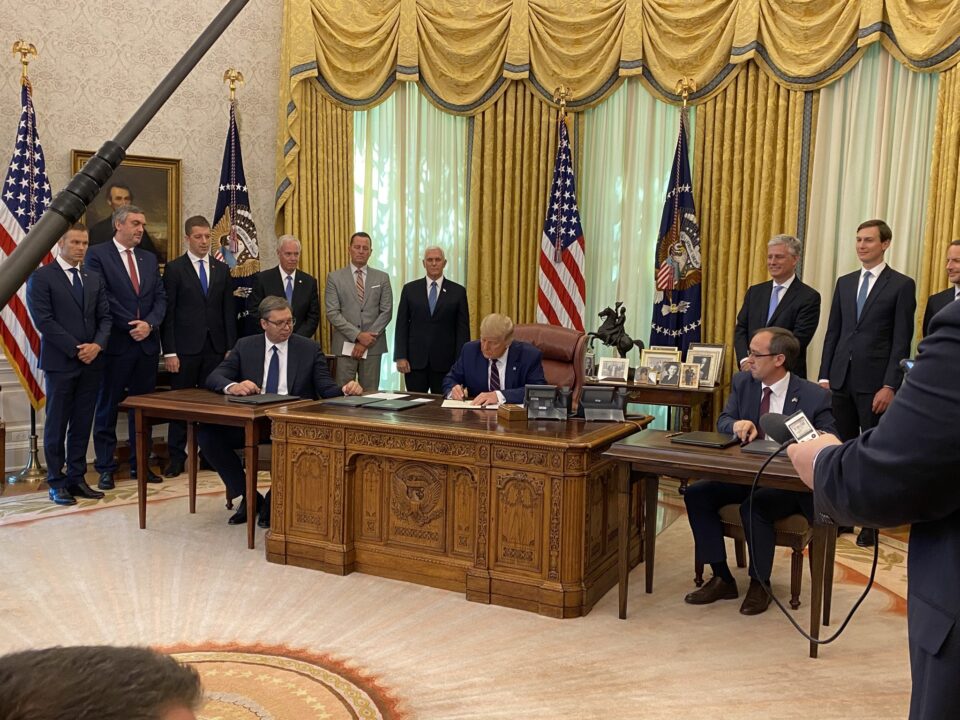 WASHINGTON – President of the United States Donald Trump has announced that Serbia and Kosovo have agreed to economic normalization, the official White House Twitter profile posted.

A photograph released by Reuters journalist Jeff Mason shows the signing ceremony with the delegations of Kosovo and Serbia in the Oval Office.

The details of the agreement are still unknown.