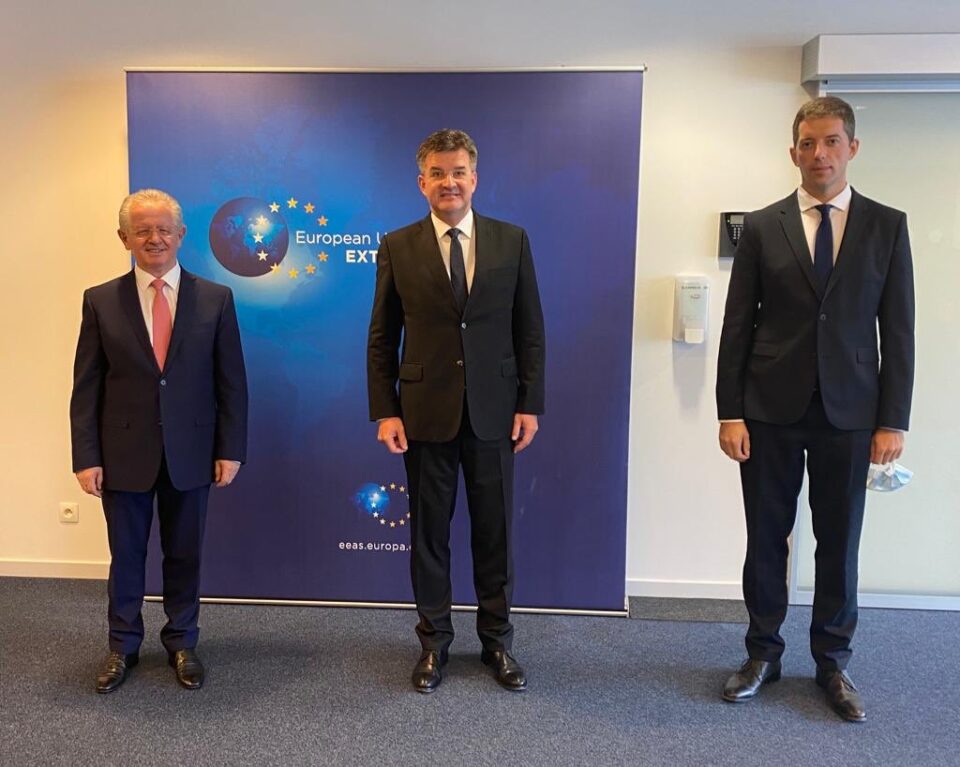 BRUSSELS – Last weekend, Pristina and Belgrade brought their positions closer and agreed on a text on the issue of missing and displaced persons and economic co-operation, following a discussion as part of the fourth meeting of expert teams from Belgrade and Pristina in Brussels, Radio Free Europe reports.

Kosovo’s coordinator for dialogue with Serbia, Skender Hyseni, confirmed that there has been progress and that it remains for the leaders to finalize the agreement on these three issues.

“We have come closer. Today, the discussion and exchange of opinions were a bit more constructive. What’s left is to finish everything at the highest level. There is a visible convergence of views on what I call elements of a comprehensive agreement on mutual recognition,” Hyseni said.

The Director of the Office for Kosovo and Metohija of the Government of the Republic of Serbia, Marko Đurić stated before the meeting that Serbia would act “responsibly, but very offensively”.

Both Đurić and Hyseni, together with the delegations, arrived in Brussels directly from Washington, where Kosovo and Serbia reached an agreement on the normalization of economic relations.

Vučić and Hoti with Lajčák

Ahead of a new round of high-level meeting within Belgrade-Pristina dialogue scheduled for September 7th, Serbian President Aleksandar Vučić and Kosovo Prime Minister Avdullah Hoti met with US Deputy Assistant Secretary of State and Special Representative of the State Department for the Western Balkans Matthew Palmer on Sunday and EU Special Representative for the Belgrade-Pristina Dialogue Miroslav Lajčák.

After the meeting, Lajčák announced on his Twitter account that they were “getting ready for the High-level Dialogue meeting tomorrow”.

After the meeting with Palmer and Lajčák, Vučić stated that the European Union insists that it conducts a political dialogue between Serbia and Kosovo.
“The EU undoubtedly wants a key role for itself and wants to be the bearer of that process. They are analyzing what has been done in Washington, and I think they want to use part of what has been achieved in Washington so that they can progress faster,” Vučić said.
previous post

What counts in Bosnia and Herzegovina and North Macedonia?

Hyseni after the meeting with Palmer: I asked the United States to be present at the negotiating table

CSM to be formed in accordance with Brussels Agreement