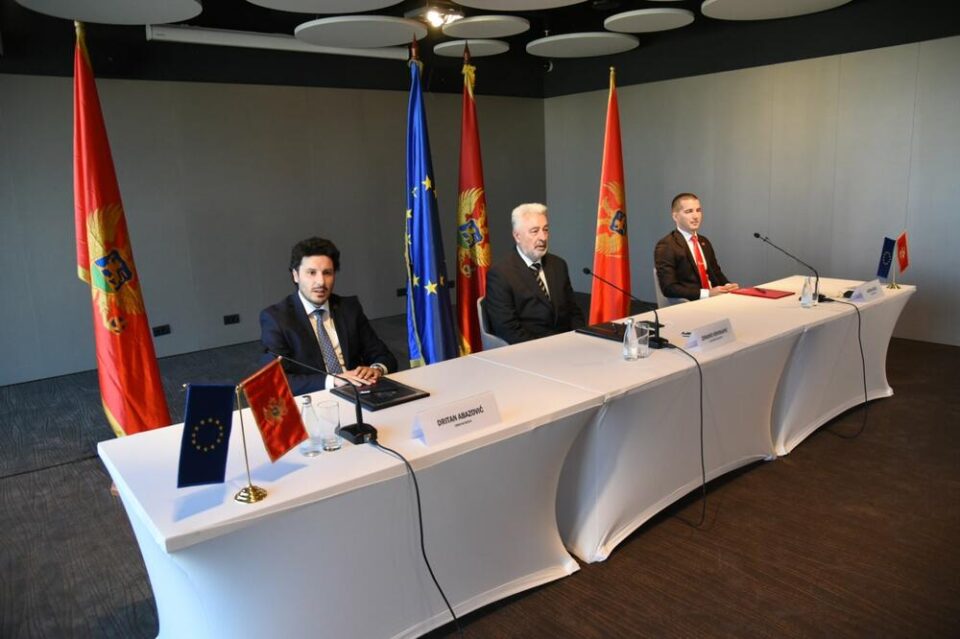 PODGORICA – The draft agreement of the opposition in Montenegro was agreed and signed in front of the journalists, and among other things, it states that the new government will not initiate the procedure for withdrawing the recognition of Kosovo, N1 reported.

At the joint press conference of the leaders of the opposition who should form the new government, Zdravko Krivokapić, said that the signing was a sign that they were on a path that would not be changed.

The agreement adds that there will be no revanchism on political or any basis, then that the new government will pass all laws in accordance with European standards, with the goal of achieving integration under the auspices of the EU as soon as possible.

They agreed that the new democratic government in Montenegro will responsibly implement all international obligations, strengthen and improve cooperation with NATO, that it will quickly and dedicatedly implement all reforms related to European integration, and that it will depoliticize key government institutions to ensure the uncompromising fight against corruption and crime.

Leader of Democratic front coalition Zdravko Krivokapić also spoke about the Law on Freedom of Religion.

“Respecting European standards, we will do the same for this law, which is definitely not in the agreement, but I think it is completely clear that no one has anything against this law being passed, the only problem is that it now endangers property. The one who endangers property and does not provide the most important right to freedom has shown what that means. This was not a question of the referendum that the DPS wanted to show, but a question of the second item, and that is the fight against organized crime and corruption, which is evident at every step. It gives hope that we, as the new government, can change that,” Krivokapić said.

“Great economic and social challenges await us, accumulated problems, empty coffers, the fight against corruption and crime. The future government has the task to dedicate itself to these issues the most. With this dies every manipulation of the DPS, every attempt by analysts, manipulation. We are determined to we are implementing reconciliation and dealing with the issues that burden the citizens of Montenegro the most”, said Abazović.

Presidency member: US envoy said Kosovo status has nothing to do with Bosnia