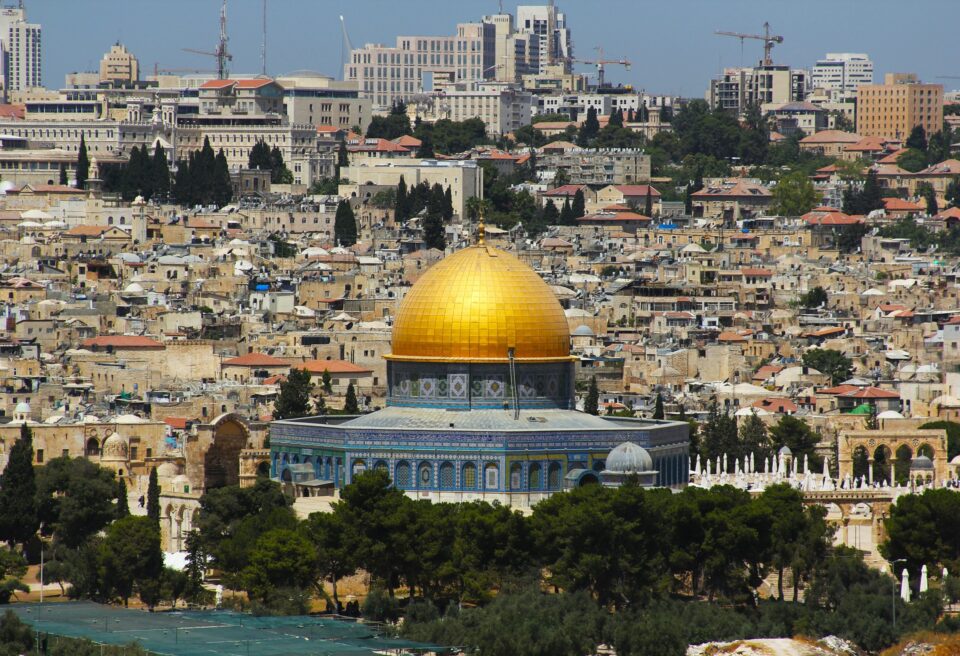 BELGRADE – Serbia has pledged to move its embassy in Israel to Jerusalem, according to point 16 of the agreement in Washington. The decision, which would make Serbia the first European country to make this controversial move, led to the European Union voicing “serious concern and regret” over Serbia’s decision.

The President of Serbia Aleksandar Vučić and the Prime Minister of Kosovo Avdullah Hoti signed an agreement on economic normalization between Serbia and Kosovo last week in Washington in the presence of US President Donald Trump.

Suzana Vasiljević, the media advisor to President Aleksandar Vučić, told TV Prva that the relocation of the Serbian embassy in Israel from Tel Aviv to Jerusalem is not definitive.

“The relocation of the embassy to Jerusalem is not the final decision. The next steps shall be discussed, and it all depends on Israel’s steps after that. So far, we have not accepted anything, and nothing has been signed yet”, claimed Vasiljević on TV Prva.

Nevertheless, based on point 16 of the agreement which is publicly available, Belgrade has committed to opening a trade office in Jerusalem in September 2020 and to relocating its embassy from Tel Aviv to Jerusalem by July 2021. According to the same article of the Agreement signed by Avdullah Hoti, Kosovo and Israel have agreed mutual recognition.

Shortly after the meeting in Washington, the European Union warned Serbia and Kosovo that their decision to move their embassies to Jerusalem could undermine their EU membership prospects.

According to Peter Stano, the lead spokesperson for the external affairs of the EU, the embassy move goes against the official policy of the EU which states that the status of Jerusalem has to be worked out between Israel and the Palestinians and that it should be part of the peace negotiations between the two parties, as reported by FoNet.

“There is no EU member state with an embassy in Jerusalem”, Stano emphasized.

Furthermore, Stano added, the Kosovo and Serbia’s decision to open and move their embassies to Jerusalem is not aligned with EU’s common position on Jerusalem.

“Since Kosovo and Serbia identified EU accession or EU integration as their strategic priority, the EU expects both to act in line with this commitment, so the European perspective is not undermined,” Stano added.

A controversial move which violates a UN resolution

After the Six-Day War in 1967 that Israel waged against Egypt, Syria, and Jordan, Israel occupied East Jerusalem, and the city has been under direct Israeli control ever since. In 1980, Israel passed the Jerusalem Law which declared that “Jerusalem, complete and united, is the capital of Israel”, which was heavily criticized by the United Nations, after which the UN adopted Resolution 478 which was meant to annul the de facto annexation of Jerusalem.

Despite the fact that the US Congress passed the Jerusalem Embassy Act in 1995 which recognized Jerusalem as the capital of Israel and called for the relocation of the US embassy in Israel from Tel Aviv to Jerusalem, no president, until Trump, has decided to take this step.

In late 2017, Donald Trump recognized Jerusalem as Israel’s capital, adding that this should be the new approach for resolving the conflict between Israel and Palestine. In a public statement published by The White House, Trump added: “Israel is a sovereign nation with the right like every other sovereign nation to determine its own capital.  Acknowledging this as a fact is a necessary condition for achieving peace.”

However, Trump added that the US would still support the two-state solution, provided that it is agreed to by both sides.

Moving its embassy from Tel Aviv to Jerusalem, following the US and Guatemala, Serbia would become one of the three countries with embassies in this city. Moreover, it would become the first European country to take this controversial step.

Back in March 2020, after the annual conference of the American Israel Public Affairs Committee (AIPAC), President Vučić announced that Serbia would open its diplomatic mission, as well as an economic office in Jerusalem.

Many experts warn that such a diplomatic step taken by Serbia might lead to hostile and adverse sentiments on the side of the international community, because of the fact that the dispute between Israel and Palestine has not been resolved yet. For that reason, many countries, as well as the EU as a whole, do not recognize Jerusalem as the capital of Israel and refrain from opening their countries’ embassies in this city.

The European Union stays committed to the two-state solution with Jerusalem as the shared capital of the two states and supports the goal of Palestinian state officials to make East Jerusalem the capital of their state.

In addition to the official position of the EU, a large portion of the international community, including the United Nations, supports the two-state solution and calls for peaceful negotiations and dialogue between Israel and Palestine.

In late 2017, the United Nations General Assembly adopted a resolution rejecting the US decision to recognize Jerusalem as the capital of Israel and move its embassy from Tel Aviv. 128 countries voted in favour of this resolution – one of them being Serbia.

One of the crucial parts of this resolution is the provision according to which any unilateral attempt to change the status of Jerusalem would be considered illegal and would have no legal merit, and which calls for dialogue between Israel and Palestine as the only way to resolve the dispute over the status of Jerusalem.

Even though a two-third majority of UN members voted in favor of this resolution, the US has decided to recognize Jerusalem as the capital of Israel and to relocate its embassy to this city.

Hoti: Visa liberalization is a boost to the European integration process