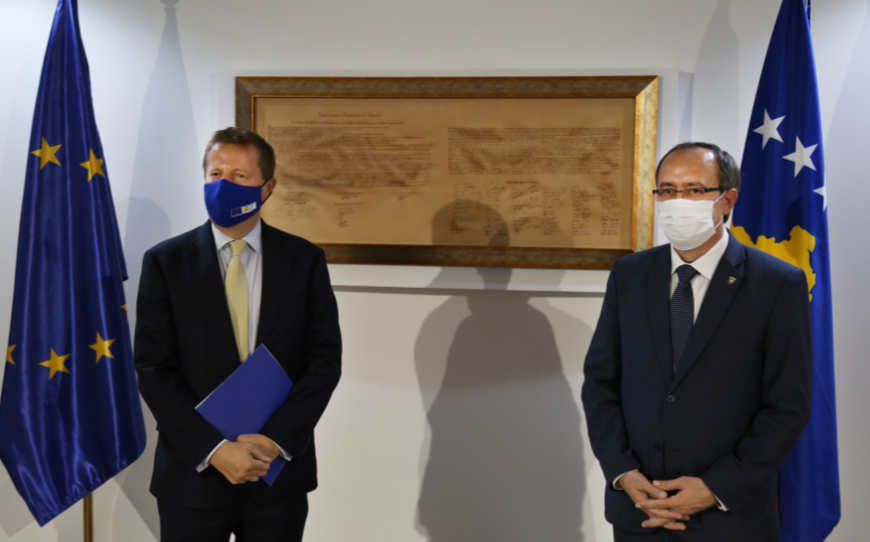 Hoti congratulated Szunyog on his new assignment as the EU’s special representative in Kosovo.

They discussed the cooperation of the Government of Kosovo with the Office of the European Union in Kosovo / EU Special Representative, while Prime Minister Hoti expressed the readiness to deepen and develop this cooperation in a spirit of respect and direct communication on all issues.

“Integration into the European Union is our strategic goal. Therefore, we will be open and cooperate continuously to implement our integration agenda”, stressed Hoti.

EU Special Representative Szunyog reaffirmed his commitment to continue good and functional relations with the institutions of the Republic of Kosovo.

“The European Union is committed to assisting Kosovo in overall development processes, as well as regional cooperation and European integration,” he said.

Szunyog added that in particular, the EU will continue to support Kosovo’s European agenda and the implementation of the Stabilization and Association Agreement.

Szunyog has just started his new task in Kosovo. He has been appointed by the European Council to the position of the new European Union Special Representative in Kosovo in July 2020.