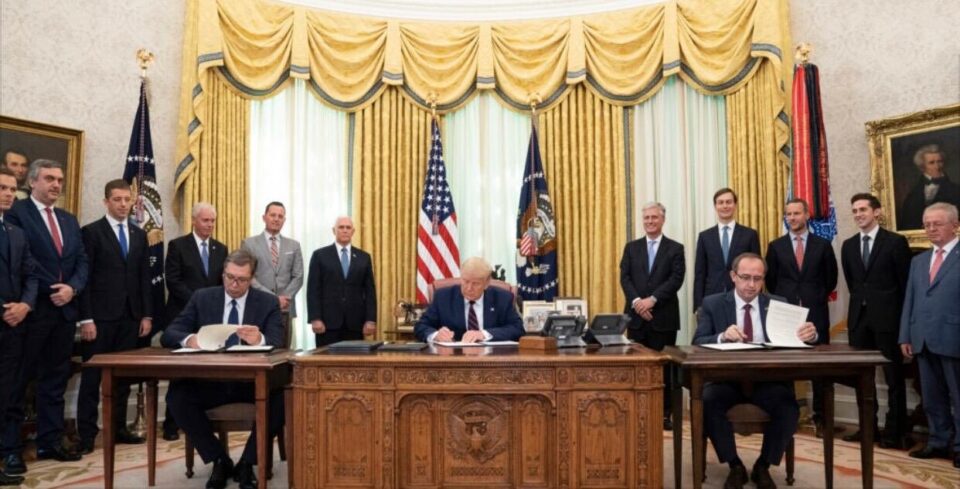 When the dust has settled, it is time to ask the most obvious question: Where are the women in this photo?

It is unclear why Serbia, led by a woman Prime Minister, or Kosovo with a woman for Foreign Affairs Minister, had no gender representation in their delegations in the White House. Is it because women are in those positions to fill the quota or to satisfy some form, but they are excluded when it comes to important decisions. It is fair to assume that no one even considered how this agreement would impact half of the two countries’ populations because of the lack of representation. Someone may wonder why this is relevant. So here is why:

According to the International Peace Institute, an agreement related to peace or territory is 35 percent more likely to last for fifteen years if women participate in its creation. The same report states that the peace agreement is 64 percent less likely to fail with women’s participation. Some recent studies on post-conflict agreements show that the ones that are negotiated without women break down faster than those that do include women, and that “all – male groups take riskier, more aggressive and less empathetic decisions than gender mixed groups.” The World Bank reports that higher gender equality levels make more peaceful states, with a lower-level conflict between and within the country.

Additionally, Serbia’s government signed the UN Security Council Resolution 1325 on Women, Peace, and Security. The WPS not only relates to the specific consequences of the conflict or war but also stresses the importance of women’s participation in peace-building and post-conflict rehabilitation of society. The Serbian government accepted this concept and adopted the National Action Plan that is still in effect.

Also, The Plane is embarked on Serbia’s path toward the EU, and it states: “The Republic of Serbia acknowledges the fact that the EU in its documents stressed the importance of equal participation of men and women in preventing and resolving conflicts and promoting a culture of permanent and sustainable peace.”

Although the White House was announcing a peace deal for months before the meeting, the agreement ended covering broad political and economic issues. For that reason, the deal is now referred to as an Economic Normalization Agreement, bringing Serbia and Kosovo one step closer to the normalization of the relations between them. Despite the fact, that the conflict ended 21 years ago, the both societies still have major problems that are related to the war and post-conflict transformation.

It is not surprising that the problem of missing persons was also covered by this agreement. And since Serbia and Kosovo are still in dispute over territory and captured in the state of frozen-conflict, every deal between them should contribute to building sustainable and long term peace and bringing two societies together. Because gender could be a critical factor in this process’s success or failure, how long-term peace is achieved matters. How can we even expect any progress if we exclude representatives of the half of population from important deals for the future?

In the current state of affairs, everyone is proud of seeing the world as it is, and everyone is embracing “realpolitik” thinking about international relations. But, everyone seems to be blind on overwhelming evidence that women’s participation in these kinds of negotiations bring more sustainable, effective, and better deals.

After all these years of negotiations, maybe the right solution is the most obvious one. It may not bring the results immediately, nor will it make negotiations less complicated or less challenging, but it will make a difference in policy-making and results. Different perspectives can improve the way we think about normalization, peace, and progress.  Bring women to the negotiating table. 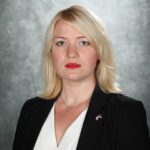 Anita Mitić is pursuing her master’s degree in national security and diplomacy, concentrating on women, peace and security, and grand strategy at the Bush School at Texas A&M, as a Fulbright Student. The last decade she spent working in human rights, reconciliation, and regional cooperation in the Western Balkans. After graduating from the Faculty of Political Science, University in Belgrade, she did a fellowship at World Movement for Democracy that is part of National Endowment for Democracy.