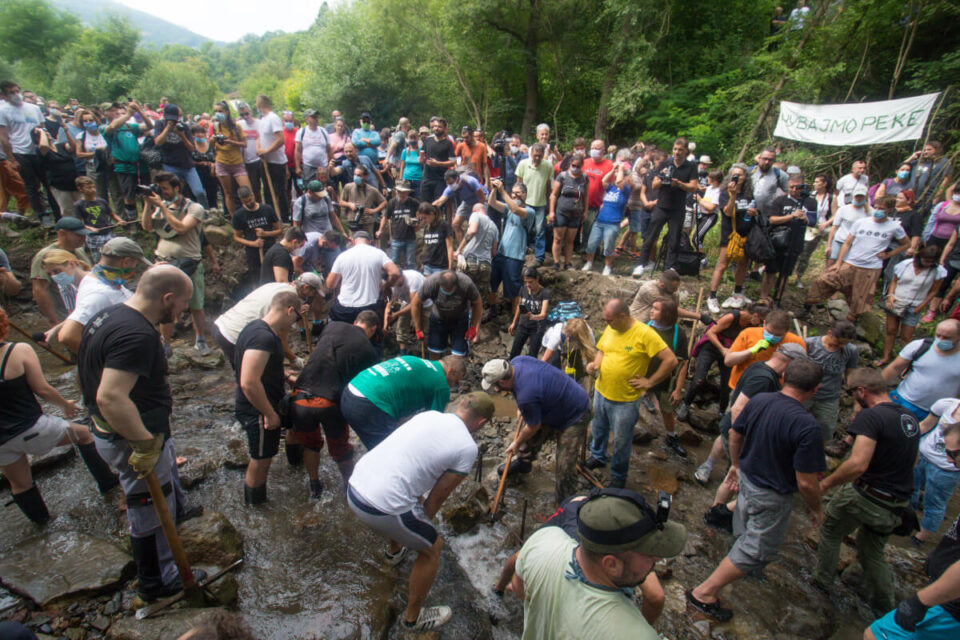 On 15 August, several hundred activists and concerned citizens gathered in a small village of Rakita in southwest Serbia. They came from different parts of the country to perform what at first glance seemed an act of vandalism: they joined together with the aim of dismantling the metal pipes from the local riverbed, put there previously in an attempt to construct the small hydropower plant (SHP) ‘Zvonce’. Oddly enough, their action was entirely in accordance with the official decisions, issued 20 months ago by the Ministry of Environmental Protection and the Institute for Nature Conservation of Serbia, which ordered the investor of ‘Zvonce’ to discontinue any further construction work and to pull out the pipes due to the irregular and nature-damaging way they had been placed in the very bottom of the riverbed. However, not only did the investor ignore the decision, but it was later granted a final use permit for electric energy production. Feeling betrayed by the state institutions, and determined to act upon the official decisions on their own, the local authorities and the environmental initiative Odbranimo Reke Stare Planine issued an open call to all concerned citizens to come to Rakita and jointly help in manually pulling the pipes out from the river. Recognising the political potential of this popular revolt, the call was answered not only by activists and environmentalists but also by some political figures from the opposition.

Why is this event worth our closer attention and further examination? I believe it succinctly illustrates various aspects of the nexus between corrupted power and citizens’ agency in a captured state, including many potentials and challenges inherent to civic resistance and activism.

To understand the background, one should first mention that the construction of SHPs has been the focus of heated debates for some time. Initially praised for their ability to produce clean energy, it soon became clear, as many expert communities fought to explain, that their damaging effects were much greater than the potential benefits. Using the power of small, fast mountain streams, such generation of power indeed does not pollute the environment. But the construction of SHPs significantly impacts the entire ecosystem, by stopping river flows and fish migration, by inducing morphological changes in the ground, and by affecting nearby flora and fauna. As the general public and the institutions of the EU, such as the Energy Community, became increasingly aware of this issue, so too, did the Ministry of Environmental Protection of the Republic of Serbia, which in 2018 announced a ban on the construction of SHPs in protected areas – but thus far no changes in the legal framework have occurred to enable this decision. The working group of the National Convention of the European Union in Serbia, responsible for chapter 27 – environment, published  an analysis of the water resources in Serbia in the same year, stating that the construction of “small hydropower plants has progressively devastating effects on the environment, bringing almost no economic or social benefits to local communities, benefiting only investors.“

In fact, the whole region of the Western Balkans, with its many mountainous areas, has been envisaged for the construction of some 3,000 SHPs –856 of which in Serbia. On top of that, the majority of them are planned to be constructed in protected areas, in mountain forests with rich and fragile flora and fauna, in rivers which serve as reservoirs for drinking water, and even within National Parks. This has caused affected citizens to protest the construction of SHPs, and some of these protests have caught the attention of the general public and media: for example, when the women of Kruščice, in Bosnia-Herzegovina, protected their river day and night with their bare bodies, being directly exposed to police violence; or when, in the small Kosovo town of Štrpce, the struggle against the SHP endangering the source of drinking water united local Albanians and Serbs; or the latest event in Rakita, which has mobilised citizens far outside the affected locality.

An additional problem the protesters have to address is the close linkage between investors and politicians in power, which reveals the lucrative background of the SHP building plans in the Western Balkans. Namely, one of the main drivers of their expansion in the region is the availability of public financial support in the form of state-sponsored feed-in tariffs. “Originally foreseen as a means to boost all forms of renewable energy, including solar and wind, in the Western Balkans feed-in tariffs have been disproportionately directed towards small hydropower plants”, notes a report by the CEE Bankwatch Network. The report condemns corruption and nepotism in the renewables incentives system and urges a more transparent renewables support system, in line with the EU’s Guidelines on State Aid for Environmental Protection and Energy.

Several conclusions could be drawn out from the described events: 1) environmental concerns are increasingly capable of mobilising citizens to protest against corruptive and clientelist regimes, as they refer to tangible, life-threatening issues and their capacity to polarise protestors is low. 2) Ecological issues, like air pollution or SHPs, are becoming a common concern for the whole region of the Western Balkans. There is a potential for joint strategies, which could hopefully migrate to other political domains, and this could also signal to the EU that a synchronised, unique approach is needed. 3) As well as potentials, many challenges are present too: these protests and concerns clearly signal the citizens’ willingness to be included in the political decision-making processes, to make their voices heard and to be taken into account. At the same time, this important democratising potential provides a suitable terrain for populist and right-wing forces to flourish. Bearing this in mind, it is important for progressive stakeholders to engage closely with environmental struggles.

Furthermore, this is a unique opportunity for: a) new democratic social movements and citizens’ initiatives to build their presence, strategies, and alliances, and to address heterogenous citizens’ grievances with the progressive political agenda; b) the EU not to overlook these problems, but to take them as a palpable manifestation of democratic backsliding in the region, and as potential arenas where new democratic players could emerge, but one where new right-wing, identity-based claims could also easily be put on the agenda in the absence of an alternative, firm and coherent progressive programme.

EWB SCREENING / Igor Novaković: Serbia will have to decide where it belongs 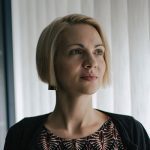 Jelena Vasiljević is a Research Associate at the Institute for Philosophy and Social Theory, University of Belgrade. Her background is in political anthropology and citizenship studies. She is a member of Balkans in Europe Policy Advisory Group.