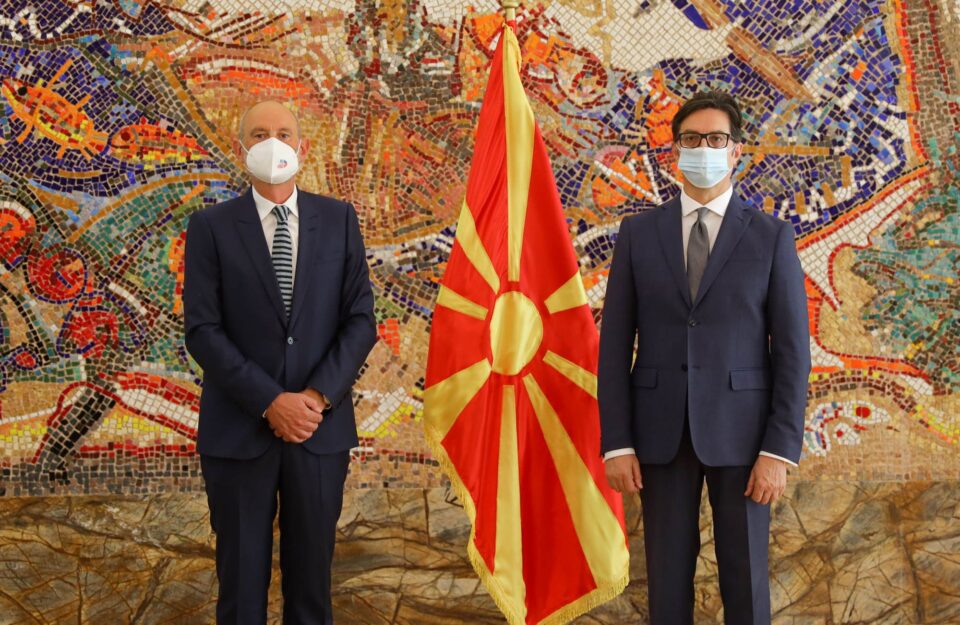 He reminded that the Council of the European Union made the historic decision to open membership negotiations with North Macedonia in March.

“This happened after significant reform achievements, the difficult decisions that confirmed the chosen direction of this country. Now we can all look forward to the official start of negotiations at the Intergovernmental Conference”, Geer said.

Pendarovski expressed his conviction that the start of negotiations and the revised methodology will not only contribute to further stabilization of the situation in the Western Balkans but will enable North Macedonia to implement the necessary reforms faster and more efficiently, especially in the area of organized crime and high-level corruption.

“I would like to thank the European Union for its selfless assistance during the COVID-19 crisis, which is still ongoing”, he added.

David Geer was appointed as the new EU Ambassador to North Macedonia following the conclusion of the mandate of Samuel Žbogar. He arrived in Skopje on Friday.

He previously served as Head of Division for Sanctions Policy at the European External Action Service. Before, he was Deputy EU Representative to the West Bank and Gaza.