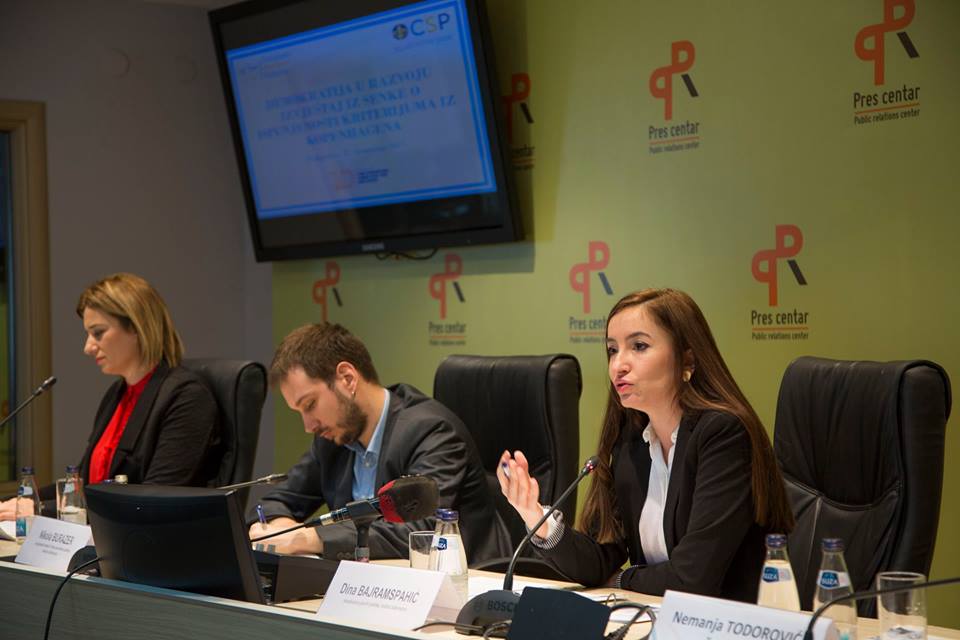 This is the eighteenth day since the Democratic Party of Socialists (DPS) lost the election, after having spent thirty years in power, and Montenegro elected a new government for the first time. Surprisingly, everyone seems to have already adapted to that fact and accepted the new situation and their respective new positions.

Prognoses had been pessimistic: many had claiming categorically that DPS reaction to losing the election would have been much more dramatic. Today, however, DPS is already signing its statements as an opposition party and things seem to be getting back on track.

This is something to be satisfied with and will probably lead to Montenegro being less characterised as a ”captured state“ and a ”hybrid regime“. The psychological importance of the fact that it is possible to lose an election is huge and novel to us. We expect that it will help build the institutions and promote soberness and accountability, while reducing arbitrariness.

Believe it or not, only two months ago, the then opposition and now the incoming government, still advocated for an election boycott. That was abandoned due to a lack of consensus among all the opposition parties; that strategy makes sense only if they all boycott in order to deny legitimacy to institutions. Still, unexpectedly, thanks to the close election result, a new era is emerging. This is a great opportunity for our country, and the entire society is responsible for making the best possible use of it.

One thing cannot be stressed enough, namely that the necessity of political changes in Montenegro  had become axiomatic, a conditio sine qua non.

The accumulating problems needed no evidence or elaboration: corruption, organised crime, captured judiciary, politicised administration, discrimination of political opponents, drastic social fragmentation, the gap between the rich and the poor etc. DPS had lost the trust of both national and international stakeholders, to the extent that nobody trusted them even when they were telling the truth.

Did these problems topple DPS?

Regretfully, I have to say that they did not.

The changes that have taken place are democratic and come as a result of the will of the majority, but they cannot be said to be emancipatory, as they resulted from the power of what is ”irrational“ authority according to Erich Fromm’s typology.

I am quite convinced that Đukanović would have won that one extra seat in the Parliament had the Metropolitan of the Serb Orthodox Church, Amfilohije Radović, not mobilised citizens to vote against the government in the face of the threat to the position of that church in Montenegro.

My argument relies on two facts, in the least. Firstly, the astonishing share of as many as 32.55% of citizens decided to circle on the ballot a completely anonymous person who had never appeared on TV until one month ahead of the election. The anonymous candidate Zdravko Krivokapić got such support because he was reported to have been handpicked by Amfilohije.

In the 2016 election, the Democratic Front (DF) won 20.32% of the vote; they can thank their religious leader for the remarkable rise. In addition, according to public opinion polls, DF could count on as little as 13.2% of support in December 2019, prior to the adoption of the controversial Freedom of Religion Law!

The second fact is that URA, a civic, progressive party that centred its campaign around anti-corruption policies, won only 5.5% of the vote. The third constituent of the incoming government, the moderate Democrats and Demos, failed to achieve the expected increase. In 2020 they won only 12.53% of the vote, compared to 21%, which was their aggregate result in 2016.

Given the strength of the DF, the change of government in Montenegro carries new challenges and makes the one-half of citizens who did not vote for them feel uncomfortable. I believe that interpretations whereby all those who are concerned about DF rising to power are really concerned about the high positions of DPS officials and are defending the former government are unfair.

I am also certain that no one, including the incoming government will profit from sweeping the problems under the carpet, as they will keep tripping over them all the time. Most of the ideas from the DF’s programme are identity-related and trigger large-scale emotional confrontation; the party is financially backed by the Serbian President Aleksandar Vučić.

All that you have heard about DF is probably true and comes not as a result of the DPS’ smear campaign against them, but their own conscious actions, often highly retrograde and going against the human rights of minorities and LGBT persons, while also contesting the right of the Montenegrin to self-declaration.

DF MPs have not held back from attacking the media and the NGOs that disagreed with them, and have not demonstrated high democratic capacity.

However, with the international community acting as the mediator, the three representatives signed an agreement that puts a freeze, at least temporarily, on many of the major contentious issues. This is a very positive step that would not have been possible without the DF agreeing to compromise.

The new government is underway and the choice of its members will largely decide its future. Its three constituents actually gather twelve very diverse entities, whose relations are not optimal and will hinder long-term operation. Still, the will to make use of the opportunity is tremendous, so there will be strong motivation to overcome the obstacles. The new majority is open for negotiations with the parties representing the national minorities, in order to secure the majority vote in the Parliament for the important positions in the judiciary (Montenegro requires either a two-third or a three-fifth majority for that). Expanding the group of MPs would also alleviate the fears that someone might break their own ranks and switch to the other side and thus collapse the government.

The new government is expected to get the institutions on their feet, discontinue the clientelist practices, and stop the institutions from working for the sole benefit of the ruling political elites. However, the new government can realistically be expected to face the pressure of its supporters, who will want their demands and needs met. Awareness is more difficult to change than government. Separation of party resources from the government ones cannot bed one either easily or quickly; it is up to the society to demonstrate watchful activism in monitoring their each step. 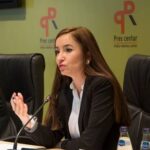