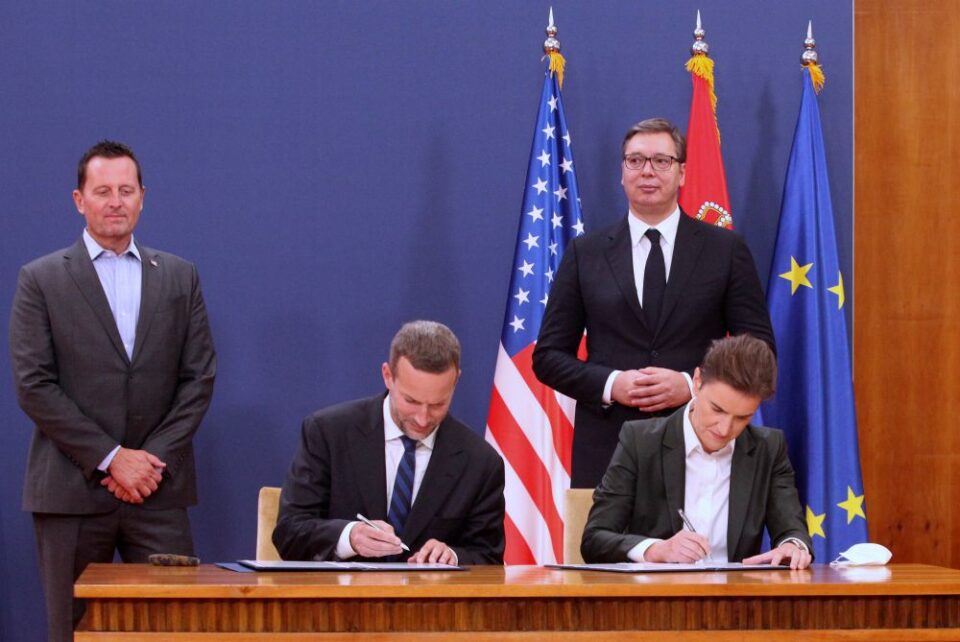 BELGRADE / PRISTINA – During this week’s visit of United States delegation, Governments of Kosovo and Serbia signed agreements with the International Development Financial Corporation, which also opened its office in Belgrade to strong praise of Serbian leadership.

In the documents signed at the White House earlier this month, the so-called “Washington Agreement”, Kosovo and Serbia agreed to work with the US International Development Finance Corporation and EXIM on memorandums of understanding to finance various projects, including Niš-Pristina “Peace” highway.

The visit was particularly well received by Serbian leadership. On Wednesday, outgoing Prime Minister of Serbia Ana Brnabić said that a new era in both economic and political relations with the US had been opened and that she could not remember when they were so close.

Earlier, President Aleksandar Vučić said “the doors have been opened to renew Serbia’s old friendship with the US”, N1 reported.

He, however, downplayed the expectations of a political agreement with Kosovo in an interview for Reuters.

On Monday, the delegation met with Kosovo Prime Minister Avdullah Hoti in Pristina. DFC CEO Adam Boehler said that, based on the agreement, one billion dollars will be invested in Kosovo, Gazeta Express reports.

Grenell also met with Kosovo President Hashim Thaçi and was presented with a presidential medal for his contribution to the Belgrade-Pristina dialogue.

It was a pleasure to award SE Amb. @RichardGrenell the Presidential Medal of Merits, for his exceptional contribution in achieving the economic normalization agreement b/w #Kosovo & #Serbia. Forever grateful to the US leadership for their tenacity to ensure prosperity in WB 🇺🇸🇽🇰 pic.twitter.com/UD3ZPvPGU3

On Tuesday, the ceremony of opening of DFC office in Belgrade took place, with Boehler saying that the act is a historic moment and welcoming the courage of the Serbian President and Kosovo Prime Minister along with US President Donald Trump.

“The leaders of the region chose their people instead of divisions and new jobs instead of the division of the past”, he said and added that a billion dollars have been earmarked for a number of projects, including capital investments, support for SMEs and support to women’s entrepreneurship, which is an initiative of Ivanka Trump, N1 reported.

The presidents of the Chambers of Commerce of Serbia and Kosovo, Marko Čadež and Berat Rukiqi, announced in a joint statement on Tuesday the establishment of a joint team that will help more efficient implementation of projects, as a contribution of business communities to economic normalization envisaged by the Washington agreements.

EU Spokesperson Ana Pisonero confirmed to Radio Free Europe that many of the projects listed in Washington are already covered by the Western Balkans Investment Framework (WBIF).

“For example, the EU has provided technical assistance for the entire peace highway and has already approved investments for the first sections of the highway in Serbia and Kosovo”, Pisonero said in a written response submitted by RFE / RL.

According to Pisonero, some of the projects mentioned are new and should be thoroughly assessed “in terms of feasibility and compatibility, as well as EU plans for the region”.