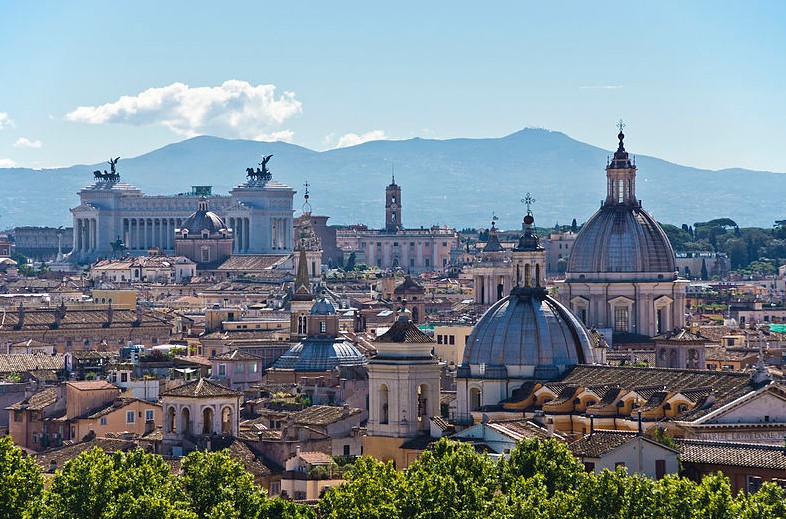 ROME – Western Balkans should join the EU, but regional political elites should do their part of the job is one of the conclusions of the first panel of the yesterday’s conference “Balkan Perspectives 2020: The Fight for a Timely Inclusion” organised by NATO Defense College Foundation.

“There is no doubt to us that this part of Europe should join the EU and Euro-Atlantic institutions. The point of arrival should be visible and concrete. The Balkan is important because this is the region in which EU and NATO work closely together for the benefit of all”, said Alessandro Minuto-Rizzo, President of NATO Defense College Foundation in his welcoming remarks.

The first panel titled “Ways and means for a credible inclusion” dealt with the current state of the EU and NATO integration of the Western Balkans countries and what can be done to improve on them.

The discussion was opened by Maciej Popowski, Acting Director-General of the Directorate-General for Neighbourhood and Enlargement Negotiations, who said that the integration of the Western Balkans is a top priority of the EU.

He said that with the introduction of the new methodology the aim is to make the enlargement process more predictable. The negotiations will be organised in six clusters and this will provide more clarity to the countries themselves. He added that the enlargement package will be presented next week.

Popowski said that this year’s European Commission Report will be affected by the COVID-19 pandemic which has affected the whole region.

“The consequences will be severe and we are supporting longterm economic recovery of the Western Balkans. The Commission will include an investment plan for the region. It will make a link between Von der Layen’s Commission and the EU as a whole”, explained Popowski.

Head of OSCE Mission to Serbia, Andrea Orizio said the OSCE is providing a platform for inclusive dialogue. He said that his mission is cooperating with local authorities and civil society organisations.

He said that there are four areas which are essential: a system based on rule of law, accountable security forces, functioning representatives, and free and professional media performing its watchdog role.

“The mission supported the new media strategy. Our support enabled transparent and participatory discussion. Everyone was sitting on the same table”, said Orizio, adding that sometimes it is difficult to gather people.

Speaking about the recent elections in Serbia, Orizio said that the mission fostered an ODIHR mission and it is still waiting for the election report, but the OSCE will continue to assist ODIHR and other institutions.

“There is a new parliament that has failed to start its function and elect the speaker. This is something essential”, concluded Orizio.

Ahmet Ervin, Founding Dean of Faculty of Arts and Social Sciences at Sabancı University, said that there is a predominance of the centrifugal forces that are active in the region. Furthermore, convergence is lacking among countries.

“Last week there was the intervention of Bulgaria trying to stop the accession talks of North Macedonia because of history”, cited Ervin.

In his opinion, this kind of moves creates space for other actors in the region, such as Russia or China through it’s Belt and Road Initiative.

“The Belt and Road Initiative carries the burden of debts to smaller countries. example of this is the highway in Montenegro”, said Ervin, adding that Montenegro’s public debt reached 80% of its GDP.

He concludes that from the EU side, China’s 17+1 Initiative is a driving wedge in relations with the region.

Financial Times Correspondent Valerie Hopkins agrees that there is a significant influence of China. She thinks that it is interesting to see Chinese relations with Serbia, where according to her almost half of the citizens think that China is the biggest donor of Serbia.

Hopkins thinks that it is also interesting to observe the role of the United States and the effect of the new Washington Agreement between Serbia and Kosovo.

“It demonstrates the interest of the US in the region”, said Hopkins, adding that she thinks that Serbian officials are genuinely happy because of the start of the new relations.

She also spoke about relations between Serbia and Turkey which she thinks is very strong, which is evident because of the frequent visits between President Vučić and President Erdogan.

“The Balkans is a great theatre and you need to go beyond the fog to get to know the happenings”, said Laris Gaiser, Visiting Lecturer at Diplomatic Academy of Vienna.

He explained that it is easy to destabilize this part of Europe because there are many small countries with various political elites. It is up to these elites to convince the public in joining the EU, NATO and/or NATO.

“Slovenia is today a part of the EU and NATO because of its political elite. The political elites used media, institutions in order to convince their citizens”, said Gaiser adding that this led to the referendum in which around 90% voted yes for EU and around 60% for NATO.

The event is organised in cooperation with the NATO Public Diplomacy Division, the Balkan Trust for Democracy, the European Union and the NATO Defense College

Risi: KFOR is still dealing with a complex security situation in Kosovo

Reply Retweet Favorite
EP gives green light to IPA III, with the possibility of suspension of assistance if the respect of ‘fundamental’ v… https://t.co/2x3mb7hnRM