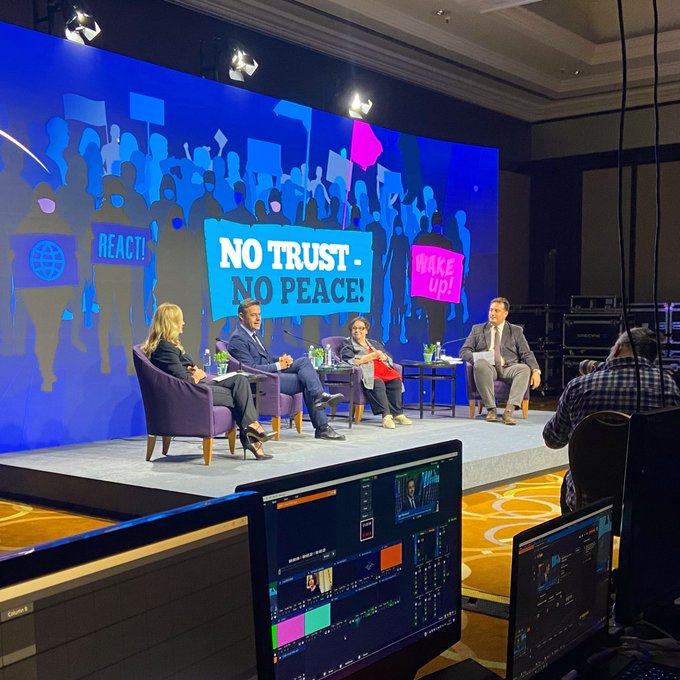 BELGRADE – The lack of trust is not unique to Serbia and the region, but also to Europe and the world, hence the title “No trust – no peace”, it was said during the first panel of the Belgrade Security Forum (BSF).

This year’s iteration of the Belgrade Security Forum (BSF) will be held throughout the month of October 2020, as a series of online events.

Participants of the tenth Belgrade Security Forum will initiate a discussion on issues that emerged as particularly important in the previous period marked by the pandemic – lack of trust and solidarity in international relations, manifested through the crisis of multilateralism, trust in technology and its impact on global development, state of democracy, which was among the first to be hit during the pandemic.

Some of the speakers at the Forum will be: Miroslav Lajčák, EU Special Representative for the Belgrade-Pristina Dialogue and regional issues, Matthew Palmer, Deputy Assistant Secretary United States Department of State and Olivér Várhelyi, European Commissioner for Neighborhood and Enlargement.

Questions of populism, far-right nationalism and organized crime have been burdening the global society and therefore will be addressed during the 10th Belgrade Security Forum.

Sonja Licht, President of the Belgrade Fund for Political Excellence, stressed that BSF is not only Serbian event adding that it is a regional event, for the region and for the world.

“In the next 10 years I would love to see more attention to the world, because not only our region, but the whole world is in the struggle. I would love that BSF host UN Secretary-General. Because the UN is still the only institution devoted to the world”, she said.

She pointed out that leaders do not bring peace, although they are responsible for it, but that people are the ones who should bring peace.

“We need to talk about peace – a positive peace. The peace that is lasting that is sustainability and peace that people are building, not political leaders”, Licht told.

She said that the Government of Serbia understand the importance of BSF but they are not supporting it financially.

“Serbian state understands the importance of Belgrade Security Forum but they are not supporting it financially. Some say that this is good because of the independence, but I don’t see why BSF can’t retain independence and still be helped by Serbian state”, Kovač told.

She herby invites Serbian state to help BSF forum in any way it can.

Kovač assessed that there is sometimes a lack of trust between EU and Western Balkans.

“There is also a lack of trust between the EU and Western Balkans countries. EU are not fully convinced that WB is committed to EU integration. On the other side WB is concerned if EU wants them in their family”, she said.

Igor Bandović, Director of Belgrade Centre for Security Policy, noted that pandemic changed a lot of things, especially the position of civil society in the Western Balkans.

“I think that CSOs have started to lose space and because of the pandemic we are losing physical space which is a huge challenge to use”, Bandović told.

He assessed that social anxiety due to COVID-19 pandemic is creating anxiety between the people.

Várhelyi: Regional economic integration is an opportunity to move closer to the EU market