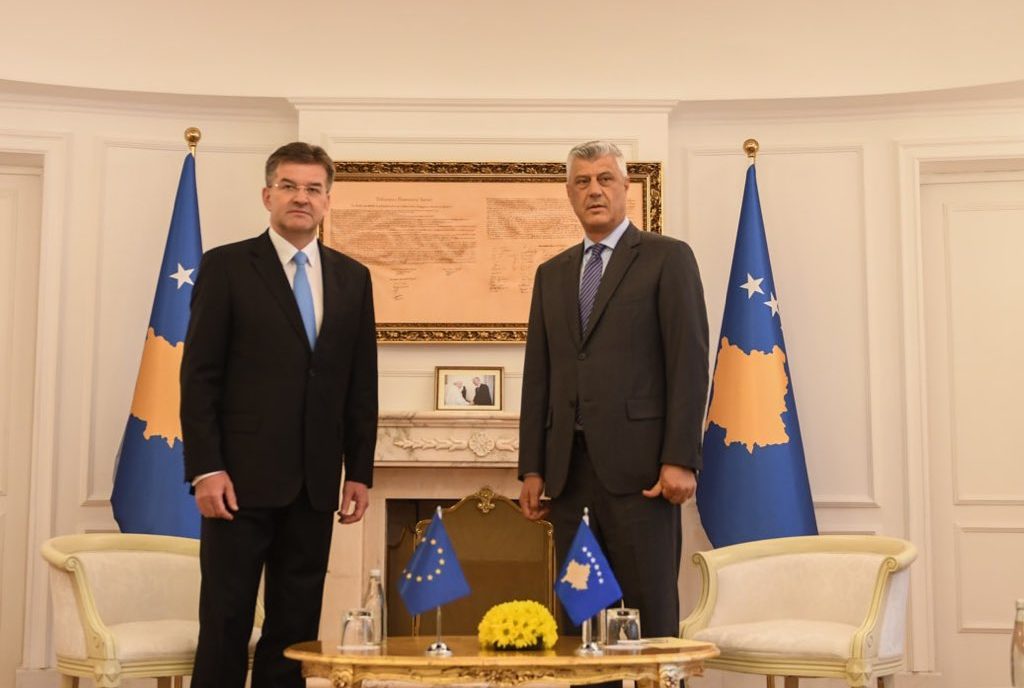 BRUSSELS – The President of Kosovo, Hashim Thaçi, requested yesterday after the meeting with the EU Special Representative for Belgrade-Pristina Dialogue Miroslav Lajčák in Brussels, that the process of dialogue with Serbia continues, because, according to him, dialogue has no alternative, N1 reports.

“Dialogue has no alternative. Kosovo and Serbia must reach a final agreement. We need the EU and the EU needs us. We must act,” Thaçi wrote on his Twitter account.

Excellent conversation with @MiroslavLajcak in Brussels. The dialogue has no alternative. #Kosovo and #Serbia need to achieve the final agreement. We need the #EU and EU needs us! We have to act. Lajcak has my support in this process.

The President of Kosovo added that Lajčák has his support in this process.

Representatives of Kosovo and Serbia were supposed to meet in Brussels on September 28, but the meeting was postponed. While Serbia wants the topic of conversation to be the Community of Serb Municipalities (CSM), the Kosovo side points out that this issue cannot be reopened because it ended with the agreements from 2013 and 2015.

A few days ago, the Prime Minister of Kosovo Avdullah Hoti, reiterated that there is no opening of the topic on CSM in the dialogue, that the creation of CSM is an international obligation of Kosovo and that it will be formed in accordance with the decision of the Constitutional Court of Kosovo from December 2015.