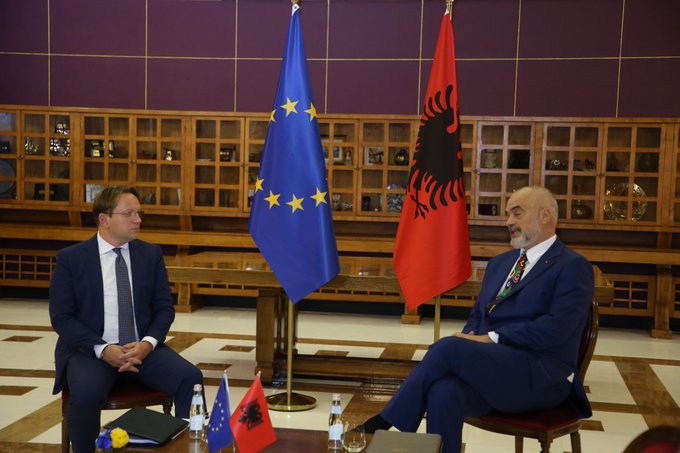 “Political parties to engage in the implementation of electoral reform. You should know that electoral reform is a prerequisite for the Intergovernmental Conference”, said Várhelyi in his speech to the Assembly during his visit to Tirana.

He added that the country has made progress in the fight against crime.

The Enlargement Commissioner welcomed the formation of new justice institutions, taking the country close to meeting all the conditions before the first intergovernmental conference.

He called for the implementation of all reforms included in the 5 June agreement.

Várhelyi said that he had brought good news for Albanians while emphasizing the economic investment plan.

“We have come or are coming to the end of the renewal of what is called enlargement policy. When we started working as a commission, we made it clear from the first day of duty. We really have it and we will continue to work with the Western Balkans. We will do the same with the enlargement policy. We take it seriously. We were able to reach an agreement on opening negotiations with Albania and North Macedonia. We now turn to the third segment of this great work, and that has to do with the economic investment plan”, he told.

He explained that the plan should speed up the work the region needs to do to catch up with the EU.

“This is a plan we have built with the countries of the region. We are not here to tell you that this is the best thing to do, but to listen to you. Ideas, projects have come to us, so that the recovery is faster. We have compiled and designed this package, given what has been said by the region. We think that the plan we are here today, can change the landscape of the region for the next 4-5 years. We are receiving 9 billion euros in grants for this plan”, Várhelyi said.

BiH Presidency: EC report shows constant progress in fulfilling the 14 conditions from the Opinion of the EC