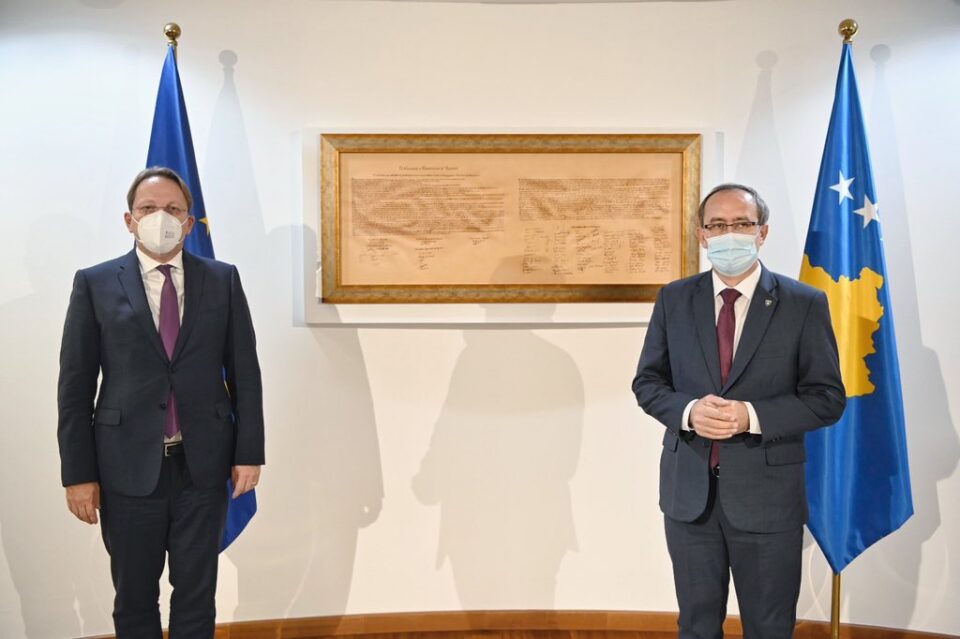 PRIŠTINA – EU Commissioner for Neighborhood and Enlargement Olivér Várhelyi said that Kosovo has fulfilled the conditions for visa liberalization, but that now EU member states must be convinced in that, during his official visit to Pristina, after a meeting with Kosovo Prime Minister Avdullah Hoti, FoNet reports.

He added that from day one “we have committed to helping change the reality in this region, such as the economy for businesses and citizens”.

“I think that the Economic and Investment Plan could be a change of game for the region within three, four or five years,” he underlined.

According to him, it is crucial to have a common economic field in the Balkans, because these investments will bring benefits only if they operate at the regional level.

“As with any offer, I am making some demands: speed up reforms because these investments go hand in hand with reform efforts,” Várhelyi concluded.

Várhelyi: Progress has been made in the Belgrade-Pristina dialogue

Várhely assessed that progress has been made in the Belgrade-Pristina dialogue and although those negotiations are not easy, the momentum that has been created must be further developed, N1 reports.

After the meeting with Hoti, he assessed at the joint press conference that the EU Special Representative for the Belgrade-Pristina Dialogue Miroslav Lajčák and the American partners are interested in that process.

Hoti said that, if a final agreement is not reached, Kosovo and Serbia will continue as “two neighboring countries that do not recognize each other”. He assessed that progress has been made in the dialogue and that ways must be found to overcome difficult topics in order to reach a final agreement.

The European Commissioner is visiting the countries of the Western Balkans to present an Economic and Investment Plan and new annual EC reports on progress in the European integration process.

Várhelyi: Electoral reform in Albania is prerequisite for holding the first Intergovernmental Conference