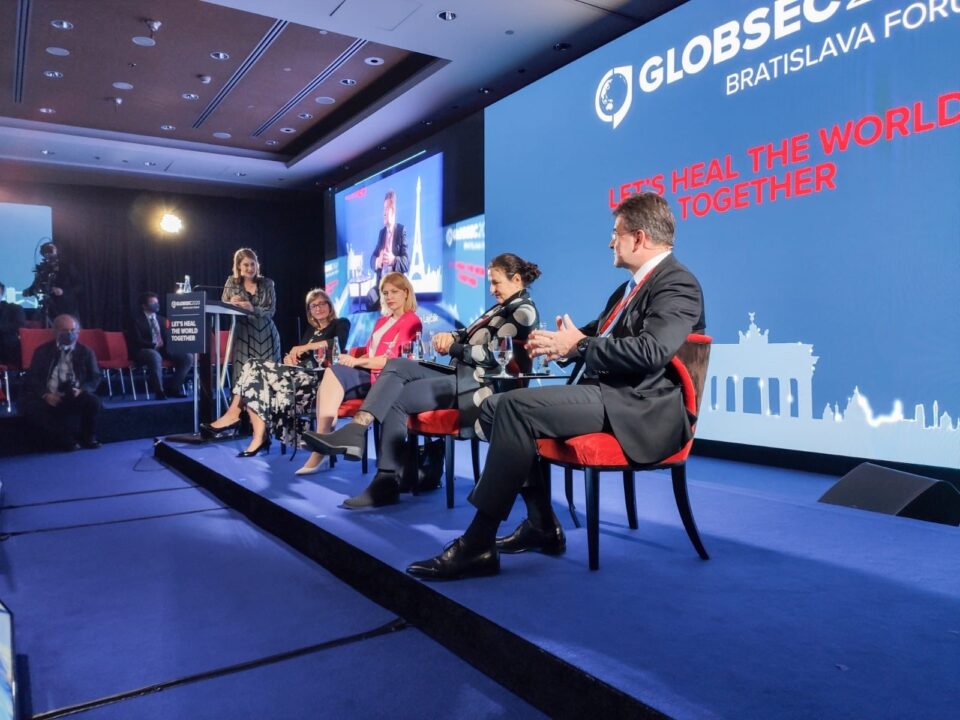 BRATISLAVA – The region has to show a clear commitment to the EU, said Miroslav Lajčák, the EU Special Representative for the Belgrade-Pristina Dialogue.

The new Economic and Investment Plan is a serious effort of the EU to bring the economies of the region closer, stated Katarina Mathernová, Deputy Director-General for Neighbourhood Policy and Enlargement Negotiations of the European Commission.

During a panel discussion at the GLOBSEC 2020 Bratislava Forum, Miroslav Lajčák talked about the Washington Agreement and the role of the US in the dialogue between Belgrade and Pristina, while Katarina Mathernová discussed the economic aspect of the EU-led effort to bring the countries of the Western Balkans closer.

“We welcome any activity that is here to support the EU-led process. There can be many tracks, but only one track brings Serbia, Kosovo and the rest of the region closer to the European Union”, said Lajčák, and stressed that the infamous embassy move to Jerusalem will not bring them closer to the EU.

Lajčák said that both Serbia and Kosovo understand the necessity and the importance of the dialogue in getting closer to the EU, and that there is no alternative to the dialogue.

“After almost ten years of the process, we want to bring this to an end and to sign a comprehensive legally binding agreement that will solve all outstanding issues once and far all”, Lajčák argues.

The panelists also talked about the rising presence and influence of China, Russia and other foreign actors across the Western Balkans.

Katarina Mathernová said that the EU should assert its authority and presence in the whole Western Balkans region, and throughout its broader neighbourhood.

“On Tuesday we published the new Enlargement report, but we also published the Economic and Investment Plan, which is a serious determination to bring the economies of the Western Balkans closer to the European average. We are putting the emphasis on the long-term growth path of these countries”, Mathernová argued.

Lajčák added that the EU does not mind having an open conversation with Moscow or Beijing, but that the countries of the Western Balkans have to be clear about what their priorities in foreign politics are.

“European Union is helping them a lot, but we need to see a clear commitment. You have to have your priorities clear and right”, Lajčák emphasised.

He also added that Serbian President Vučić told him that the government that he is about to appoint is going to be the most pro-EU government in Serbian history, and Lajčák added that the EU hopes to see this very soon.

Pendarovski: The new Economic and Investment Plan shows that the EU really cares about the WB