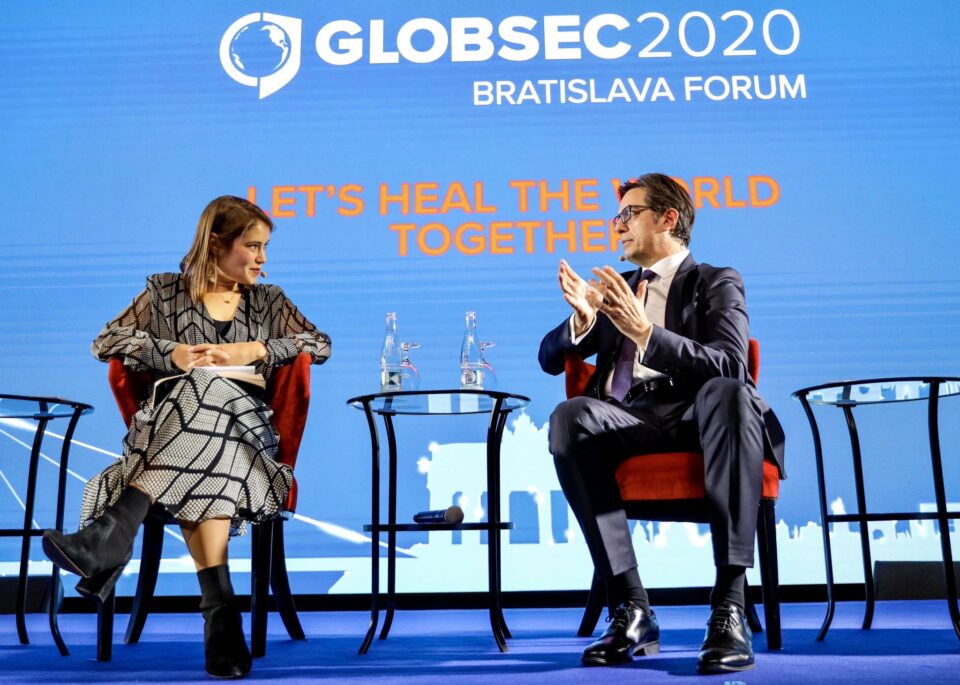 BRATISLAVA – The new Economic and Investment Plan shows that the EU really cares about the Western Balkans, said Stevo Pendarovski, the President of the Republic of North Macedonia.

Pendarovski said yesterday at the GLOBSEC Bratislava 2020 Forum that they were positively surprised about the new Economic and Investment Plan for the Western Balkans and the concrete measures that the Plan foresees, which he argues, is even more important at this moment of crisis imposed by the global pandemic.

“European Union solidarity, which has been questioned many times in the past, has now proven to anybody that it is real, that it exist and that it is really delivering”, Pendarovski argued, and said that the Plan shows that the EU really cares about the Western Balkan states, which is an encouraging sign for the people in the region.

He also said that the PM of North Macedonia will be traveling to Sofia in two or three weeks to speak with his Bulgarian counterpart Borisov.

“We have some outstanding issues to resolve with our Bulgarian friends and I can tell you that we are ready to do that by the end of this year, and to finally start with the negotiations with the EU”, Pendarovski stated.

Pendarovski also said that the initiative to bring the countries of the region together in the “mini-Schengen” area was the first autonomous regional initiative stemming from the region, as opposed to being set by the EU.

“The core of the “mini-Schengen” initiative is more than welcome in the region. But I would like to see “maxi-Schengen”, all six Western Balkan countries to be in that initiative. We do not need new divisional line in the region”, he emphasized.

Pendarovski also addressed the rising influence of the United States in the Western Balkans, and said that regardless of what the outcome of the agreement between Kosovo and Serbia might be, the political actors involved should make sure that it does not destabilise the region even more.

“I would like to see the decision to come as soon as possible. It will be beneficial for everybody, in the first place for Belgrade and Pristina”, Pendarovski claimed.