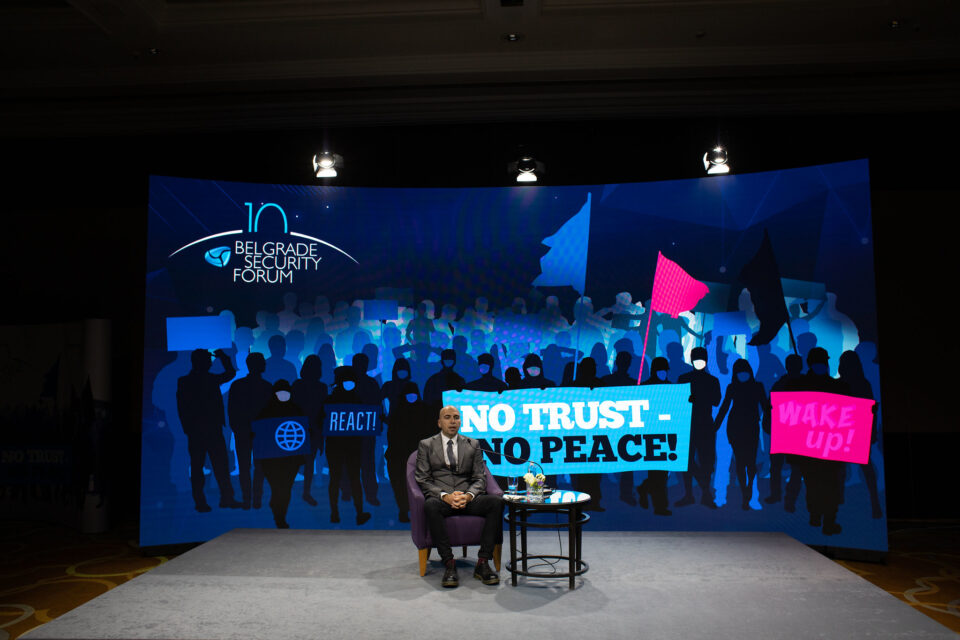 BELGRADE – The investments that come from non-Western countries, such as China, are much more highlighted than the ones coming from the EU, said Tena Prelec, member of the Balkans in Europe Policy Advisory Group (BiEPAG), and research fellow at the Department of Politics and International Relations, University of Oxford.

State capture in the case of Serbia is a process where political elites capture institutions in order to gain funds and power, said Saša Đorđević, PhD Candidate at the Faculty of Criminal Justice and Security, University of Maribor.

During the third day of the 2020 Belgrade Security Forum, Tena Prelec and Saša Đorđević participated in a panel entitled “State capture and security in Serbia” which was organised in partnership with OSCE Mission to Serbia. The participants presented their own research papers, which were later discussed by Vladimir Đorđević, assistant professor at the Department of Territorial Studies at Faculty of Regional Development and International Studies of Mendel University in Brno, Czech Republic, and a research fellow at Strategic Policy Institute in Bratislava, Slovakia.

Prelec presented her paper on political narratives about the help from abroad, focusing on the case of Serbia. She talked about the case of spring 2020 in Serbia, when Serbian President labelled the help that comes from the EU as “fairytale”, while presenting the help coming from China as extremely important.

Saša Đorđević talked about the paper he co-authored with Bojan Dobovšek, and discussed two elements of state capture, namely political corruption and the influence of informal networks, and said that state capture in the case of Serbia was a process where political elites capture institutions in order to gain funds and power.

“There are five main problems about the problem of state capture in Serbia: non-existence of political pluralism, weakened judiciary, unbalanced power, creating the environment of impunity and the application of the principles of rule of law. Without strong prosecution in Serbia it is impossible to uncapture the state”, said Saša Đorđević.

According to Prelec, the Chinese-Serbian ties will continue to stay strong in the foreseeable future. She also talked about both political consequences of these ties, and consequences for the environment.

“We have two huge investments in Smederevo and Bor in Serbia that had environmental problems even before the Chinese investments, but the environmental issues in those cities have increased incredibly”, Prelec claimed.