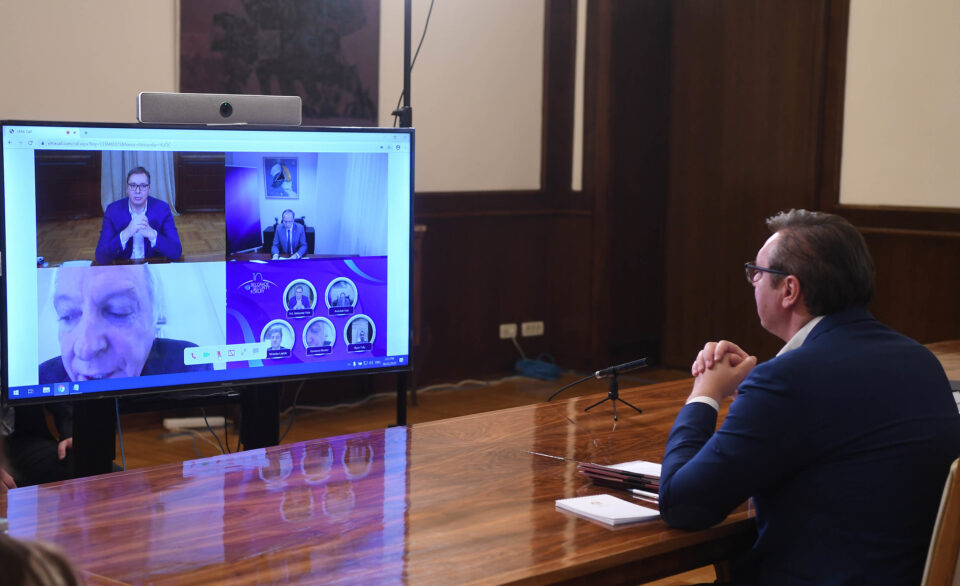 BELGRADE – To promote reconciliation, we have to come to terms with the past, we can not change it, but we can work on it said Miroslav Lajčak, EU Special Representative for Belgrade-Pristina Dialogue, during Belgrade Security Forum, adding that dialogue should be above daily politics.

He stressed that no matter how painful it might be, the process should be left to the experts, not politicians.

“We must come to terms, with the very recent tragic past. While we can not change the past, we can learn from it. Despite divisions, Western Balkans has more in common than many think. Not just history, but also future”, Lajčak told.

According to him, the process of normalization of relations between Serbia and Kosovo is a major contribution to the regional trust, a significant element to solving regional challenges.

When asked whether the EU has lost its attractiveness in the Western Balkans, Lajčak answered that the EU helped its friends in Western Balkans like no one else.

“Sometimes I wished we were faster and more political. But we adopted budget and an unprecedented economic recovery plan and helped friends in Western Balkans like no one else with 9 billion euros, demonstrating we are a true partner”, he said.

Lajčak assessed that all actors in the dialogue are in a monumental process, extremely challenging and difficult, adding there can not be a victory for one and defeat for the other.

Avdullah Hoti, Prime Minister of Kosovo, said that he is trying to make the consensus in Kosovo for support of the dialogue.

“I am trying to make a consensus in my country for support of this process and to work with our partners, with the EU and the United States. We made some progress since July”, Hoti told.

He assessed that the Washington Agreement was a huge step towards normalization of relations between Serbia and Kosovo.

Hoti said that the protection of minority rights, within the EU integration framework, is something that both sides should do.

“Our policy is clear, work with all in the region, since all of the Western Balkan countries have a clear intention towards EU membership”, Hoti underlined.

Avdullah Hoti reiterated that for Kosovo there is no alternative for NATO and European integrations.

President of Serbia Aleksandar Vučić said that they should change the atmosphere, implement everything, starting with the first agreement signed in April 2013, get people closer to each other.

“That is why we appreciate American initiative on economic normalization and a re-start of the Brussels dialogue”, said Vučić.

He underlined that Serbia is not in an easy position and that is why Serbia wants to see compromising solution between two sides, adding that there is no other alternatives.

Speaking about two societies, he said that Serbia and Kosovo are far away from reconciliation, but they have to work on it.

“Both here and in Pristina, it is still difficult to discuss realistic options, rationally, the narratives are not helpful. All of us, we need to be more realistic. We need to respect each other, if we say everything opposite, what would be the conclusion? It does not mean we are not ready for a compromise solution. But you need to understand more Belgrade’s position and position of Serbs in Kosovo”, he said.

He concluded that both sides have to be equally dissatisfied, or at least a bit satisfied if Kosovo and Serbia are to reach a compromise solution.