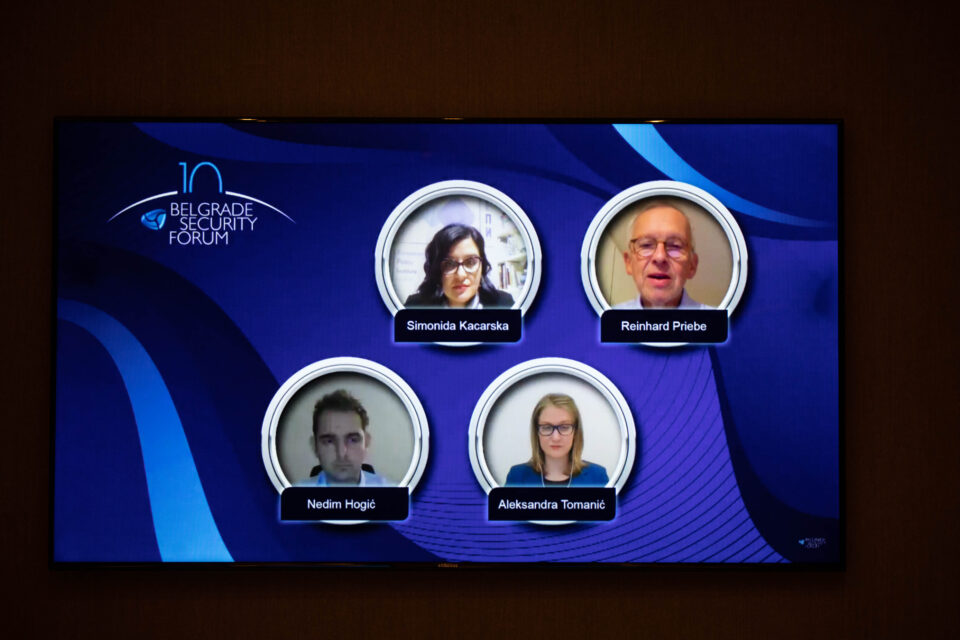 BELGRADE – Despite recent somewhat discouraging messages and events, some EU actions in 2020 give hope that the Western Balkans is still high on the EU’s agenda, it was said during the 2020 Belgrade Security Forum Special Event, entitled “Future of Europe and the Western Balkans”.

Reinhard Priebe, a member of the Brussels advisory board of Transparency International, said that there is no doubt about the EU perspective of the Western Balkans.

“In my view, there is no doubt about the EU perspective of the Western Balkans. The EU has reiterated over and over again. It is useless to express doubts about it and no one should express doubts where there are no doubts“, Priebe told.

According to Priebe, the intention of the new EU enlargement methodology is to improve and speed up the process of joining the EU, and not to cause delays and make things more complicated.

“This is not a revolution and the new methodology is not a guarantee that the process will speed up. My advice is that countries should try to make it work. Western Balkans membership in EU has never been put under the question“, Priebe said.

Srđan Majstorović, a member of the Balkans in Europe Policy Advisory Group (BiEPAG), said that the process of joining the Western Balkans countries into the EU in 2020 is a mixed bag of hopeful expectations.

„The process of joining the EU in 2020 is a mixed bag of hopeful expectations, some lethargic disappointments and the unfortunate and harsh pandemic reality. It goes both ways, for Western Balkans and the EU side“, Majstorović assessed.

„Serbia needs a trustworthy mediator because it is a deeply divided society. I am not convinced that there is a political will to change the existing situation. We seem that we are in a sort of denial of problems that we are facing as it was stated in this year’s European Commission report“, Majstorović said adding that BiEPAG and CSOs in Serbia are advocating for Priebe Report on Serbia.

Majstorović pointed out that no ministry will fix problems in Serbia, because there is no political will to change the existing situation.

“There is a narrative of division. No ministry will fix this. We are in a need of similar reports. Serbia today is a very divided society. There is no political will to change the existing situation”, Majstorović said.

Simonida Kačarska, the director and co-founder of the European Policy Institute, said that implementation of new enlargement methodology is still pending.

“Regarding the new enlargement methodology, we have the strategic framework, but the implementation is still pending – not only because of the Western Balkans states but also because of the EU and its member states“, Kačarska said.

Speaking about Priebe’s report on North Macedonia, she assessed this was compensation for the weaker language of the EU Commission because it was done by an independent group of rule of law experts.

“It was a tool for the civil society organizations and guidance for the urgent reporting priorities. One of the things that still need to be done is a rebuilding of trust and gaining trust in the institutions in North Macedonia”, she told.

Nedim Hogić, Bosnian lawyer and a Ph.D. candidate at Sant’Anna School of Advanced Studies, speaking about EU integration of the Western Balkans said that there is a reason for cautious optimism.

“Despite some difficulties regarding the EU integration process and regional cooperation, I do not see the glass half-empty, but half-full and I have great expectations regarding this topic. It is cautious optimism“, he concluded.

NATO to sign Accession Protocol with Macedonia on 6 February