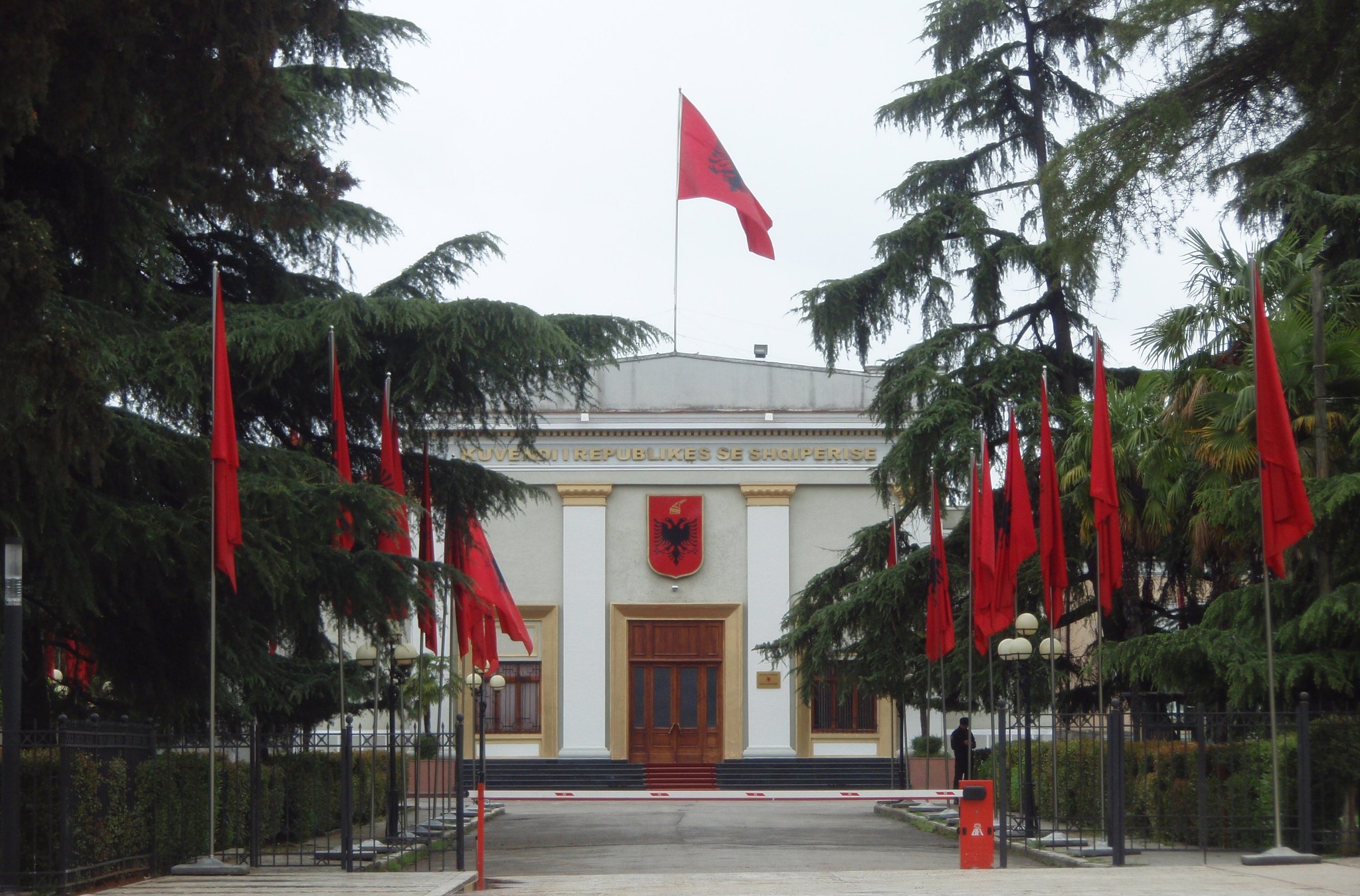 On the plus side – long and controversial process of electoral reform in Albania appears to be at least temporarily closed. With less than six months remaining until the parliamentary elections on 25 April 2021, it seems that there won’t be much time for anything else.

On the minus side – the latest reforms were not inclusive and will not improve the trust between the main players. The parliament, abandoned by the two biggest opposition parties in early 2019, voted yesterday to override President Ilir Meta’s veto of the amendments to the Electoral Code, introducing changes that were not part of a political consensus. The ruling Socialist Party chose not to wait for the opinion of the Venice Commission, even though the EU explicitly urged it to do so.

Citizens going to the polls in April will cast their ballots in significantly different circumstances than before. Albania’s 140 MPs are elected from regional constituencies using proportional representation, which will not change. However, the threshold is now lowered to 1% instead of previous 3%. The lists are partially open. And, most importantly, formula for forming the coalitions was changed.

Coalition parties must now submit only a joint list of candidates and register as a single electoral subject, rather than running separately, with their total votes being counted together as before. According to Exit, this means that it will be harder to form coalitions.

Prime Minister Edi Rama had evidently been very eager to see these changes enacted before the April elections, given the fact that he went against explicit recommendations of the European Commission, which is not seen too often, even in the Western Balkans.

According to Afrim Krasniqi, Executive Director of the Institute for Political Studies from Albania, the motivation was clear.

“These changes are a by-product of Prime Minister Rama’s electoral agenda aimed at getting him a third term in office. Under the previous legal basis, a third term would be virtually impossible for Rama. This is the only reason why the majority refuses to withdraw from its unilateral decisions and engage in political dialogue with the opposition for a consensual solution on Albania’s electoral legislation”, Krasniqi says for European Western Balkans.

He explains that the Socialist Party (SP) will have a hard time winning 50% + 1 of the seats in the April elections.

“For this reason, it needs transferable seats from small parties, right-wing factions or parties owned by well-known local businessmen. Banning pre-election open coalitions and lowering the electoral threshold increases its chances in this regard”, he says.

Despite this, Krasniqi does not expect this to happen in Albania in 2021 – opposition, in his opinion, “has learned its lesson” and all actors will participate in the campaign, which will be highly polarized, personalized and contested in terms of democratic standards.

“The result will likely be contested in some elements, mainly due to the application of open lists and violations of election rules, but not in its entirety”, Krasniqi says.

While Krasniqi is clear about the motivations behind the changes, electoral expert and former chairman of the Central Election Commission Kristaq Kume agrees to some extent, saying that the latest certainly appear to be in favour of SP, but nevertheless believes that the effect of these changes will not change the outcome significantly – the final decision is still with the citizens.

Kume also reminds that the changes adopted on 29 October were only possible due to the amendments to the Constitution adopted in the Parliament on 30 July. These have provided an opportunity to reduce the number of regional constituencies, which could have favored the opposition.

“I think that the opposition outside the parliament, in addition to opposing these changes, had other opportunities to minimize the negative effect that would bring, according their opinions, the changes in pre-election coalition’s rules”, he says.

The rules are set, however, and bar a major initiative from the opposition, this will be how the elections will be administered. But the electoral reform in Albania has been a longstanding issue and will remain as such after the April 2021, also determining country’s relations to the EU.

The whole issue dates to at least 2017, when, following the victory in the parliamentary elections, Socialist Party established the Commission for Electoral Reform.

“In October 2018, the DP announced the platform for the electoral reform named the “Decriminalization of elections”. According to this platform, the changes in the Electoral Code to reflect only the OSCE / ODIHR recommendations were insufficient to guarantee free and fair elections”, Kristaq Kume reminds.

However, the situation once again experienced a setback when the opposition relinquished their mandates, which were then partially filled by members on their 2017 electoral lists.

The Political Council was additionally slowed down by the outbreak of COVID-19. It finally reached a compromise on 5 June, and the Electoral Code was amended accordingly on 23 July.

“Among these changes, those made in implementation of the June 5 agreement, although they failed to meet the stated objective, have created better conditions for meeting the standards and OSCE commitments for democratic elections. These changes were made in a timely manner”, Kume stresses.

Some of the highlights of this compromise, which dealt with more “technical” issues rather than changing the elements of the electoral system, were also noted in the latest European Commission report.

“After lengthy negotiations, on 5 June 2020, the Political Council reached a breakthrough agreement to gradually introduce a depoliticised electoral administration, in line with OSCE/ODIHR recommendations. The parties also agreed to introduce electronic identification of all the voters (where technically viable), to restructure the Central Election Commission, and for the Electoral College to be comprised of vetted judges”, the Commission noted.

If the story had finished then and there, on 23 July, the reform would have probably been seen as a relative success, which our portal also noted. But then 30 July and the changing of the Constitution took place, followed by yesterday’s final adoption of the amended Electoral Code.

While the constitutional changes were adopted with a cross-party support in the parliament, it was met with sharp criticism of the extra-parliamentary opposition. They were joined by the members of the European People’s Party, of which Democratic Party of Albania is an associated member.

Eight EPP Members of the European Parliament wrote a letter to Rama, noting that the EPP group has continuously supported Albania’s path towards the EU and referred to the recent developments as of “utmost concern”, unlike in the case of Serbia, where threshold was also lowered this year, months before the elections.

“We are therefore calling on you to put first the interest of the Albanian democracy and her European perspective and to refrain from voting the amendments in Parliament until the Venice Commission has spoken”, the MEPs wrote. This was repeated on several occasions by Commissioner Olivér Várhelyi as well. It seems to be too late now.

What does this mean for Albania’s relations with the EU?

Electoral reform, as well as other issues, are conditions set out by the Council of the European Union for the country to hold its first intergovernmental conference with the EU.

“With reference to the ODIHR / OSCE recommendations, it can be argued that most of them were taken on board in the amendments to the Electoral Code in July 2020, one week before the constitutional amendments were adopted. The criterion of consensual and comprehensive reform has not been met. Regarding to the remaining criteria, the criterion for a functional Constitutional Court is not yet met”, says Afrim Krasniqi.

He says that recent developments had deepened the gap between Albania’s need for institutional stability and its performance in relation to the integration process.

“This is not anything new for Albania, it’s a déjà vu whenever governments face parliamentary elections. Both the government and the opposition think if they win the elections there will be a new beginning of relations with Brussels”, says Krasniqi.

Kristaq Kume, on the other hand, calls for leaving the political actors more time before reaching a final conclusion.

“The changes made without consensus have created a situation that negatively affects the electoral process that has already begun. But this does not mean that the whole electoral process can take place as such. The election race has begun. It is accompanied by political tension. However, it is still too early to judge how this election process will proceed. In order to have a more objective and realistic judgment on the progress of this electoral process today, we must first see how the political parties will respond to this new legislative reality”, Kume concludes.

It is hard to assess whether the political gap has narrowed at least a bit since last year, which saw particularly polarizing events. Whatever small steps taken in the first half of 2020, the latest developments do not bound well for healing the political rifts in Albania.

Civil Society Forum of the Western Balkans begins in Tirana