This article was originally published on The German Marshall Fund of the United States website.

Since Montenegro turned its back on Serbia’s leader Slobodan Milošević in 1997 and then became independent in 2006, the small Balkan country has seen the United States as a patron on its road to NATO and EU membership. And the United States has seen it as a patch of pro-Western land in a region where Russia’s presence is the new normal.

In 2016, U.S. attention to Montenegro increased mostly due to a Russian-financed coup attempt that included a plot to attack the parliament and assassinate Prime Minister Milo Đukanović. Senior policymakers such as Senator John McCain praised the fortitude of the Montenegrin government and its resistance to Russia.

However, the need to counter Russian influence for a long time overshadowed the fact that Montenegro was ruled by Đukanović’s Democratic Party of Socialists for 30 years.

The European Commission has called the country a case of “state capture” and the current U.S. ambassador has cited “systemic corruption.” This year, Freedom House stopped considering Montenegro a democracy, labelling it a hybrid regime instead.

But in August, Đukanović and his party were voted out of office, a result helped by the party’s clash with the well-organized Serbian Orthodox Church. This was the first time Montenegrins changed their government peacefully through parliamentary elections, handing a slim majority to several opposition parties.

However, this result may have opened the door to pro-Russian and pro-Serbian (as well as pro-Trump) forces that could end up in control of various parts of public administration and affect the country’s strategic direction.

Trump and the New Majority

Trump’s interest in Balkan politics has been very limited, except for his meddling in the Serbia-Kosovo negotiations. Though traditionally suspicious of the United States, right-wing Serbian political elites welcomed Trump as an ally. Additionally, due to his administration’s focus on advancing freedom of religion, the Serbian Orthodox Church, a strong conservative political actor in Serbia and in Montenegro, has been generally positive toward Trump.

While in Serbia’s attitudes toward Trump have been rather positive, Montenegro’s leadership remained neutral. Except for a short visit by Vice President Mike Pence, and continued formal support to the country, the interaction between the two governments has been limited.

However, Trump gained supporters among the country’s former opposition—now in the government coalition—mainly within the pro-Serbian and pro-Russian Democratic Front, whose members have been charged with involvement in the 2016 coup attempt.

One of the leaders of Democratic Front, even tried to join Steve Bannon’s right-wing populist “Movement” and has been a promoter of the “deep state” and “fake news” narratives often repeated by Trump.  Even though it is likely that the new government’s defense and security structures will be controlled by pro-Western and pro-EU parties, the participation of nationalistic and populist parties in the ruling coalition is a cause for worry.

A Trump win might bring more U.S. focus on the Western Balkans. But, given his approach to foreign policy and lack of understanding of complex political contexts, this may not be a good thing.

His focus on Serbia-Kosovo relations and undermining of the EU-facilitated dialogue was not fully welcomed by all actors outside of these countries.

Montenegro has opened all the chapters in negotiation with the EU for its eventual membership. A majority of citizens say that the country should rely on the EU in its foreign policy, something that could be discouraged by an EU-suspicious Trump administration.

This could also find backing from those constituents of the new government who are already showing skepticism toward the EU. Lack of U.S. support for the EU agenda in the Western Balkans could mean a weakening EU influence there.

A second Trump administration’s ties with the government could fuel populism in Montenegro. This could affect much-needed reforms, the fight against organized crime and corruption, media freedom, and the rule of law in general. Members of the new government are distrustful of career U.S. diplomatic personnel. This could be rather problematic if the next State Department report on the state of democracy and human rights in the country reflects poorly on the new government.

A Trump win could also strengthen the role of the Serbian Orthodox Church. The Trump administration has attracted the church’s attention, thanks to its 2020 executive order on international religious freedom.

The church, which is traditionally pro-Russian, has a strong influence on the population as well as on half the governing coalition parties.

The Trump administration’s championing of the rights of religious communities across the world could cause the influence of clergy to grow, which might lead to backtracking on LGBTQ and women’s reproductive rights.

It is not expected that a Biden win would change drastically U.S. policy toward the Western Balkans or Montenegro. Rather, there would be a return to “business as usual.” This would mean support for the Serbia-Kosovo negotiations facilitated by the EU, support for the Dayton Accord arrangement in Bosnia and Herzegovina, and more focus on reforms in Montenegro.

This would not be a bad thing for the country, given that the new government contains some actors that appreciate Trump’s way of doing politics. Biden has a history and is familiar with the Western Balkans, unlike Trump and his aides who have mostly used the region for public-relations purposes.

Additionally, the Democrat’s victory would be a boost for Montenegro’s liberal forces, which make up a small but significant majority in the government, and could encourage them to more forcefully promote liberal values.

China in the Western Balkans Energy Sector: Between development and ecological concerns 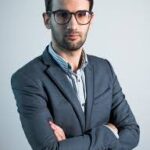