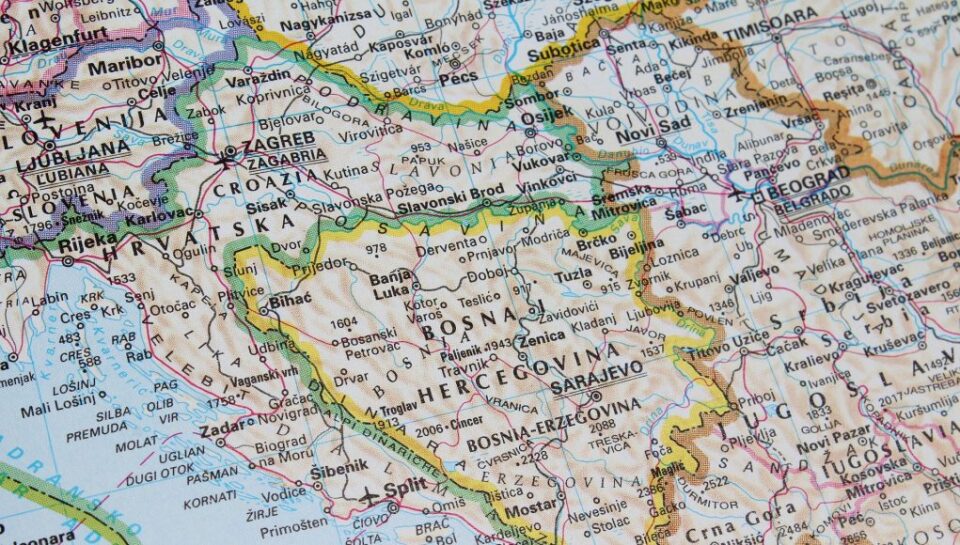 In 2020 young people cross Western Balkan borders without big obstacles. All they need is their passport or just an ID and lots of patience at the border crossing. Except when they are a young Bosnian-Herzegovinian wanting to visit a friend in Kosovo or the other way around. Then, even a simple weekend trip becomes a complicated, time-consuming and costly administrative nightmare.

Bosnians and Herzegovinians are asked to apply for and pick up their Kosovo visa in Tirana, Zagreb or Skopje. So instead of driving directly to Kosovo they need to calculate with a longer route. But at least most of them get their visas. For holders of Kosovo passports, Bosnian-Herzegovinian visa is most likely to be rejected, often with no explanations given.

How did we get here?

Since old UNMIK passports went to history and Kosovo’s institutions started to issue their own, institutions in Bosnia-Herzegovina pretended they did not exist. Over the years they went on to introduce policies making it harder for Kosovars to enter the country. Following many attempts to raise this issue at a regional level and with the EU, in 2014, Kosovo decided to introduce visas. Hoping that setting up a visa regime would hurt numerous Bosnian-Herzegovinian companies exporting to Kosovo and pressure institutions to find a way to enable visa-free travel. As expected, export from Bosnia and Herzegovina to Kosovo decreased but visa-regime continued and to this date is hindering everything, from individual relationships to youth exchange programs.

For quite some time now, researchers, policymakers, activists and businesses are calling upon Bosnia-Herzegovina (and Kosovo) to change this damaging policy.

During last week’s online conference “Young People, Migration and the Demographic Challenge in the Western Balkans”, organised by the German Federal Foreign Office as part of the ongoing Presidency of the Council of the EU, together with the Southeast Europe Association, and the Aspen Institute Germany, we were part of a group of eleven young individuals asked to share their opinion on these issues. The visa regime between Bosnia-Herzegovina and Kosovo was high on our agenda.

Speaking across several panels, we argued the visa regime is harmful – especially to the emerging generation of young people willing to engage in youth and student mobility within the Western Balkans.

Young people face serious obstacles when invited to participate in trans-border youth events and regional mobility programs. Those are important events because they contribute to breaking stereotypes, promoting inter-ethnic cooperation among the youth, and fostering regional cohesion.

Erasmus for the Western Balkans

Most university students from Bosnia-Herzegovina and Kosovo who spend a semester studying abroad notice very quickly a striking paradox. Studying at some of the leading European universities as Erasmus students enables them to do something they could never do at the University of Sarajevo and University of Prishtina: they meet each other. Together with other students from the region, they clot together, quickly realizing some of them speak a common language, share similar cultural references, humor and end up helping each other a lot. Their lives change as they become friends for life, and some go on to find life partners they marry and have “Erasmus babies” with.

Benefits of Erasmus+ do not end there. According to the European Commission, those who studied abroad show more interest in politics, less support for ethno-nationalistic ideas, and a broader understanding of different cultures than their peers without such experiences. Not in vain is the slogan of the Erasmus+ program “Changing lives, opening minds.” The 33-year-old EU flagship program Erasmus+ has brought together more Albanian, Bosniak, Croat, Kosovar, Montenegrin, Macedonian, and Serb students than all education policies of the Western Balkans’ governments combined. So, what our region needs is the Erasmus for the Western Balkans. To get it, we also need politicians in the region to understand its value, and then adopt policies that would unable it.

In our recently published paper, our group argued exactly that: expanding the joint degree programs between – and within – the EU and the Western Balkans in order to encourage intra-regional student mobility. The paper titled “One Way Ticket No More: Seven Ideas for a Prosperous Western Balkans” was co-authored by eleven young representatives from the Western Balkans brought together by a Berlin based think-and-do-tank Crossborder Factory and supported by the Regional Youth Cooperation Office (RYCO) and the European Stability Initiative analyst Adnan Ćerimagić.

We argued that enabling the visa-free travel between Bosnia-Herzegovina and Kosovo is a necessary pre-condition to expand regional cooperation, boost mobility in education, and intensify economic integration of the Western Balkans.

As is the EU member states’ taking their long-overdue step to allow visa-free travel for Kosovo. We believe that regional cooperation and mobility in the field of education – next to further economic integration and making trade easier – could be a way to slow down youth migration.

Last month the European Commission presented its Economic and Investment Plan for the Western Balkans. The Commission presented a vision for “deepening regional economic integration and developing a common regional market on the basis of the EU acquis in order to make the region a more attractive investment area.” Governments across the region, including Kosovo and Bosnia-Herzegovina, are expected to endorse this vision at the upcoming Berlin Process Summit, taking place in Sofia on 10 November 2020.

Western Balkans governments are also expected to develop a road map towards this common regional market. Political leaders in Bosnia-Herzegovina and Kosovo, but also the European Commission, should make sure that enabling visa-free travel is part of this road map.

For this to happen positions in the Bosnian-Herzegovinan tripartite Presidency have to change. Two out of three members, Željko Komšić and Šefik Džaferović, are in favor of enabling visa-free travel. In fact, Džaferović recently spoke with Kosovo’s prime minister Avdullah Hoti about this issue. Third member of the Presidency, Milorad Dodik, is often described as key obstacle for the visa-free travel between Bosnia-Herzegovina and Kosovo. But one year after taking his position in the Presidency, in October 2019, Dodik was quoted telling Albanian media it is out of question that the people of Kosovo should travel freely to Bosnia-Herzegovina.

Recently, Dodik emerged as a strong supporter of a common regional market for the Western Balkans. He should be asked to show he means it by voting in favor of enabling visa-free travel for Kosovo passport holders. For this to happen, however, someone needs to pick this issue up and push for it, someone needs to support Bosnia-Herzegovina and Kosovo on this road. During the last week’s conference, we suggested that this should be the German Foreign Office, as part of its Presidency of the Council of the European Union, but also together with the upcoming EU presidencies, and EU delegations in Sarajevo and Prishtina.

The visa regime between Kosovo and Bosnia-Herzegovina harms young people in the region long-term. If we want to build a common future for our youth, bureaucracy and politics should not pose an obstacle, but act as a bridge towards bringing us together and building a Western Balkans that unites, and not divides our young generations. A region that has a future also has young people – not the other way around.

Samir Beharić is an award-winning youth activist and a recent Global Studies graduate from the University of Vienna and Leipzig University. He has completed professional traineeship programs with U.S. Congress in Washington, DC and European Parliament in Brussels. Currently, he serves as the Board Member of the Western Balkans Alumni Association.

Egzona Bokshi works within the UN Secretary-General’s Peacebuilding Fund project in Kosovo. She is active in the field of peacebuilding, conflict resolution and youth policy-making. She has been engaged in numerous regional initiatives and took part in conducting research projects within the Western Balkans.

Old problems for the new Crisis Staff in Serbia