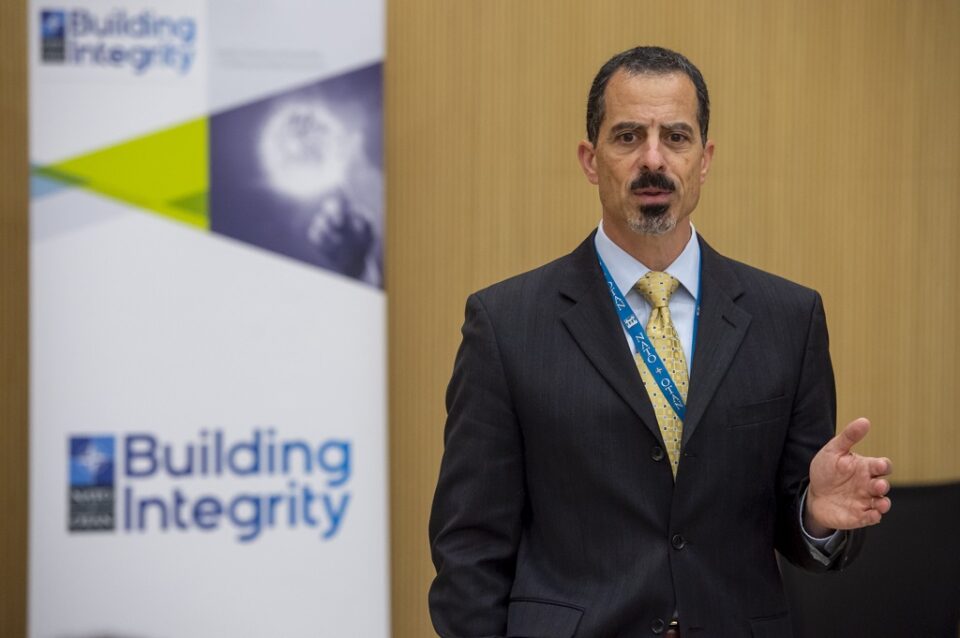 BELGRADE – Cooperation between Serbia and NATO is a two-way street that benefits both sides and the whole region, stated Marc  DiPaolo, Director at the NATO Defence Institution and Capacity Building Directorate at the 8th Belgrade NATO Week.

DiPaolo stated that the partners are very vital to NATO in many contexts and that is especially true with Serbia.

He emphasized that strong, stable and democratic Serbia is key to the stability of the Western Balkans and NATO wants that same thing for the whole region – security, prosperity and a good life for all citizens there.

“We demonstrated over time that we are willing to work together in order to achieve those goals and I think to good effect. Some of you may be surprised to know that the NATO-Serbia formal partnership is now 14 years old. We have regular high-level contacts and you may be surprised to hear that Secretary General Stoltenberg has a special link to Serbia having spent part of his childhood there”, said DiPaolo.

Serbia and NATO have a “very good” cooperation framework to capture the work that they do together and that stretches from political dialogue to military interoperability, to crisis management and disaster response.

“NATO and Serbia work together to develop Serbian Armed Forces’ capability to participate in multinational UN operations and EU crisis management operations. I should highlight that the places like Lebanon, Centar African Republic, Somalia are not easy places to go, but Serbians do it and they do it well”, said DiPaolo.

Furthermore, he said that NATO’s role in the process is to support Serbia’s goals for defence reform, including the professionalisation and training of armed forces.

“It’s a two-way street. Serbia has worked with NATO to train Iraqi military and civilian personnel in 2017. We are grateful for that work. That was done in the early stage of NATO establishing its presence in Iraq. That is a substantial and lasting contribution from Serbia”, explained DiPaolo.

“There were about 2000 participants from 40 countries and I have to say that Serbia did a fantastic job organising and executing that event. We haven’t done another one since”, concluded DiPaolo.

Speaking about Serbia’s suspension of all military exercises, he said that NATO hopes that this suspension will last for six months and that they understand the reasons for it, but he also thinks that both sides are ready and willing to resume cooperation when that period is passed.

“Some activities that we had planned with Serbia would be delayed, but our extensive non-defensive activities are continuing and our political dialogue continues without interruption”, he emphasized.

Marc DiPaolo also said that NATO KFOR mission has the excellent professional working relationship with the Serbian armed forces and this is a key element of security in the region and that has not been affected by the suspension of defence cooperation. Furthermore, he reiterated that NATO fully supports the continuation of the EU facilitated dialogue between Belgrade and Pristina.

Speaking about the future, DiPaolo said that “the past is the past” and that it should not be forgotten.

“Serbia has taken that approach and I would say very successfully. The range and the scope of cooperation with NATO demonstrate that the benefits of cooperation are mutual” said DiPaolo.

He also reminded that NATO fully respects Serbia’s decision to be military neutral.

“It’s not a problem. There is no pressure, no hidden agenda from the NATO side. Our interest is to work together constructively to achieve shared goals. This relationship is important to us”, concluded DiPaolo.

The 8th Belgrade NATO Week is organised by the Center for Euro-Atlantic Studies and supported by NATO Public Diplomacy Division, Balkan Trust for Democracy, Norwegian, US and Czech Embassies in Belgrade.