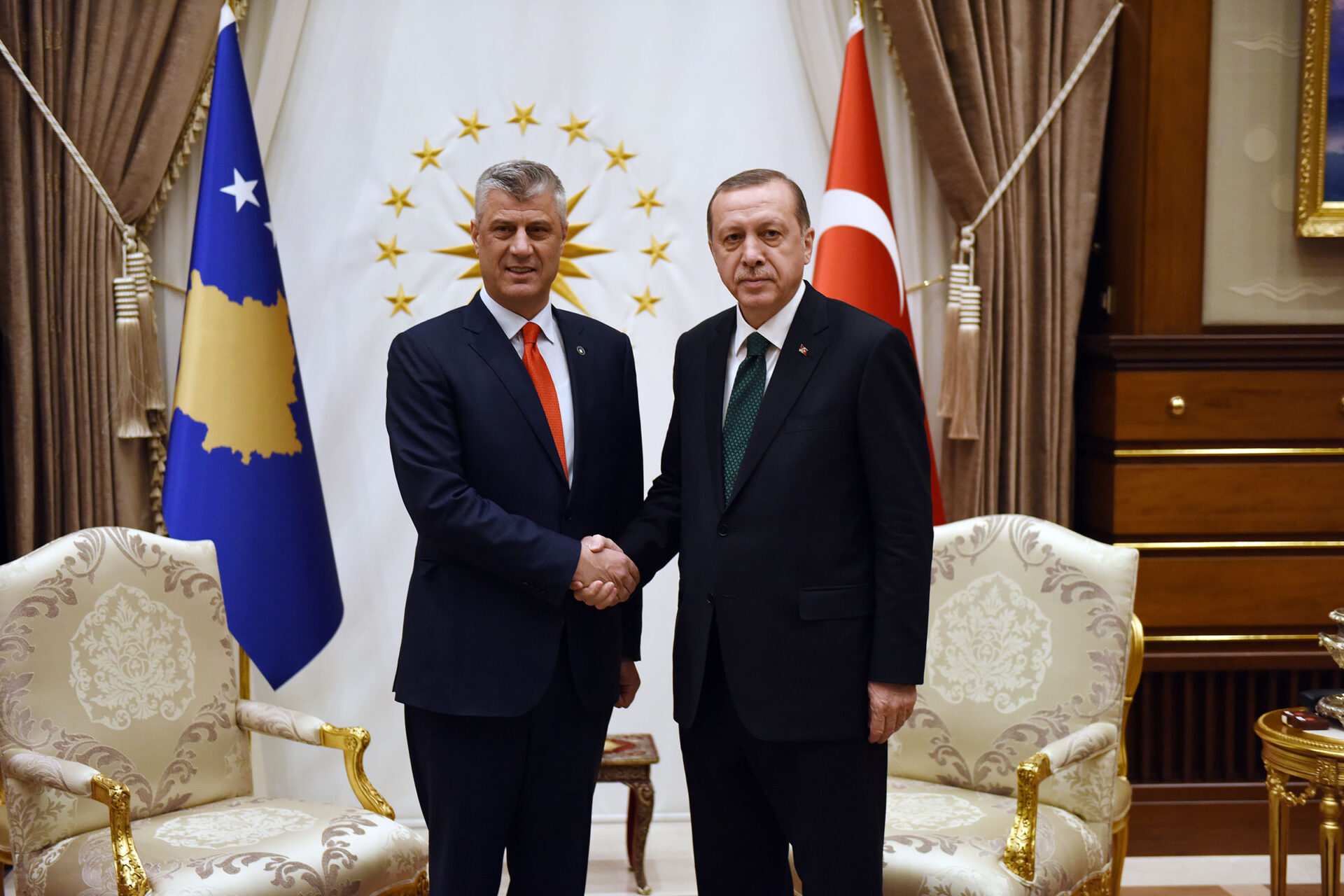 Hashim Thaçi’s resignation six months before the end of his presidential term to face war crime charges raised by the EU-funded Specialist Chambers based in The Hague, marks a breakthrough in Kosovo’s domestic political scene. With his departure, a new perspective opens up for Kosovo’s leadership vis-a-vis relations with Turkey’s President Erdoğan.

Recent days have brought noteworthy developments for the Presidents of Kosovo and Turkey, yet in very different ways. Hashim Thaçi decided to resign from his office in order to face as a private citizen the indictment of the Specialist Chambers for crimes against humanity during the war fought for Kosovo’s independence from Serbia. At the same time, his publicly declared ‘brother’ from Turkey, President Erdoğan has been focused on various high-profile foreign policy pursuits in Nagorno-Karabakh, Syria, and the Eastern Mediterranean. Meanwhile, the lack of any declaratory support from Erdoğan in favour of Thaçi surprised the general public.

As a leading protagonist in Kosovo’s journey towards independence, Thaçi has spent over two decades in power, acting alternatively as a minister, prime minister and since 2016 as Kosovo’s president. His special friendship with the Turkish leader was well-renowned, and Thaçi did not miss any opportunity to declare Erdoğan “one of the most powerful world leaders and biggest supporter of Kosovo’s independence”.

Turkey has been a traditional strategic partner to Kosovo, and as a member of the G20 and Organization of Islamic Cooperation, it has provided considerable support in the country’s recognition process.

Erdoğan has offered extensive political space to Kosovo’s leadership, and to Thaçi in particular. He was the first major political leader to receive Thaçi in an official visit in his capacity as Kosovo’s president, back in 2016.

The personal relationship between the two leaders intensified over time, and informal bilateral meetings in Istanbul or Ankara turned into a ritual. These private meetings served for consultations and joint decision-making, going beyond the regular state administration procedures and without any public disclosure of information.

While Erdoğan’s tendency towards a personalized foreign policy and slighting of the traditional role of the diplomatic corps was well-known, Thaçi’s participation in such settings turned into a topic of political discussion in Kosovo’s fragmented political scene, with contrasting opinions on Turkey’s role and the influence it had gained over time.

For his special relations with Erdoğan, Thaçi had to pay a significant price in his political career in terms of credibility and putting the country’s interests after personal affairs. He was the first national leader who delivered on Erdoğan’s requests to deport alleged supporters of the Gulenist movement, considered by Turkey to be a terrorist organisation.

The pressure exerted by Turkey on Kosovo’s institutions resulted in the deportation of six Turkish citizens from Prishtina by Turkish authorities in cooperation with Kosovo’s intelligence agency in March 2018. The operation was kept secret from then Prime Minister Haradinaj, exposing Kosovo to direct foreign influence and violating the national Constitution. After the initial denial of knowing about the deportations in advance, Thaçi afterwards justified the operation on grounds of ‘threat to national security’. His decision had repercussions for Kosovo’s political stability, which resulted in Erdogan making public threats against Prime Minister Haradinaj.

The relations between Thaçi and Erdoğan have been built on a personalized, emotional narrative. In public, they have shown a shared preference for displaying mutual care and family-related esteem through the frequent use of nuanced language. While Thaçi has built his narrative of Erdoğan’s friendship on a public expression of gratitude, Erdoğan has relied on his strong ‘emotional connection with Kosovo’.

Nevertheless, the following lines show that this emotional, personal relationship might not be as genuine as it is intentionally presented in the media, but based rather on rational and pragmatic grounds.

Thaci has been aware of the benefits deriving from Erdoğan’s friendship in enhancing his political leverage, especially in crucial moments for Kosovo’s political scene. For example, both of Erdoğan’s visits to Kosovo in the past decade (in 2010 and 2013) took place during electoral campaigns and served as an endorsement to Thaçi’s political party.

For Erdoğan’s part, the inclusion of Thaçi in his close circle of friends served to enhance his image as a strong Balkan leader. Erdoğan’s political considerations are primarily oriented towards his domestic electorate and his personal ambition to be portrayed as an influential politician in international politics.

The recent absence of any reaction from Erdoğan in favour of Thaçi made visible the strategic nature of their friendship. Kosovo is expected to have new elections next year and their outcome will be a determinant of the evolution of relations with Turkey’s leadership. However, beyond the traditional friendship that links the two countries, it is difficult at this stage to identify another politician in Kosovo available to establish the same type of relations with Erdoğan as Thaçi did.

The op-ed was written as part of the project ‘Western Balkans at the Crossroads: Ways Forward in Analyzing External Actors’ Influence,’ led by the Prague Security Studies Institute. The research paper on the special friendship between the leaders of Turkey, Albania and Kosovo will be published soon at www.balkancrossroads.com.

High Representative releseas Declarations on alignment of third countries with sanctions on... 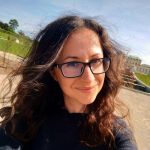