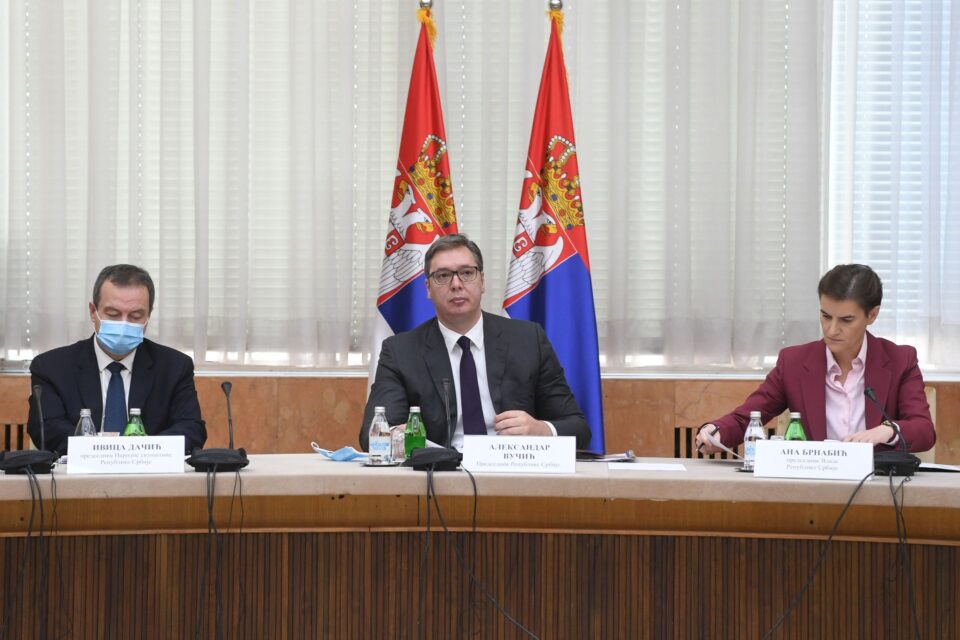 BELGRADE – Members of the ruling coalition were up to four times more represented than the opposition on the internet portals of the main television channels in Serbia – RTS, N1, Prva, Pink, B92 and Happy – in the periods of September-December 2019 and March-May 2020, according to the latest research.

Monitoring conducted by the International Republican Institute (IRI) in partnership with the Bureau of Social Research (BIRODI) shows that from September to December 2019, as many as 6,116 articles on these portals were on the government, while only 1,196 were dedicated to the opposition. This is a ratio of 84:16 percent. In the period March-May 2020, during the state of emergency and the election campaign, this ratio was 76:24 in favour of the government.

Unsurprisingly, the most represented actor of the ruling parties was the President of Serbia, Aleksandar Vučić, to whom 64% of all articles on government representatives were dedicated in the first period, while in the second period that percentage was 65%. Prime Minister Ana Brnabić is in second place, followed by the Minister of Foreign Affairs at the time, Ivica Dačić. During both periods, the government was presented in a positive or neutral tone in 90% of articles.

“The media space was dominated by an overwhelmingly favourable coverage of the government, notably of President Aleksandar Vučić, while marginalizing and negatively covering the opposition, led by Dragan Đilas and Boško Obradović. The fact that the opposition has found itself outside parliament and failed to compete in elections raises the questions about the responsibility of the Regulatory Authority of Electronic Media (REM) and the public media service RTS to ensure balanced and unbiased reporting”, the research underlined.

It is also stated that the editors of the observed portals decided to act as “microphone holders” and to only selectively transmit news and reports, without publishing analytical and opinion pieces.

“Simply selectively transmitting news without additional comments or questions leaves the impression of favouring the authorities instead of serving the public interest,” the researchers stressed.

They also conclude that there is no clear difference between the public broadcaster and the privately owned television portals, with the exception of the N1 portal, which tends to have a more balanced tone.

When it comes to the news topics, most articles during the first period were dedicated to Kosovo, followed by the EU, Russia and the United States, and only then to electoral conditions and corruption, topics that the opposition insisted on. The researchers concluded that these topics were marginalised on the observed media portals.

“It can be concluded that there are two diametrically opposite thematic priorities. One group clearly prioritizes external topics with relation to foreign factors and, another is domesticly centered with priorities on topics more linked to the local circumstances”, the research concluded.

After the outbreak of the COVID-19 pandemic, ruling party members were most reported on in the context of the fight against the spread of the virus as well as the economic consequences of the pandemic. In 50% of cases, these reports were neutral, in 48% of cases positive and in only 2% negative.

This is just one in a series of reports that show a serious imbalance in the transmission of the activities of the government and the opposition, but also the first with an insight into some of the most visited media portals. A previous survey on reporting of national frequency televisions conducted by CRTA showed that from the beginning of March to May 2020, government representatives were represented in the media as much as 90% of the time, while the opposition was virtually non-existent for these televisions.

Another monitoring by the Bureau of Social Research showed that between March 16 and April 30, 2020, during the state of emergency, President Aleksandar Vučić had 18 hours 14 minutes and 42 seconds in the central information programs of national television and cable television N1. The most represented opposition actor, the president of the Freedom and Justice Party Dragan Đilas, had 7 minutes and 26 seconds.

During the dialogue between the government and the opposition last year, several measures were adopted to improve media coverage, including the election of members of the REM Council, amendments to the REM rulebooks and the election of the Supervisory Board of the National Assembly. Representatives of the opposition assessed that these measures were not enough, and the main request of all opposition parties in the next phase of the dialogue with the government mediated by the European Parliament is a more uniform media coverage, primarily on the public broadcaster.

More than 100 young Europeans discuss the future of Europe at the online conference “Re-boot Europe!”