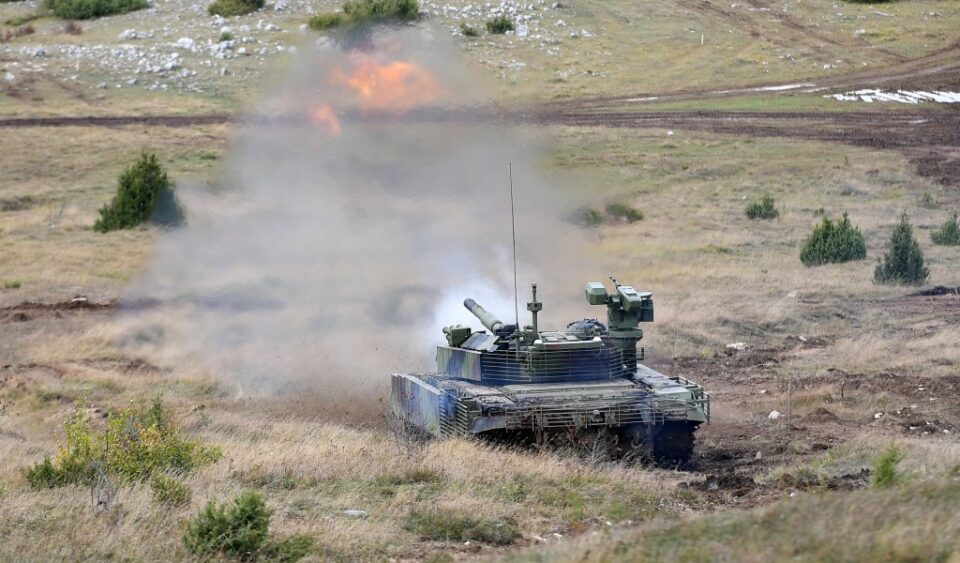 Military exercise "Cooperation 2020" in Serbia; Photo: Ministry of Defense of the Republic of Serbia

BELGRADE / SARAJEVO – Next year, armed forces of Bosnia and Herzegovina (BiH) and Serbia will engage in a joint military exercise on Bosnian territory within the A5 Initiative, for the first time since the war, Radio Free Europe (RFE) reports.

The Presidency of Bosnia and Herzegovina approved the exercise on November 19, days before the anniversary of the Dayton Peace Agreement, which ended the 1992-95 Bosnian war. Podžić explained the exercise was planned within the regional cooperation programme stipulated by the US-Adriatic Charter (A5 Initiative).

RFE writes that this charter “signifies a strategic partnership of member states with the aim of integration into European political, economic, security and defense institutions”.

The Charter was founded in 2003 by Albania, Croatia, North Macedonia and the US, with the aim of helping the aspiring countries to join NATO. Bosnia and Montenegro officially joined in 2008, while Serbia has a status of observer.

Podžić sees the significance of this exercise in the fact that BiH is chairing the A5 Initiative this year, and he also announced a meeting of the participants in the initiative via a video link on November 30.

Exercise is very important for both countries

Đuro Kozar, a military-political analyst from Sarajevo, stated for RFE that a conclusion was made by the Chiefs of General Staff of both countries to go to a joint military exercise three years ago, but that they were waiting for a political decision.

“It is clear that there was a mutual knowledge that mutual trust should be strengthened and relations between the two armies that are in the neighborhood and that have some common tasks should be relaxed. There is no security risk and security threat in Bosnia and Herzegovina that would not reflect on the situation in Serbia and vice versa. That is very important,” believes Kozar.

He states that it is very important for both countries to cooperate after everything that has happened in the past, because that strengthens mutual trust, and it is also a good form of checking the combat capability of both sides.

RFE stated that the Ministry of Defense of Serbia did not respond to the request to express an opinion on this joint military exercise.

Nikola Lunić, Executive Director of Serbia’s Strategic Policy Council, also points out that this is good news for both countries.

“The relaxation of security tensions in the region also generates the potential for foreign cooperation, which directly affects economic bilateral flows. It is necessary to find mutual interests in everything, and reducing tensions, the reliability of the partnership and improving trust is our common goal, both now and in the future. And considering that we are neighboring countries, that should be a long-term strategic goal of both Sarajevo and Belgrade,” Lunić assessed for RFE.

He states that both Serbia and BiH are in the geostrategic environment of the NATO alliance, which is why he points out that it is in the national interest for Serbia to have close and daily communication with NATO.

“The importance of KFOR for the Serb population in Kosovo should not be emphasized, nor should the obvious progress of BiH in the NATO Membership Action Plan (MAP) be emphasized. Sarajevo has explicitly declared its security interests through the BiH Reform Program, which makes it clear to everyone that this is a step towards full membership in NATO. At the same time, Serbia is still looking for such a leadership narrative that will follow the national interest, and not indulge in emotions for the sake of a political rating,” Lunić said.
RFE states that the NATO headquarters in BiH did not want to comment on the announced joint military exercise, and it is also not known whether that joint military exercise was included in the decision of the Government of Serbia to stop all military exercises and military activities with partners.
previous post