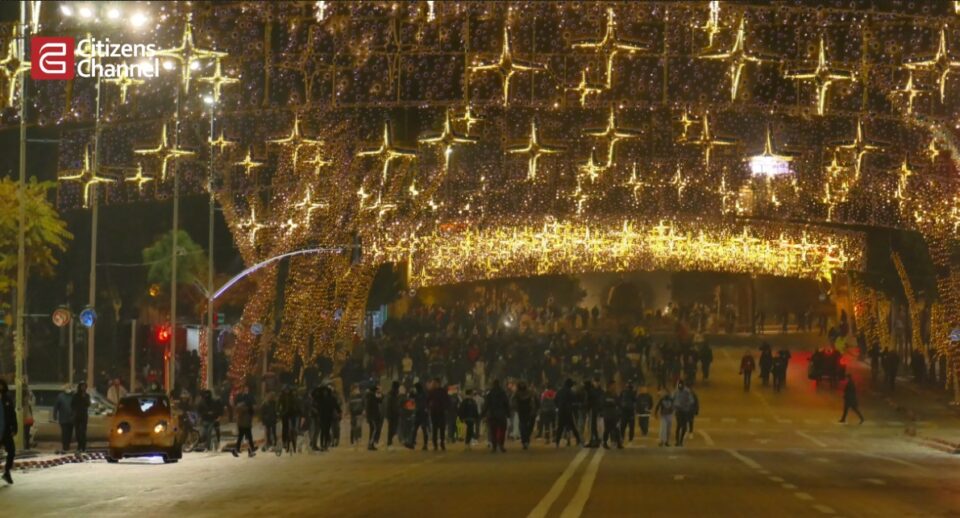 WESTERN BALKANS – SafeJournalists Network sent a letter to the European Commissioner for Neighbourhood and Enlargement Olivér Várhelyi, OSCE Representative on Freedom of the Media Teresa Ribeiro and Council of Europe Commissioner for Human Right Dunja Mijatović calling upon them to exercise the influence of their authority and resolutely demand of the Albanian government to prevent the use of excessive force by police against journalist and media professionals and to secure maximum safety of journalists who report from protests, reads the press release.

It is added that the Network’s letter states that journalists’ associations of the Western Balkan region warn about recorded use of excessive force against journalists, arbitrary detentions and violation of their human rights.

“The regional network of journalists’ organisations from Bosnia and Herzegovina, Croatia, Kosovo, Montenegro, North Macedonia and Serbia expressed their concern that, considering that protests are likely to continue, the police force members will not hesitate to attack journalists and other media professionals again”, it is stated in a press release.

In its letter, SafeJournalists Network pointed out that it only requests for the law to be respected and journalists to be allowed to do their work without hindrance.

“The right of journalists to report in public interest without fear of being threatened, physically attacked, detained, blackmailed, their equipment seized, and material deleted by the police, or members of the public are safeguarded by different national and international legislations. Albania is also a signatory of different conventions such are the European Convention on Human Rights, Convention for the Protection of Human Rights and Fundamental Freedoms and others”, SafeJournalists Network underlines.

They added that over the period of four days, four incidents were reported, all by the members of the police force and reminded that each attack on journalists is an attack on public interest, democracy and rights of all citizens.

The International Press Institute (IPI) urged the authorities in Albania to open an investigation into a recent string of unjustified detentions of journalists and to immediately respond to allegations of reporters being assaulted by police whilst in custody, reads the press release.

The IPI Deputy Director Scott Griffen said that journalists have a right to document to the actions of the police as a matter of public interest, and that these detentions are a violation of the public’s right to know.

“Authorities must also immediately investigate reports of journalists being assaulted by police, including while in custody”, Griffen pointed out and called for the Albanian Ombudsman to investigate the issue.

It is stated in the press release that the arrests came amidst heightened tensions in Albania, where the fatal shooting by police of an unarmed 25-year-old man who had broken curfew on December 8 sparked violent clashes between riot police and demonstrators in Tirana and other cities.

Public debate “Is the EU losing the Western Balkans and/or vice versa?” tomorrow in Ljubljana