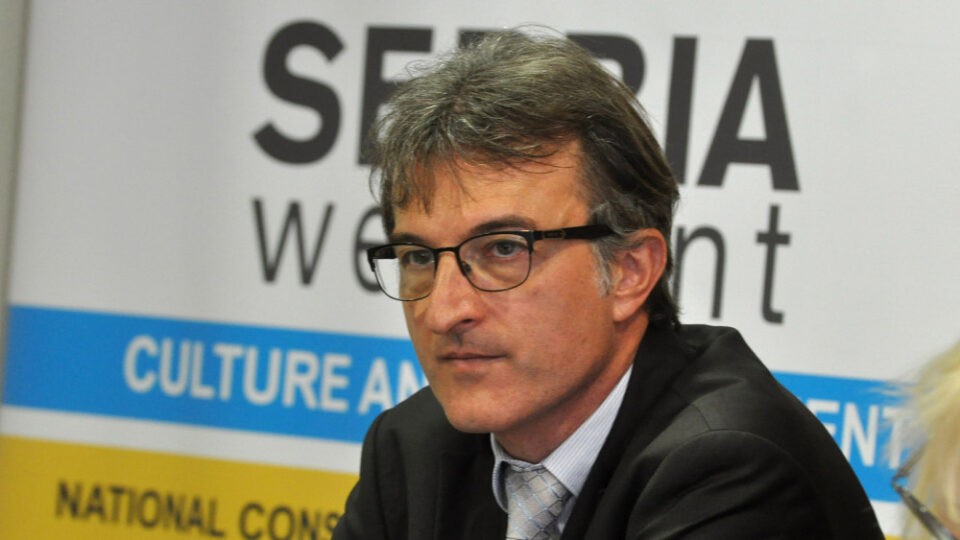 BEOGRAD – A former member of the Council of the Regulatory Body for Electronic Media of the Republic of Serbia (REM) Slobodan Cvejić assessed the work of REM as unsuccessful, emphasizing that “all analyzes of both domestic experts and relevant international organizations indicate that REM is passive and does not perform its basic function, which is to manage the electronic media scene”, N1 reports.

Cvejić resigned two days ago due to the way in which the new president of the Council Olivera Zekić was elected, calling it a violation of democratic procedures in the Council.

He stated that although that body has good technical and organizational capacities, as well as qualified employees, it has a problem with the ‘captured’ Council and management structure.

“The term ‘captured’ is common in political theory when talking about the usurpation of public resources by the political and/or economic elite,” he added.

N1 states that in the case of REM, Cvejić explained that the capture comes from both the political and media spheres.

“This ‘captivity’ is indirect, political parties actually protect media outlets which are their political service and these media outlets appear as main agents of usurpation before REM”, Cvejić pointed out and added that if it is necessary to provide a comfortable position for the so-called pro-government media, interested political parties can provide this dependent position of the REM by direct influence on the members of the REM Council.

Cvejić explained that in the case of media outlets, the ‘capture’ of REM is direct, and they can do so either by conditioning REM’s financial survival by withdrawing from the Serbian media system or by keeping persons who are on key positions in REM administration ‘on the payroll’ (by giving then part-time jobs, fictitious contracts, gifts, and so on).

N1 states that the former member of the REM Council added that due to taking care of the financial survival of the institution and regular salaries for employees, the top management structure (Council and the REM Office) ‘creatively’ interprets data from media monitoring, has strained legal interpretations and turns a blind eye when a certain TV channel broadcasts illicit contents in reality shows on a daily basis or relentlessly broadcasts a functionary campaign.

“In this way, the institution of an independent regulatory body in turning into its opposite”, Cvejić said.

Another REM Council member, Judita Popović previously assessed for N1 that the arrival of Olivera Zekić to the position of the president of the REM Council “was not a choice, but a coup” which was carried out “by one group in the Council”.

“It cannot be legal, it cannot be according to the law,” Popović highlighted, adding that it was pointed out to this, as well as that another candidate was proposed.

The President of the REM Council Olivera Zekić stated on this occasion that REM did nothing against the law, nor against normal and democratic principles, while electing her as a President.

The inter-party dialogue, which took place from October to December 2019 in the National Assembly of Serbia with the mediation of the European Parliament, resulted in a table of measures, which included the work of REM. The appointment of Cvejić as a member of the REM Council was one of the results of the dialogue, when it comes to REM.

Some of the measures related to REM included the election of five new members (out of nine) of the Regulatory Body for Electronic media, which aimed at improving the work of this body leading up to the election campaign. Also, REM had a responsibility to sanction television channels for violating the reporting standards and monitoring the presence of the political actors in the campaign.

Read more: Inter-party dialogue in Serbia: Which outcomes are falsely presented as improvements?

There have been several pieces of criticisms against REM’s monitoring methodology. According to the European Parliament, it was designed to create an impression that an overall media balance exists, contrary to the reality.

Firstly, REM was criticised for only comparing the presence of the opposition parties and the candidates on the parliamentary list of the ruling Serbian Progressive Party (SNS). Looking at their presence this way, it is almost equal. However, President of Serbia and leader of SNS, Aleksandar Vučić, even though he was not a candidate in the 2020 elections, had the ruling party list named after him and had a dominant media presence throughout the campaign, and his activities constantly blurred the line between his official duties as President and campaign for SNS, which was also noted by ODIHR.

Secondly, REM did not monitor the media during the state of emergency (15 March – 6 May) when the official campaign was suspended. During these seven weeks, the opposition was virtually absent from the media with national coverage that only covered the state officials, primarily President Vučić – who did not have any formal role in the anti-COVID policy, but continued to feature prominently, nonetheless. The activities of the state officials during this period, ODIHR noted, at times took on the form of tacit campaigning.

Thirdly, according to the Bureau of Social Research (BIRODI), the big mistake of REM’s way of monitoring is that it does not contain an analysis of tonality – positive, negative or neutral. The smearing campaigns against the boycotting opposition, frequently seen on the pro-government television channels, would thus be included just as the total time these actors receive, distorting the perception of Serbia’s media scene.

Finally, REM reports gave equal weight to the time on national television channels and cable channels Nova S and N1, where the opposition is far more represented, but which only have a limited outreach, further distorting the actual balance of power in the media, which is heavily tilted towards SNS.

EWB SCREENING / Igor Bandović: The citizens of Serbia know they live in a captured state