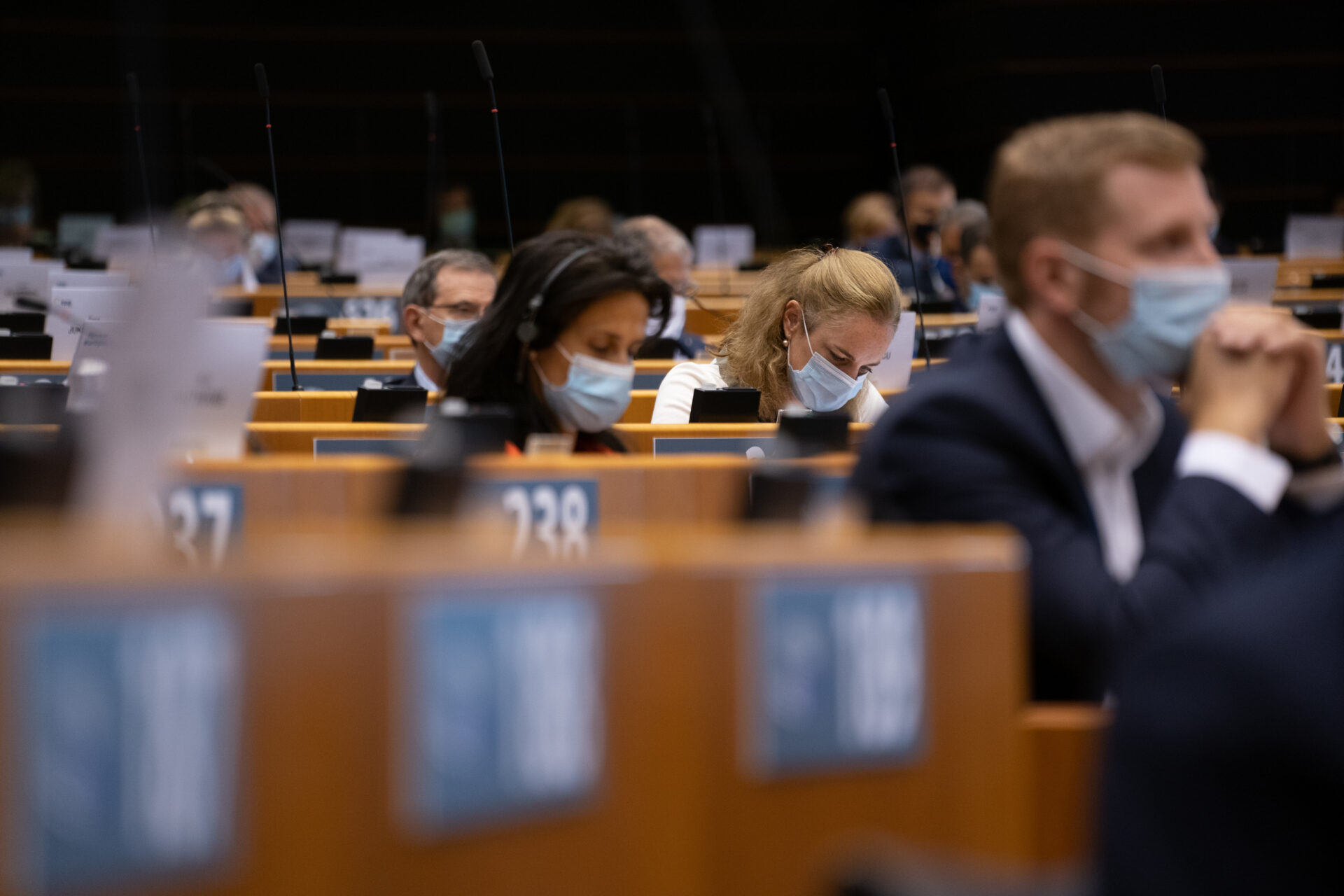 Even though COVID-19 will remain the number one issue for the citizens of the Western Balkans in 2021, there are nonetheless other important political events whose consequences will be felt across the region.

With the new year underway, new important elections, as well as a dialogue on the electoral conditions are on the region’s agenda. Key processes, including the EU accession process and the Belgrade-Pristina dialogue, do not seem to have any major breakthroughs in store, but surprises are certainly possible.

Following the Constitutional Court ruling in December, yet another snap election in Kosovo is scheduled for 14 February. The new Assembly will also have to elect the new President of Kosovo.

While in October 2019 Albin Kurti’s Vetëvendosje just barely topped the polls, this time it is projected to win a strong majority. Kurti could return to the office of Prime Minister less than a year after he lost the no-confidence vote.

“The dissatisfaction accumulated since March 2020, when the old political elite toppled the Kurti Government, is the key reason behind the increased support”, says Donika Emini, Executive Director of the CiviKos Platform and member of Balkans in Europe Policy Advisory Group (BiEPAG), for European Western Balkans.

Vjosa Osmani, acting President of Kosovo and the Speaker of the Assembly, who was a nominee for the Prime Minister by the second-placed Democratic League of Kosovo (LDK) in 2019, is expected to join forces with Kurti as an independent actor, signaling decisive change on Kosovo’s political scene, so far dominated by LDK and Democratic Party of Kosovo (PDK).

Resumption of the Belgrade-Pristina dialogue, but the final agreement not expected

What will potential second Kurti government, more stable than the previous one, do when it comes to dialogue with Serbia?

“Kurti has previously shown solid cooperation with the EU while attempting to create a process based on principles and values. It is, however, unknown how he will be approaching what happened so far in the process – especially during the Hoti Government”, says Donika Emini.

With the elections in Serbia looming in the spring of 2022, it seems unlikely that anything resembling a final agreement can be reached this year. President of Serbia Aleksandar Vučić more or less confirmed that recently, saying that “he will not recognize Kosovo until 2022, and after that the people will decide”. On the other hand, there could be progress on individual issues – the sides talked about property issues and financial claims in the latest rounds of the dialogue facilitated by Miroslav Lajčak.

Parliamentary election in Albania is expected in late April. Previously, opposition boycotted the 2019 local elections, but this time it will participate, even though it accused the ruling party of unilaterally changing elements of the electoral system.

Edi Rama, leader of the Socialist Party, has been in power since 2013, first in a coalition with the Socialist Movement for Integration (SMI), and then alone. Democratic Party (DP) and SMI, together with several smaller parties, will challenge the Socialists. DP, led by former Tirana mayor Lulzim Basha, has been received strong backing of the European People’s Party, of which it is an associate member.

Rama’s government has recently been rocked by several scandals – including the demolition of the National Theatre in May and a murder of a young man by the police officer in December. It has also been repeatedly accused of authoritarianism. Nevertheless, Donika Emini believes Rama is still a favorite to remain in office.

“Of course, this commodity of Rama is ensured by the political system favoring the two big parties. It is also due to the weak and unstructured opposition that Rama is leading the polls. Lack of other and better alternatives leaves the electorate in Albania without better choices”, she assesses.

Regardless of the winner, Albania will be facing the challenge of opening accession negotiations and regional cooperation as one of the key issues which have caused frictions between political elites in Kosovo and Albania.

The second phase of the inter-party dialogue, mediated by the European Parliament, should hopefully lead to a consensus on electoral conditions before the 2022 snap parliamentary, presidential and city of Belgrade elections.

However, opposition parties are already accusing the ruling coalition of trying to postpone the start of the dialogue as much as possible. These parties mostly boycotted the parliamentary election on 21 June, which left the National Assembly without a viable opposition. They are demanding a more balanced media coverage, end of the reported pressures on voters and holding the local and national elections separately.

Srđan Cvijić, senior policy analyst for the Open Society European Policy Institute and BiEPAG member, believes it is essential for the ruling coalition in Serbia to maintain the façade of working towards fulfilling the criteria for EU membership.

“This creates at least a window of opportunity for the EU facilitated dialogue with the opposition on elections. The opposition should seize this opportunity, learning from the mistakes of the Montenegrin provisional government of electoral trust in 2016”, he says.

(Yet another) decision on North Macedonia and Albania

EU finally opened accession negotiations with North Macedonia and Albania in 2020, but then got stuck once again, this time on the issue of holding the first inter-governmental conferences with the candidate countries.

While it seemed that, at least in the case of North Macedonia, there was a green light, Bulgaria soon dashed those hopes away, putting the decision on hold over the interpretation of mutual history. The Council of the EU will probably revisit the decision soon.

Professor at the University of Graz and BiEPAG coordinator Florian Bieber believes that there is a reason for hope in 2021.

“While it is uncertain that North Macedonia and Albania will progress this year, I would think the odds are good. After Bulgarian elections (scheduled for March) there will be a chance to find a face-saving way out for Bulgaria. However, if that opportunity is missed, the risk will be that the veto “settles in” and becomes harder to challenge in the subsequent period”, he says.

EU accession negotiations with Montenegro and Serbia: Will there be any progress?

Presumably, both Montenegro and Serbia should adapt their Negotiating Frameworks to the new enlargement methodology in 2021. However, it is still hard to assess how tangible the progress this year will be, or even if there will be any.

Last year, Montenegro had a change of government for the first time in three decades, and its government remains committed to EU accession. According to Florian Bieber, the new government might make progress with the country’s EU accession, but its unstable, ideologically heterogeneous majority, could paralyze the progress.

“The jury is still out. There have been both positive signals, i.e. some apparent efforts to deal with corruption, but also some discouraging ones, considering the strong role of the Serbian Orthodox Church”, says Bieber. He adds that the government still has a good starting position to bring a new momentum in the country’s accession process.

In Serbia, on the other hand, situation looks less optimistic. In 2020, the country has not opened any new chapters. The new government has declared commitment to EU reforms, but its term in office ends in a year or so. Still, according to Srđan Cvijić, there is a “simple” way to turn the country’s fortunes around.

“The announced Kosovo parliamentary elections and the negotiations to form a new government will probably leave little space for maneuver on the Kosovo front until autumn of 2021. This means that the government will be largely judged on its ability to meet the democratic and rule of law standards. The constitutional reforms of the judiciary and the EU facilitated dialogue on fair elections will be the litmus test on which the Serbian government will be judged next year”, assesses Cvijić.

The last two times that EU Members with closer connections to the region – Bulgaria and Croatia – held the Presidency of the Council, positive signals were sent to the Western Balkans. Another such occasion will be the second half of 2021, when Slovenia will hold the Presidency.

“Of course, having a friend of enlargement holding the Presidency is helpful, but considering that it was under the German presidency that the Bulgarian veto threw a wrench in the process once again, I would not overestimate the influence of the presidency”, comments Florian Bieber.

He believes that Slovene presidency might be marred by political instability domestically.

“Janša’s government is unstable and might collapse until then. This does not just matter for the ability of Slovenia to have a presidency in general that is not absorbed by political tensions, but also could affect its ability to effectively put the Western Balkans on the agenda”, he concludes.

Other events that could prove significant

The arrival of Joe Biden and departure of Angela Merkel will be the events of significance to the entire world in 2021. However, dramatic changes to American and German policies to the Western Balkans are not expected, at least not yet.

The year 2020 closed with the renewed civil society discussions on reform of the political institutions of Bosnia and Herzegovina, as well as rumors that Germany is planning to appoint a new High Representative for the country. There are still no signs of the political will for a significant breakthrough in any direction.

March will also see parliamentary elections in the Netherlands and Bulgaria, two countries that have been quite significant for the accession process of the Western Balkans in recent years. While Dutch parties that are more skeptical towards enlargement seem to be heading for a majority, elections in Bulgaria could be the final obstacle for North Macedonia to hold its intergovernmental conference. One should never be too confident with those predictions, as recent history has taught us.