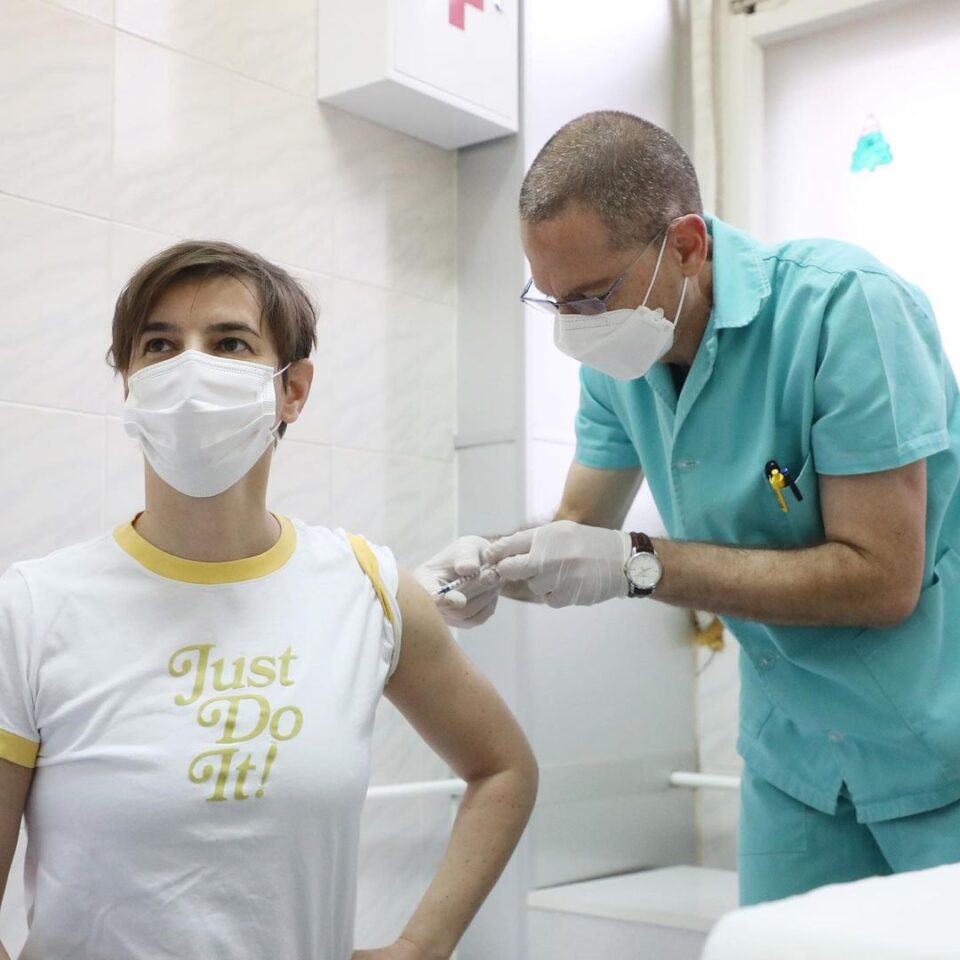 BELGRADE – The year of coronavirus in Serbia and the world was fertile ground for spreading numerous misinformation. Fake news from Facebook and Viber groups, Twitter and other social networks spread to numerous tabloids. Since the appearance of COVID-19, the issue that has caused strong divisions is the use of masks and their effectiveness, and with the announcement of the beginning of vaccination, the central issue is the composition of vaccines and their alleged harmfulness. While some have eagerly awaited the arrival of the first vaccines, there are those who do not trust them.

A public opinion poll conducted by the European Fund for the Balkans showed that half of the respondents in Serbia (50.5%) believe to some extent, or to a large extent, that the pharmaceutical industry is associated with the spread of coronavirus.

As stated in the poll results, 42.8% of the respondents believe that there is a connection between 5G technology and coronavirus, and almost half of them stated that they believe in the theory that Bill Gates uses the coronavirus pandemic to insert a microchip into the vaccine, in order to track people.

As was the case with the information regarding the coronavirus itself, the beginning of vaccination in Serbia was marked by numerous ambiguities – how many vaccines will Serbia procure, will they obtain the Pfizer, Chinese or Russian vaccine? Additional ambiguities are caused by media reports and social networks, through which disinformation about vaccines spreads much faster than accurate information does.

In Serbia, the Prime Minister of Serbia, Ana Brnabić, and the Minister of Labor, Darija Kisić Tepavčević, were the first to roll up their sleeves, and the video of them receiving the vaccine spread on social networks, especially among conspiracy theorists and vaccine skeptics.

Although numerous media houses followed and recorded live the vaccinations, posts appeared on social networks stating that the technician administering the vaccine “does not hold a needle but the tip of a syringe”, and that Brnabić and Kisić Tepavčević did not actually receive the vaccine.

Demostat stated that citizens trust the professionals the most, and that doctors and scientists are rated as the most trustworthy. On the other hand, distrust dominates towards the Government of Serbia, and with a strong 41 percent. This means that citizens have confidence in experts, but that distrust prevails for the Crisis Committee and political institutions.

The call for vaccination should come from those who have backed authority, and some of those people send a different message to their supporters, psychotherapist Nevena Čaloska Hercog told N1.

“With respect, with the readiness to answer questions and to critically say what is known, and what is not. To know what the possible consequences are, and only then we can expect that the social response will be reasonable and comprehensive “, she concluded.

In order to demonstrate to the citizens that all of the vaccines are safe, officials in Serbia decided to receive different vaccines.

Serbian Minister of Health Zlatibor Lončar stated that he will be vaccinated against the coronavirus, and that the only reason he has not been vaccinated yet is because of the agreement between state officials for everyone to receive different vaccines and thus show that everything is safe, Al Jazeera reports.

Responding to the question posed by journalists why he was not vaccinated yet as the Minister of Health, he said that he would vaccinate with the next vaccine that arrives in Serbia and receives the certificate of the Medicines and Medical Devices Agency of Serbia (ALIMS).

“It wouldn’t be fair for us all to be vaccinated with the same vaccine. Whichever the next vaccine, I will be vaccinated with it. I have no problem receiving the Pfizer or the Russian vaccine, which have already arrived in our country, “Lončar said.

Although in other countries the practice of state officials being the first to receive the vaccine can be seen, in order to instill confidence in all of their citizens that the vaccines are safe, in Serbia, it seems, the decision which official will receive which vaccine is deeply connected with their geopolitical views.

As some media in Serbia reported, more citizens of Serbia opted for the Russian rather than the American vaccine on the e-government portal.

On that occasion, Vulin stated that he wanted to get “the Russian vaccine specifically” because he believes in Russian medicine.

Ivica Dačić said that the fact that he received the Russian vaccine was part of an earlier agreement between him, Serbian President Aleksandar Vučić and Prime Minister Ana Brnabić, that each of the highest state officials receive vaccines from different manufacturers “in order to increase citizens’ trust in the vaccination process.”

He said that no one would believe him that it was not a matter of political reasons that he received the Russian vaccine, and emphasized that it “really has nothing to do with it”, but that he wanted to support public health by vaccinating.

A plane with a cargo of one million doses of the Chinese vaccine Sinofarm landed at Belgrade’s Nikola Tesla Airport on Saturday, and was greeted by Serbian President Aleksandar Vučić. He announced that another 19,500 doses of the new Pfizer vaccine would arrive on Monday, and 250,000 doses of Sputnik V would arrive on Tuesday. He also announced that journalists would be included in the priority list for vaccination.

The vaccines were delivered in 10 containers, and 125,000 vaccines fit in one container, Vučić said at the airport.

He thanked the President of China, Xi Jinping, not only for this, but also for his friendship, because, he says, they sent a million doses, which is not easy to do. He also said that for everything he asked from President Xi, from the steel plant to other things, he had understanding for Serbia and helped it selflessly.

The plane landed around 9.50 am. In addition to Vučić, it was welcomed by Minister Zlatibor Lončar, BIA chief Bratislav Gašić, as well as Chinese Ambassador to Serbia Chen Bo.

Political scientist Boban Stojanović told Danas that the fact that politicians from the government receive vaccines should raise trust in the vaccine itself.

He added that it’s a practice being done a lot all around the world, but that the problem is that there is generally low trust in politicians and the Crisis Committee.

“When Vučić receives the vaccine, it will already be a different situation, because the Demostat research showed that a good percentage of people would receive the vaccine only if Vučić says that he should receive it. It is very possible that Vučić will receive the Chinese vaccine, although it was expected that it would be the Russian one. And of course, all that is part of the diplomatic game, especially for his voters, amongst whom I believe it will be a sign that they are most ready to receive the vaccine that he also received, “Stojanović concluded.

In Serbia, two vaccines have been approved for immunization against the coronavirus, Pfizer vaccine- whose first doses have already been received by some citizens, and Sputnik V, which was approved for use at the end of last year and for which an immunization plan is being made, Pavle Zelić from the Agency for Drugs and Medical Devices of Serbia told RTS. He added that it does not matter where the vaccines come from, but that they are high quality, effective and safe.

These two vaccines, as well as all the others that will arrive in the country, are screened, Zelić emphasized, and that the citizens therefore have no reason to worry.

“Every batch, every vaccine that comes to Serbia is checked in the Drug Agency both through documentation and through the National Control Laboratory. Certificates and analyzes are issued. “No step has been skipped, especially when we talk about safety, and we are constantly monitoring side effects, and we know exactly what happens with each vaccine,” Zelić added.