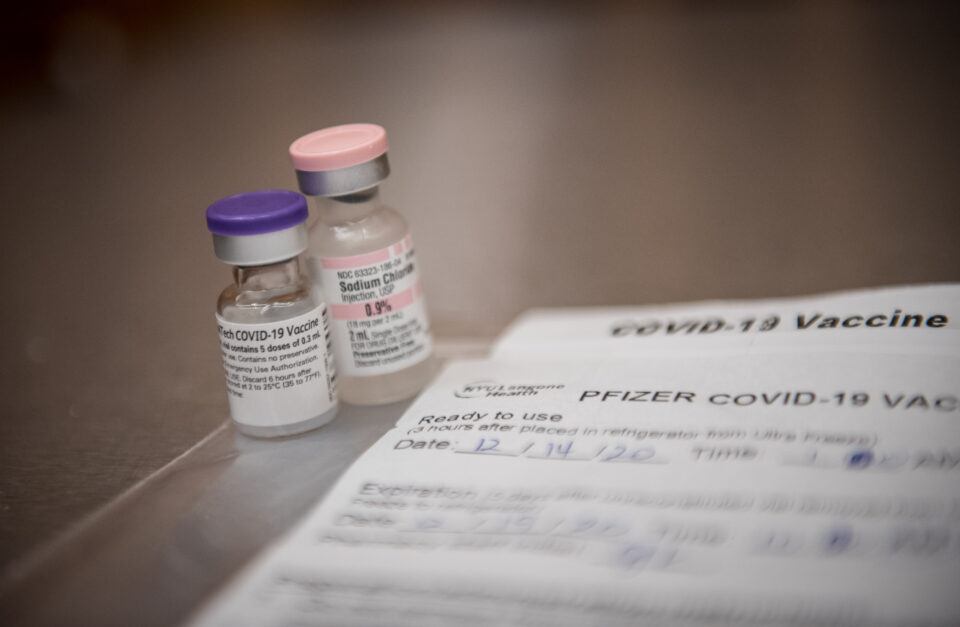 WESTERN BALKANS – Serbia is in the lead in vaccination against COVID-19, while the European Union has failed when it comes to immunization of its population – it is a narrative that prevails in a large number of media in Serbia and the region.

The narrative that the European Union experienced a debacle with vaccination has been going on since the companies Pfizer and BioNTech, the manufacturers of one of the vaccines against COVID-19, reduced deliveries in the period from late January to early February, explaining that reduced deliveries were a temporary problem due to changes in production processes designed to strengthen production.

“This will temporarily effect deliveries in late January to early February, while it will provide a significant increase in doses available to patients in late February and March,” Pfizer said in an official statement on January 16.

Although the media write that the member states criticize the EU because vaccination is slow, the fact is that last year the EU members gave a mandate to the European Commission to negotiate and conclude contracts on the procurement of vaccines on their behalf. A decision was made that the EU procures vaccines instead of individual EU countries in order to ensure equality in access to vaccines. The European Union has reserved almost 2.3 billion doses and signed contracts for the supply of vaccines from six different manufacturers, of which only two have so far received approval for use – Pfizer and Moderna.

Six EU members (Sweden, Denmark, Finland, Lithuania, Latvia and Estonia) called on the European Commission in mid-January to put pressure on Pfizer-BioNTech to “ensure the stability and transparency of the timely delivery” of COVID-19 vaccines. They said that this situation was unacceptable and warned that in this way the credibility of vaccination would be reduced.

The EU Member States began a coordinated process to vaccinate about 450 million citizens on December 27, when people from the most at-risk and most vulnerable groups of the population and medical workers began to be vaccinated.

European Commission Vice-President Margaritis Shinas said during a press conference on January 19 that the European Union aims to vaccinate 70 percent of its adult population by June, while European Commissioner for Health and Food Safety Stella Kyriakides said the EU’s joint purchasing strategy means there is already enough doses for vaccination of 80 percent of the EU population of 450 million.

However, what Serbia and the region criticize the European Union about is the non-functionality of the COVAX system, which is managed by Gavi, the Vaccine Alliance in cooperation with the Coalition for Epidemic Preparedness Innovations (CEPI) and World Health Organisation, and in which financing the EU also participates. This system has the aim to accelerate the development and manufacture of vaccines and to guarantee fair and equitable access for every country. However, the countries of the region, which are part of this program, still have not received vaccines, while the media attribute the blame to the European Union.

Serbian as well as media in the Western Balkan region state that “instead of salvation and relief, the vaccine has brought a fight over who will grab more vaccines”. Serbian President Aleksandar Vučić criticized the European Union on January 19, saying “Serbia has donated two million euros for vaccines”

“It seems to me that we have been heavily involved in supporting the development of a cure for the crisis. We were the first in the region to pay for COVAX, through which we would have to receive significant quantities of vaccines from the EU,” Vučić said, adding that Serbia still did not receive any vaccines through this program.

However, the CEO of Gavi Seth Berkley said on January 22 that the COVAX program would be ready to deliver the first doses in February, and added the next day that according to their calculation, with the right level of funding in place, COVAX will be able to procure 2.3 billion doses of vaccines in 2021.

“This equates to 1.8 billion doses for people in 92 lower-income countries through the Gavi COVAX Advance Market Commitment (AMC)”, wrote Berkley adding that with more than 190 economies involved, now is the time to demonstrate the power of multilateralism because we cannot defeat this virus without unity and solidarity.

As Gavi Spokesperson told the European Western Balkans, COVAX’s goal is to begin rolling out vaccines to the most prepared countries possibly as early as February, with the first tranche – enough to protect 3% of each participating economy’s population – in the first half of the year, building towards their goal of protecting at least 20% of the population by the end of 2021.

“Important to note that all of this is pending favourable regulatory outcomes and the readiness of health systems and national regulatory systems in individual participating economies”, said Gavi Spokesperson.

Read more: The choice of vaccine in Serbia influenced by foreign policy preferences

RCC and UNDP: Women’s empowerment is essential to Western Balkans’ efforts to build back better from the pandemic