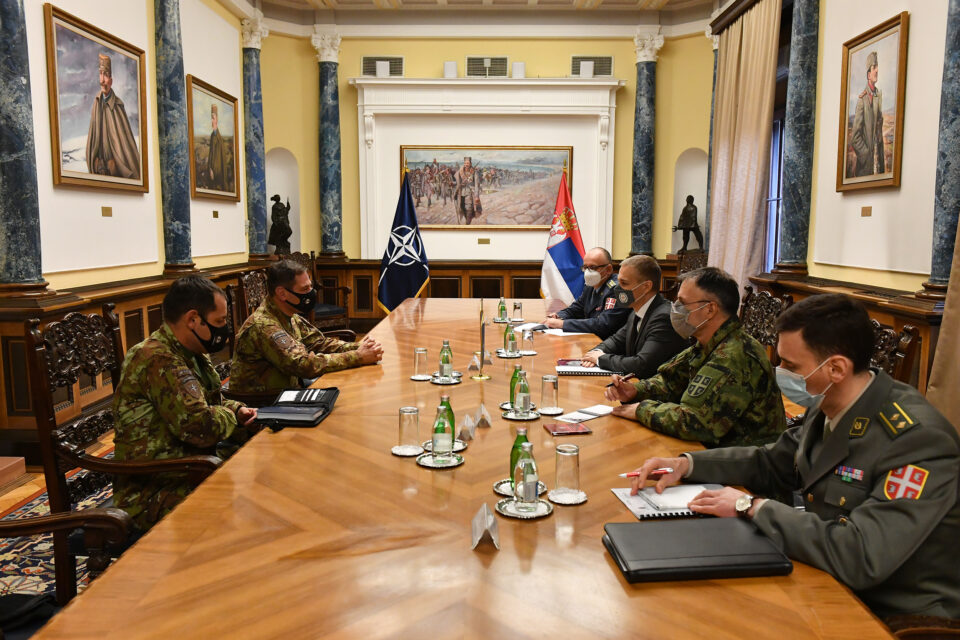 BELGRADE – Major General Franco Federici met yesterday with the Serbian Defense Minister Nebojša Stefanović and Chief of General Staff General Milan Mojsilović to discuss cooperation between the Serbian Armed Forces and KFOR, as well as security in the region.

During the meeting, Stefanović thanked the KFOR commander for protecting the Serb population and churches in Kosovo, and both sides reaffirmed their commitment to maintaining cooperation between the Serbian Armed Forces and KFOR at a professional level.

Stefanović pointed out that according to UN Security Council Resolution 1244, KFOR is the only legitimate armed formation in Kosovo and that it is expected to provide a safe environment for all ethnic groups in the southern Serbian province.

During the talks, he asked Commander Federici for KFOR to maintain the necessary level of operational capabilities and pointed out that the transformation of the Kosovo Security Force (KSF) is unacceptable for Serbia, because it violates UN Security Council Resolution 1244 and the Military Technical Agreement. During the meeting, the necessity of intensifying cooperation between the Serbian Army and KFOR in the fight against terrorism was emphasized.

We remind that the Kosovo Force or KFOR is an international peacekeeping mission led by NATO, which has been deployed in Kosovo since 11 June 1999.

Has the EU really failed when it comes to vaccines?

Serbian citizens informed about side effects of Western, but not Russian and Chinese vaccines

Stoltenberg in Tirana and Skopje: NATO is building a better future for the region