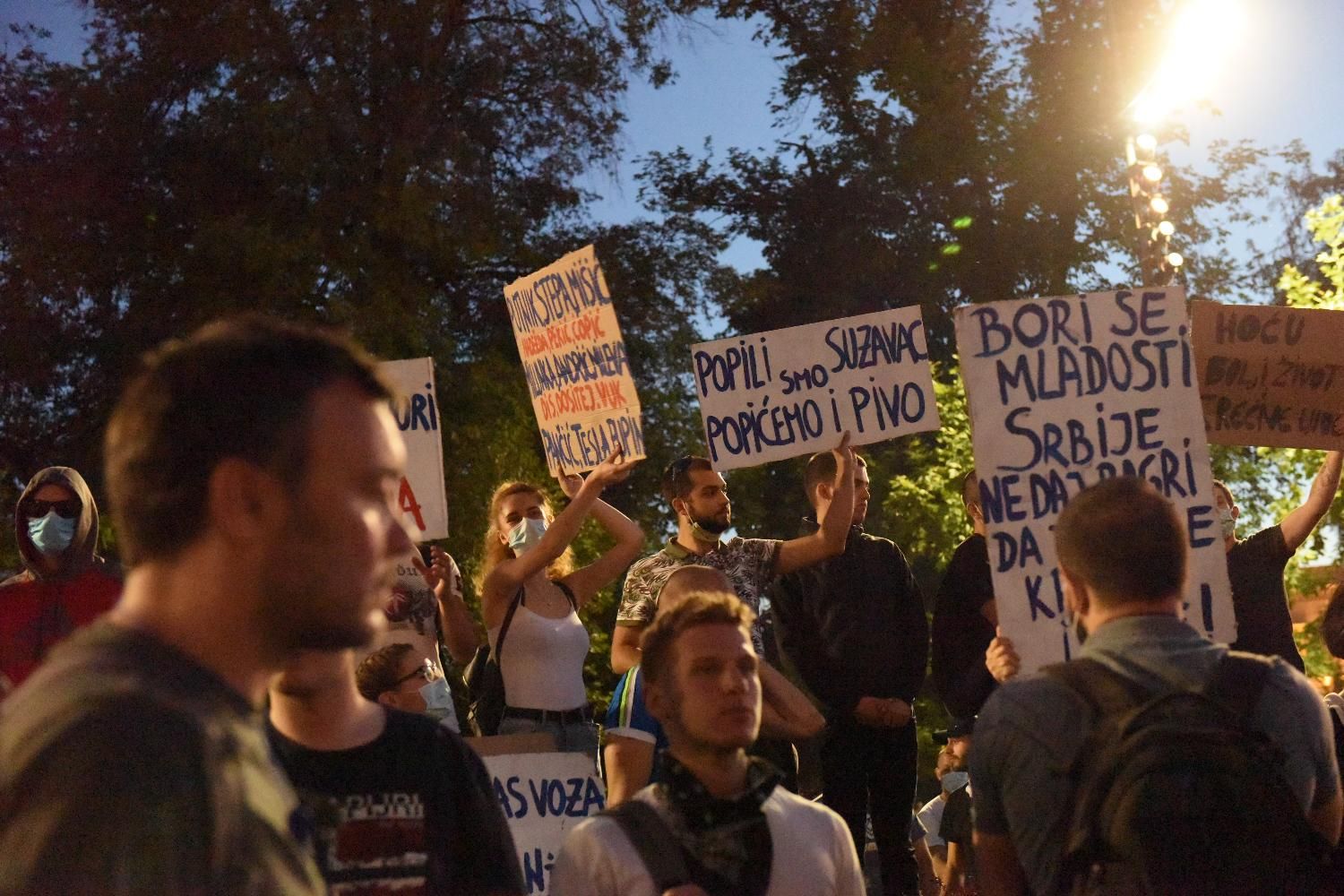 Protests in front of the National Assembly; Photo: FoNet

LONDON – According to the 2020 Democracy Index published by the Economist Intelligence Unit, Albania is the only country that has managed to improve its democratic status, while most of other Western Balkans countries experienced backsliding. Serbia has achieved the lowest average score since the launch of the Democracy Index in 2006 (6.22).

This index measures the state of democracy based on the electoral process and pluralism, the functioning of government, political participation, political culture, and civil liberties. The observed countries are then classified in four categories: full democracy, flawed democracy, hybrid regime or authoritarian regime.

In the region of Eastern Europe, which also includes the Western Balkan countries, only Albania managed to move up from the category of “hybrid regime” to become a “flawed democracy” by improving its score for 0.19 points.

The report states that the progress of Albania was driven by the increase in public support for democracy and the electoral reforms undertaken by the Government that seeks to bring Albania’s election laws in line with EU standards as the country prepares for the start of EU accession talks.

„However, it remains unclear whether the reforms will result in completely free and fair elections”, the report reads.

Albania is still markedly below the regional average in the category “political participation”, with only 4.44 points. It makes up the low score in this category with an above-average score of 6.25 in “political culture”.

Serbia, which experienced a partial election boycott in 2020, is the biggest backslider in the region (-0.19 points), followed by North Macedonia (-0.08 points) and Bosnia and Herzegovina (-0.02 points). Montenegro managed to improve the score for 0.12 points but remained in the group of hybrid regimes.

Bosnia and Herzegovina has achieved a comparatively very low score of 2.93 in the category “functioning of the government”. Other regional countries received between 5 and 6 points in the same category.

All the Western Balkans countries that were assessed are in the group of flawed democracies (Serbia and Albania) or hybrid regimes (North Macedonia, Montenegro and Bosnia and Herzegovina).

Out of 167 countries, Serbia is ranked 66th, Albania 71st, North Macedonia 78th, Montenegro 81st, while Bosnia and Herzegovina is 101st.