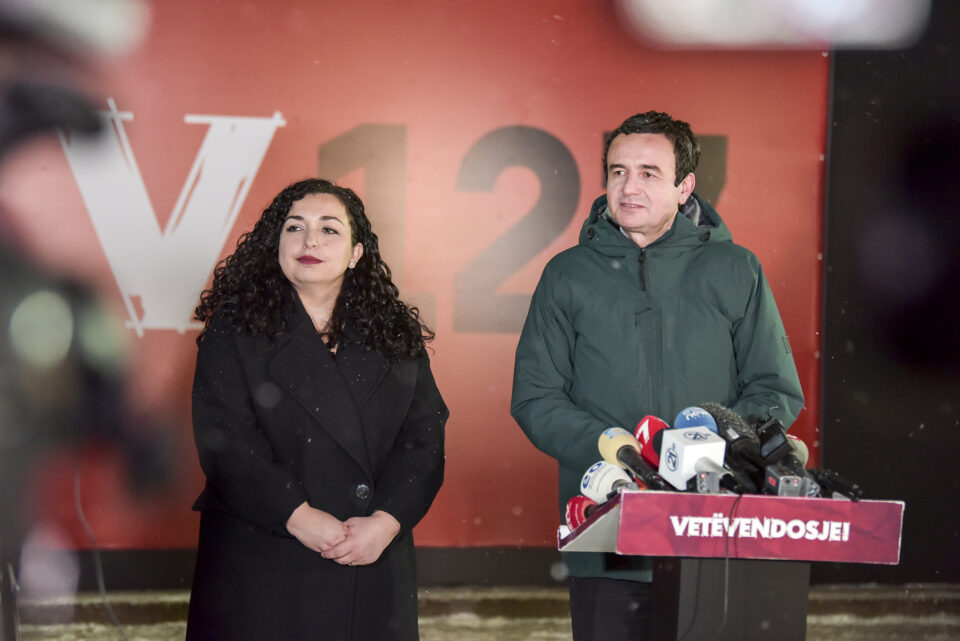 PRISTINA – Albin Kurti’s Self-Determination Movement (Vetëvendosje) wins Kosovo’s snap parliamentary elections held on February 14th, according to preliminary official results which show that based on 98 per cent of counted ballot, the Self-Determination Movement won 48 per cent of the votes, while all 10 seats for the Serb community went to the Serb List, reports FoNet.

In the second parliamentary elections in the last 18 months, the Democratic Party of Kosovo (PDK) won 17%, the current Prime Minister Avdullah Hoti’s Democratic League of Kosovo (LDK) won 13% and the Alliance for the Future of Kosovo (AAK) around 7%.

“This was a referendum for justice, against the state capture and corruption,” Kurti said at a press conference at his party’s headquarters in Pristina, declaring an election victory.

Kurti said that the elections were “unprecedented in post-war Kosovo” and said that “the country is in crisis”, so everyone must take responsibility for “Kosovo to become a country where people can live”.

Hoti said he was taking responsibility for the electoral defeat of his party. DPK Prime Minister candidate Enver Hoxhaj congratulated the Self-Determination Movement on its election victory, but said that DPK would not be part of the future government. AAK leader and former Kosovo Prime Minister Ramush Haradinaj expressed readiness for a coalition with the Self-Determination Movement, after the election results were announced.

For the composition of the government, the Self-Determination Movement will have to form a coalition with at least one parliamentary party in order to secure 61 seats in the Assembly of Kosovo which has 120 MPs.

“We need 61 MPs to form a government,” Kurti said after the election, adding that “those who should switch to the opposition” will not be included in the new government.

The Serb List (SL) won all 10 parliament seats reserved for the Kosovo Serbs with more than 36,000 votes. Goran Rakić, leader of the Serb List called the support of more than 70 percent of voters in the Serb-majority area, a “Serbian unity, Serbian harmony” victory at a press conference.

The future of the Belgrade-Pristina dialoge?

EU Special Representative for the Belgrade-Pristina dialogue Miroslav Lajčák, assessed that the parliamentary elections in Kosovo showed the maturity of all actors and Kosovo institutions, and said that he expects cooperation with the future government in Pristina, FoNet reports.

“Yesterday’s elections in Kosovo demonstrated maturity of its institutions, all relevant actors and political parties. The citizens have made their voices heard and I’m looking forward to working with the incoming government on the continuation of the Dialogue,” Lajčák wrote on his Twitter account.

Yesterday’s elections in Kosovo demonstrated maturity of its institutions, all relevant actors and political parties. The citizens have made their voices heard and I’m looking forward to working with the incoming government on the continuation of the Dialogue. https://t.co/TM6mtxwCLA

However, Kurti stated that the dialogue will not be one of the priorities and that instead of the dialogue with Belgrade, he wants to join the internal dialogue, which will be focused on Kosovo Serbs.

“I want to engage in a dialogue with Kosovo Serbs that will be focused on development. Everyone should be treated equally and with respect, but we must stop loud phrases, such as the dialogue on reconciliation or the historical dialogue,” Kurti told the Swiss newspaper Le Temps, reports Ekonomija online.

He asked why would not Albanian and Serbian farmers unite and why there would not be a discussion about fertilizer, machinery, production or fuel prices for example.

“Let’s start with something, instead of repeating the same questions about identity, and as far as the dialogue with Serbia is concerned, it should be conducted for the benefit of the citizens,” Kurti said.

He pointed out that he hoped that the idea of ​​exchanging territories with Serbia would soon be completely abandoned in the international community.

Kurti reiterated that for him and his party, the Belgrade-Pristina dialogue is not one of the priorities.

“This topic takes the sixth or seventh place among the priorities of the citizens. All polls show that their main concerns are employment, economy and justice, but I am willing to make a compromise and move the dialogue with Serbia to the third or fourth place of my priorities,” Kurti pointed out.

“I do not know what would be more important for Pristina than the normalization of relations, which brings economic prosperity,” Brnabić added.

Also, the Self-Determination Movement sent a message after the election that the future Kosovo government, if formed by Albin Kurti, will not force the implementation of the Washington Agreement.

Apart from the last point of this agreement, the mutual recognition of Kosovo and Israel, other points are not in favor of Kosovo, said Albulena Haxhiu from the Self-Determination Movement.

According to her, the Self-Determination Movement does not expect any pressure from the United States on this issue, and that she even talked about it with the US Ambassador to Kosovo Philip Kosnett, Kossev reports.

In an interview with RTK, since Joe Biden took over the position of the President of the United States, Kosnett said that the Washington Agreement is still in force, but until “some changes can be made” in the future.

“I expect that we will continue to work, building on the results already achieved,” the ambassador said.

Kosnett called on the parties in Kosovo to work quickly on the establishment of a new assembly, and then on a government “that would serve all citizens and solve urgent challenges.”

According to Kossev, Kosnett met with Kurti and congratulated Kurti on his victory. The US President Joe Biden also congratulated the acting President of Kosovo Vjosa Osmani on the 13th anniversary of the declaration of independence, and pointed out that he was looking forward to cooperating with the new government and working on reaching a final agreement with Serbia.

“We look forward to working with the next government to move Kosovo forward on its European path. Much remains to be done, including securing a comprehensive normalization agreement with Serbia, which is based on mutual recognition,” Biden said.

The United States will encourage the new Kosovo government to make negotiations with Serbia a priority, said State Department Spokesperson Ned Price when asked by the Albanian Voice of America service to comment on the elections in Kosovo.

EWB SCREENING / Sofija Mandić: There is no area in which we have backslide more than in the judiciary