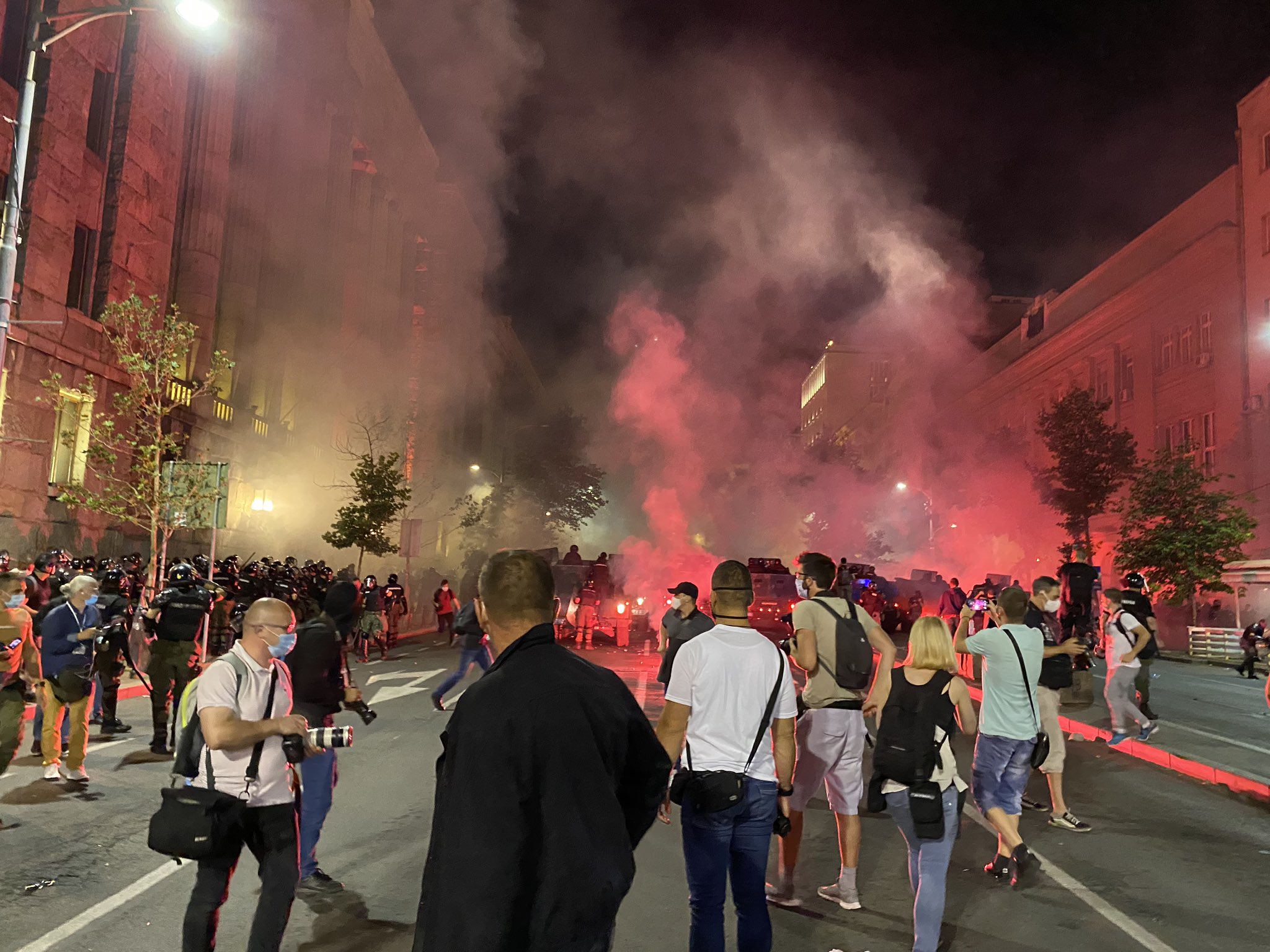 WASHINGTON – As a lethal pandemic, economic and physical insecurity, and violent conflict ravaged the world in 2020, democracy’s defenders sustained heavy new losses in their struggle against authoritarian foes, shifting the international balance in favor of tyranny, it was stated in the latest Freedom House (FH) report “Freedom World 2021 – Democracy under Siege”.

According to FH, incumbent leaders increasingly used force to crush opponents and settle scores, sometimes in the name of public health, while beleaguered activists—lacking effective international support—faced heavy jail sentences, torture, or murder in many settings.

As COVID-19 spread during the year, governments across the democratic spectrum repeatedly resorted to excessive surveillance, discriminatory restrictions on freedoms like movement and assembly, and arbitrary or violent enforcement of such restrictions by police and nonstate actors.

“Flawed parliamentary elections dealt a grievous blow to Serbia’s multiparty system. In Kosovo the political old guard ousted Prime Minister Albin Kurti’s short-lived government and formed a new one, unconstitutionally. Conversely, Montenegro bucked a six-year string of score declines, as elections resulted in the first transfer of power to the opposition in the country’s independent history. North Macedonia’s reformist government was reelected, and its institutions have largely recovered from the damage inflicted by the fugitive former prime minister, Nikola Gruevski. The recently reelected government of Prime Minister Zoran Zaev has reversed years of democratic backsliding, but the country continues to be denied a chance to join the European Union“, the report said.

Serbia and the US are among 25 world countries where political and civil liberties record the most significant fall in the last decade, the Freedom House (FH) report “Freedom in the World 2021 – Democracy Under Siege” said on Wednesday.

It added it found „that the annual gap between losses and gains widened in 2020, and fewer than a fifth of the world’s people now live in fully free countries.“

The report covers 195 states and 15 territories and records the 15-year-long global fall in political and civil liberties.

According to the report, Serbia scored 64 index points in 2020, two down from the last year. That means that since 2010, Serbia fell for a total of 14 points and that puts the country in the ‘partly free’ category, the Voice of America (VOA) said.

At the same time, VOA added, the US has gone down 11 index points but is still categorised as a free country.

Besides Serbia, the other countries from the Western Balkans: Montenegro, Albania, Bosnia and Herzegovina, Kosovo and North Macedonia are also in the ‘partly free’ category.

Slovenia and Croatia, members of the European Union, are seen as free countries.

„Serbia is a parliamentary democracy with competitive multiparty elections, but in recent years the ruling Serbian Progressive Party (SNS) has steadily eroded political rights and civil liberties, putting pressure on independent media, the political opposition, and civil society organisations. Despite these trends, the country has continued to move toward membership in the EU,“ the report said.

Albania has lost one point in the report compiled by Freedom House.

From 67 points last year, Albania is now rated at 66 points. One point was deducted from the category “associational and organization rights”, and this came as a direct result of police brutality witnessed in May towards citizens protesting against the state’s demolition of the National Theater, as well as following the murder of Klodian Rasha, a 25-year-old young man that was shot down by a police officer after he had violated curfew hours.

In addition, Kosovo dropped two points, going from 56 to 54, mainly related to the electoral process and political pluralism.

This drop is directly related to the ratification of former-PM Hoti’s administration with a majority of only one vote, granted to him by a MP with a criminal recorded.

Public opinion poll in the Western Balkans on electoral participation

Frontex to safeguard the borders in the Western Balkans