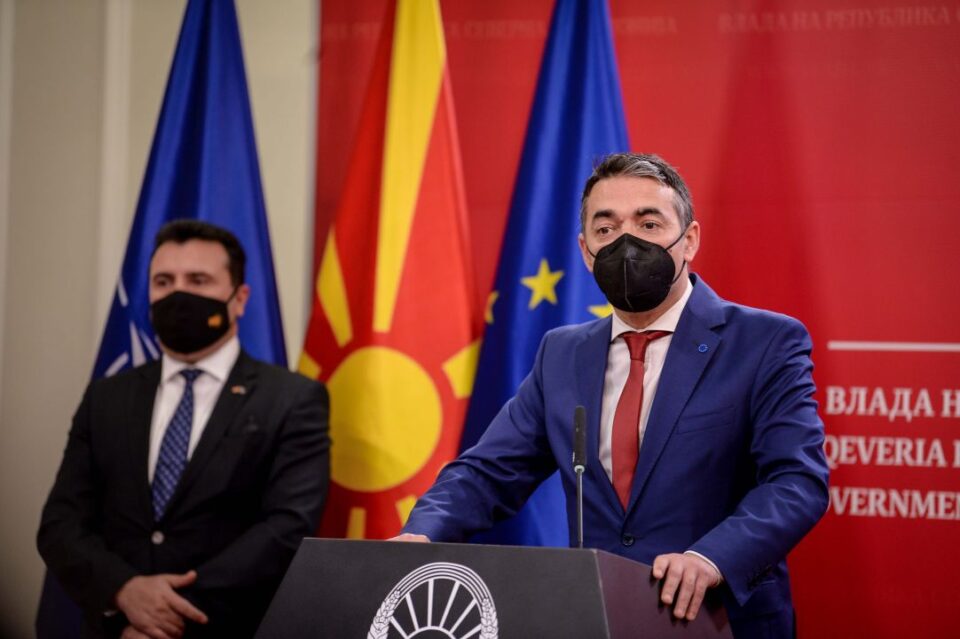 SKOPJE – The Government of North Macedonia adopted the “Europe at Home” Agenda yesterday, which confirms the government’s determination to implement European standards and values ​​in every segment of their society.

The Prime Minister of North Macedonia Zoran Zaev together with the Deputy Prime Minister for European Affairs Nikola Dimitrov presented the agenda at yesterday’s press conference.

“‘Europe at home’ Agenda translates the principles and commitments set as a priority in the government’s Action 21′ plan, which reaffirmed our determination to implement European standards and values ​​in every segment of our society. Through that, the citizens should receive better services and a better life and once again prove that North Macedonia deserves its place in the European Union and that it naturally belongs to the European family of nations,” said Zaev.

“The document was consulted with civil society organizations working in the field of European integration, as well as with the Delegation of the European Union,” said Zaev.

He added that “Europe at home” Agenda is a sincere Macedonian contribution to the European agenda as their core commitment.

“The Europeanisation of the Macedonian society must not wait, and we expect our plan for the final processes for this agenda to bring us the same positive report for 2021,” Zaev pointed out.

Zaev and Dimitrov said that the agenda in its implementation relies on the new EU enlargement methodology, while the emphasis, with specific tasks, relevant institutions and deadlines, is on electoral reform, the judiciary, the fight against corruption and organized crime, fundamental human rights, media reform, economic governance and public administration reform.

Dimitrov said that the goal of “Europe at home” Agenda is not to replace the existing strategies, action plans and the Government’s Work Program, but on the contrary, it is fully complementary and reflects the reform commitments.

“The document we have gives a clear picture not only of all the tasks set in our reform plan and that we have an obligation to fulfill, but also accurately delegates competencies and responsibilities,” said Dimitrov, adding that it is a roadmap that should be followed by all competent institutions implementing reform steps.

It was emphasized at the press conference that all reforms are implemented on a principled basis, through a thorough understanding of the situation and systematic solution of problems, and not with hasty and partial solutions. At the same time, it was pointed out that this moment will not be missed, because the implementation of the obligations from “Europe at home” Agenda is in the interest of the citizens and the country.

Zaev underlined that the plan was prepared by Dimitrov with the team from the Secretariat for European Affairs and in consultation with several ministries and that it is an agenda of the Government and other institutions such as the Parliament, judiciary, State Election Commission, the State Commission for Prevention of Corruption, as well as other agencies and commissions, which in cooperation with the Government, will complete the remaining activities for full Europeanisation of the system and their work according to EU standards as their benchmarks.

Kordić and Dimitrov: With cooperation to the results in the process of joining the EU

Focus on future of Europe at 16th Bled Strategic Forum