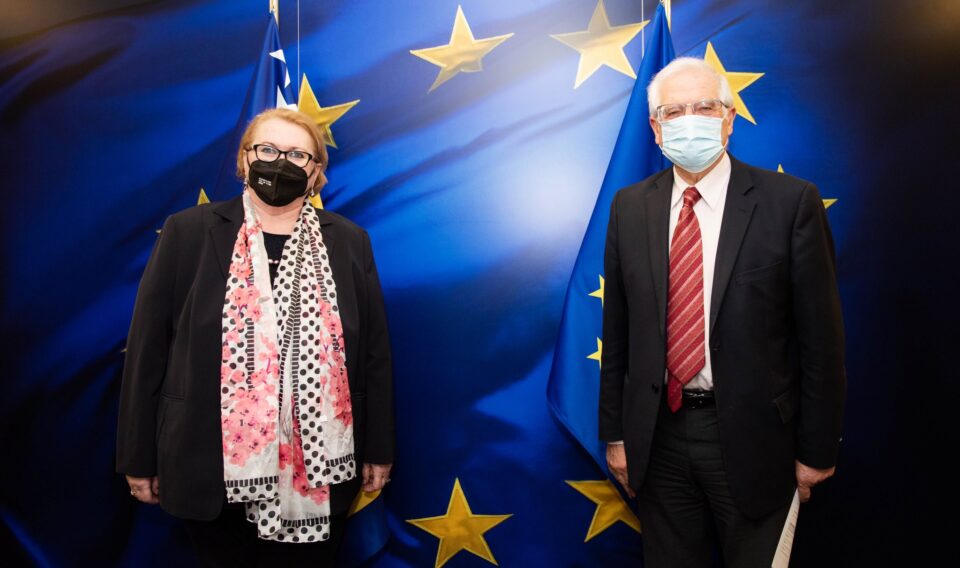 The officials discussed the country’s path to EU membership and Borrell “encouraged BiH to use 2021, as a non-election year, to advance decisively on the implementation of the 14 key priorities of the Commission’s Opinion on Bosnia and Herzegovina’s EU membership application”.

Borrell also welcomed recent positive steps in the reform agenda and underlined the EU’s commitment to support BiH in further advancing on its European path.

Discussing the reconciliation process in BiH, Borrell underlined the need to overcome the legacies of the past and to progress from Dayton towards Brussels, according to the statement by European External Action Service.

Borrell and Turković also talked about the cooperation between the EU and the Western Balkans in tackling the COVID-19 pandemic and access to vaccines in the region.

Good to meet #BiH Foreign minister @BiseraTurkovic. Positive steps in reform agenda, but BiH needs to further advance from Dayton to Brussels. Cooperation on #Migration and EU support to the region in tackling consequences of #COVID19 will continue.

Borrell recalled the €70 million EU grant package for the Western Balkans made available by the European Commission to help cover the cost of some doses procured by EU member States. They also discussed support through the COVAX Facility. The EU, as TEAM Europe, is one of the strongest supporters of the COVAX facility, with more than €2.2 billion (including €1 billion EU funds).

Borell: The EU stands by the citizens of BiH in tackling the challenges associated with migration

The responsibility for the migrant humanitarian crisis in Bosnia and Herzegovina (BiH) lies with local authorities, and the EU will help find a sustainable solution, said Borrell, N1 reports.

He said that BiH must take responsibility for the situation and find a sustainable solution to accommodate all refugees and migrants, including full use of existing facilities, such as the fully EU-funded Bira Center in Bihać, but also the opening of new facilities across the country, evenly sharing the burden of the migrant crisis.

“The EU stands by the citizens of BiH in addressing migration challenges and closely monitors the situation,” said Borrell.

He recalled that ensuring effective coordination of border and migration management and the functioning of the asylum system is one of the 14 key priorities of the Commission’s Opinion on Bosnia and Herzegovina’s EU membership application from December 2019.

Pisonero: EU condemns any threats or attacks on journalists

BiH officials agreed on 10 principles for establishing the government