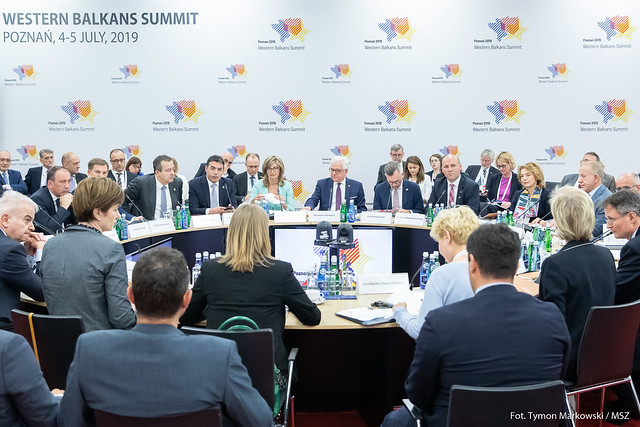 BRUSSELS – By not counting the Balkan countries among those stakeholders who should participate in a conference about the future of Europe, the EU sends the wrong political signal to a region it has promised a European perspective, wrote members of the European Policy Centre Janis A. Emmanouilidis and Corina Stratulat in their commentary on the Joint Declaration on the Conference.

Emmanouilidis and Stratulat reminded that the Joint Declaration, adopted last week, leaves prospective member states out of the Conference of the Future of Europe.

“This misguided decision reinforces doubts in the Balkans that the EU is not serious about its closest neighbours”, they wrote.

Emmanouilidis and Stratulat urged stakeholders at different EU levels to find ways, even if only unofficially, to include Balkan political leaders and representatives of citizens as observers in the Conference proceedings.

“The Regional Cooperation Council should help organise and coordinate a network of Balkan politicians who are tasked by their governments to follow and produce input for the CoFoE. EU donors should support civil society networks in the region to organise citizens’ events in the Balkans, alongside those held in the member states”, they wrote.

After a year-long delay, the Presidents of the European Commission, European Parliament and Council signed the Joint Declaration on the Conference on the Future of Europe (CoFoE) on 5 March. The signatories agreed to “open a new space for debate with citizens to address Europe’s challenges and priorities” so that people from “all walks of life and corners of the Union”, especially younger generations, can “have their say on the future of Europe”.

They also committed to following up on the input collected from citizens’ events until spring 2022, when the Conference shall reach its conclusions.

The (potential) road to comprehensive normalization between Belgrade and Pristina