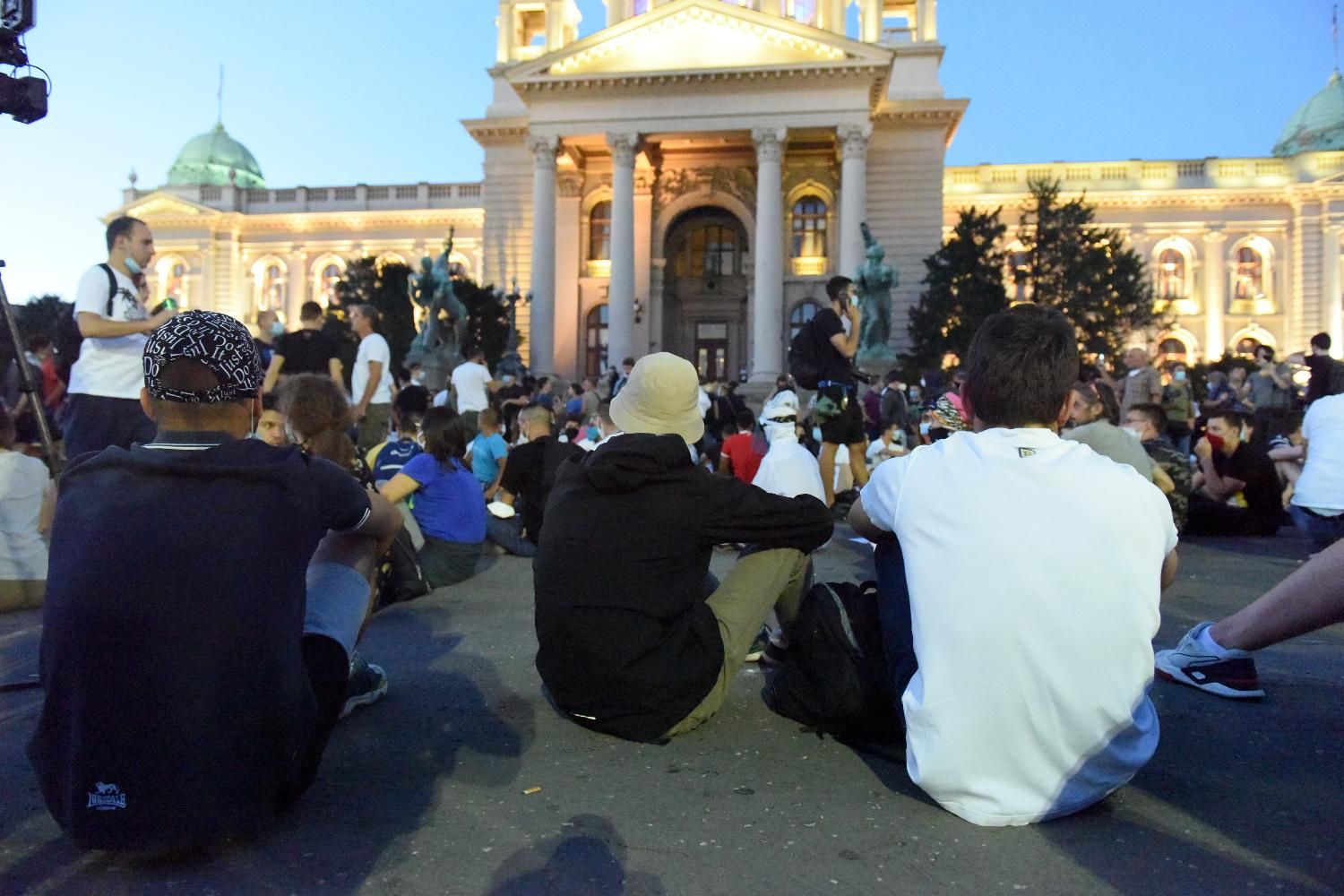 Protesters sitting down in front of the National Assembly in Belgrade; Photo: FoNet

GOTHENBURG – Serbia features prominently in the new report of Swedish V-Dem Institute “Democracy Report 2021: Autocratization Turns Viral”, published this month, as the country with sharpest declines in the level of democracy since 2010. Kosovo and North Macedonia recorded an improvement compared to 2010, while Albania, Montenegro and Bosnia and Herzegovina declined in the past decade.

Out of 179 countries, Serbia is ranked the lowest in the Western Balkans, on 119th place. Best ranked Kosovo is 78th, followed by North Macedonia (79th), Albania (85th), Montenegro (94th) and Bosnia and Herzegovina (98th).

Serbia is ranked fifth among the top 10 autocratizing countries in the period between 2010 and 2020, after Poland, Hungary, Turkey and Brazil. It lost 0.27 points on the 0 to 1 scale in that period.

“States in Eastern Europe such as Hungary, Poland, and Serbia have continued their downward decline after continued assaults on the judiciary and restrictions on the media and civil society”, the Report notes.

“In Serbia it was declining electoral integrity alongside deteriorating academic, civil society, and media freedoms that among other things contributed to the backsliding into authoritarianism by 2013. The quality of elections has been deteriorating since then and further worsened in 2020, when many opposition parties boycotted the parliamentary elections held amidst the pandemic”, V-Dem Institute notes.

According to the report, the world is currently in the “third wave of autocratization”.

“While the world is still more democratic than it was in the 1970s and 1980s, the global decline of liberal democracy continues in 2020. To put this into perspective, the level of democracy enjoyed by the average global citizen in 2020 is down to the levels around 1990”, the report notes, adding that India and the United States recorded significant declines recently.

Varieties of Democracy (V-Dem) produces the largest global dataset on democracy with almost 30 million data points for 202 countries from 1789 to 2020. Involving over 3,500 scholars and other country experts, V-Dem measures hundreds of different attributes of democracy.

EPC: Leaving the Balkans out of the Conference on the Future of Europe would be a mistake