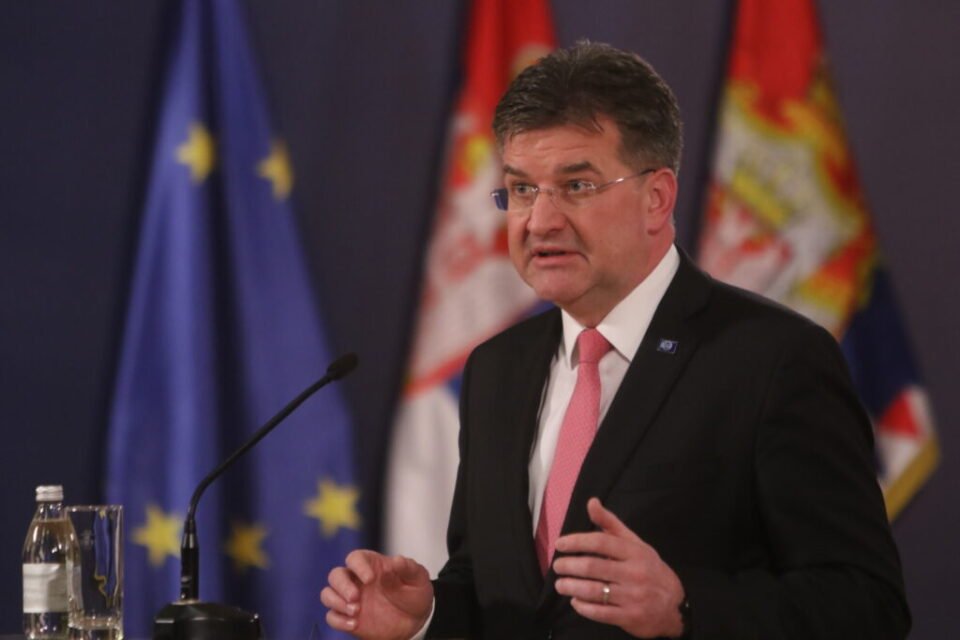 BELGRADE / PRISTINA – The official visit of the EU Special Representative for the Belgrade-Pristina dialogue Miroslav Lajčák to Belgrade and Pristina in early March, followed the recent victory of Albin Kurti and his Self-Determination Movement in the early parliamentary elections in Kosovo. Lajčák came with the message that he expects the dialogue to continue, as well as that there are no obstacles to reaching a comprehensive agreement between Kosovo and Serbia during the mandates of Albin Kurti and Vjosa Osmani, although Kurti emphasized in his victory speech that dialogue with Belgrade will not be his priority.

Donika Emini, Executive Director of the CiviKos Platform and member of Balkans in Europe Policy Advisory Group (BiEPAG), pointed out that his visit can be read as Lajčák testing the ground with the winner of the elections and the opposition parties to make sure that the process of the dialogue will remain important and a priority for Kosovo.

“This visit shows that Lajčák is interested in continuing the process and is under pressure fearing that this process might not be a priority for Kosovo and the new government seeking fundamental changes internally”, said Emini for the European Western Balkans.

She stated that clearly, there is fear that Kurti will not return to the negotiation table.

“Certainly, Kurti is not going to continue what Avdullah Hoti left halfway through. This means that the work that has been so far done in the framework of the dialogue facilitated by Lajčák is being jeopardized. And Lajčák has been quite proactive since he took over the role of the EU Special Representative. Furthermore, the dialogue not being a priority for Kurti has put the EU – eager to deliver in this process – under immense pressure,” explained Emini.

Lajčák has initiated this visit, said Emini, not only to show support after the elections in Kosovo but also to make sure that the EU is committed to continuing this process alongside the US.

Postponing the agreement is not in Pristina’s interest

Senior Analyst at the Open Society European Policy Institute in Brussels and member of BiEPAG Srđan Cvijić pointed out that it is important that after four years, of we can freely say lost time under President Trump’s mandate, the EU takes matters into its own hands again and that in partnership with the new US administration it concentrates on creating conditions for a historic agreement between Belgrade and Pristina.

“I am not sure how much it is in Pristina’s interest to wait and postpone the agreement with Belgrade. This situation perfectly suits the President of Serbia Aleksandar Vučić who wants to show his Western partners how actively he stands for the normalization of relations with Kosovo, but who finds it extremely difficult to gain wider support for such an agreement in Serbia,” said Cvijić.

According to Cvijić, in a situation where Kurti says that dialogue is not his priority, Vučić will easily shift the burden of responsibility for maintaining the situation of the frozen conflict to the other side.

“The West will put pressure on Kurti, not him, and that is an ideal situation for the current regime of the Serbian Progressive Party,” highlighted Cvijić.

However, he added that he understood Albin Kurti’s statement that dialogue was no longer a priority as an intention to focus on domestic political issues, the fight against crime and corruption, which is important for Kosovo.

“The discrepancy with the so-called ‘war coalition’ made up of parties formed by the KLA is important for the further democratization of society. It is encouraging that Lajčák has the impression that the new authorities in Kosovo are however ready to continue the dialogue, “said Cvijić.

What will the continuation of the dialogue look like?

Given Kurti’s statement, the question arises as to whether the dialogue process will look different when Kurti takes over the position of the future negotiator.

Emini pointed out that there are no expectations whatsoever in relation to how Kurti will approach this process.

“So far, Kurti has shown dedication to reform and restructure the country internally without offering a detailed proposal on how he plans to manage one of the most pressing issues – the dialogue between Kosovo and Serbia. The expectation of the Kosovo citizens so far is that Kurti will work proactively to build a process that is transparent and based on values and principles”, said Emini adding that the expectations are for Kurti not to approach this process the same way as the old ruling elite.

During his visit to Belgrade, Lajčák said that he could not emphasize how crucial dialogue is for both sides in order to progress on the European path, and pointed out that the status quo is not tenable.

“The EU members expect the Belgrade-Pristina dialogue on the comprehensive normalization of relations and all open issues to continue constructively and in good faith. We are not interested in maintaining the status quo and we are ready to bring the process to a successful completion as soon as the two sides are ready for it,” said Lajčák.

He added that EU members believe that all agreements reached in the past ten years must be implemented, and that there is excellent cooperation with the United States in this process, while the pandemic is the only reason why their representative Matthew Palmer is not present.

However, for the fact that Belgrade and Pristina did not reach an agreement even after 10 years of negotiations, Cvijić says that part of the responsibility lies with the EU itself.

“In order for Belgrade and Pristina to grit their teeth and accept perhaps painful compromises with the other side, and it is clear that both will have to agree to compromise, they must be sure that such a constructive policy will be appropriately rewarded. As long as they see that courageous state moves such as the Prespa Agreement concluded with Greece by the government of Zoran Zaev in North Macedonia are not deservedly rewarded, it will be extremely difficult for Serbia and Kosovo to normalize mutual relations,” Cvijić emphasized.

He added that the regime in Serbia, due to the galloping decline of democracy in Serbia, is responsible for insufficient progress in EU membership negotiations itself, but that on the other hand, there is Kosovo, which did not receive visa liberalization due to the opposition of one or two EU member states, even though Kosovo deserved it like the rest of the countries in the Western Balkans.

“Until that happens, the EU will not be a credible partner to local politicians in Kosovo,” Cvijić concluded..