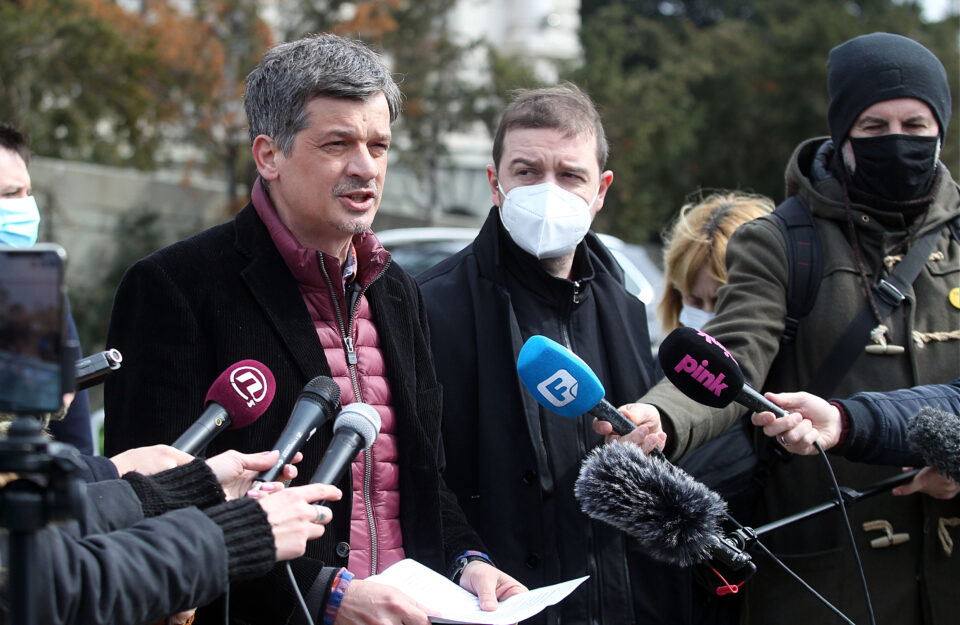 BELGRADE – Following a widespread smearing campaign against the online investigative portal KRIK, during which its journalists were accused of cooperating with the mafia by the newspapers and television channels close to the ruling party, majority of journalists’ associations withdrew from the Working Group on Security and Protection of Journalists set up by the Government of Serbia.

Although these associations, as they say, have shown a serious intention to improve the safety and security of journalists and other media workers by participating in the Working group, it is obvious that the representatives of institutions in that group do not want to deal with this problem.

The statement came after several MPs of the ruling coalition and the media close to the ruling Serbian Progressive Party accused KRIK – Crime and Corruption Reporting Network of being linked to the recently arrested Velko Belivuk, suspected of leading a criminal group accused of drug trafficking and multiple assassinations.

KRIK was one of the first media outlets in Serbia to report on the activities of Belivuk and his group and their apparent links to the ruling party, going all the way back to 2015 and 2016.

The President of the Independent Association of Journalists of Serbia (NUNS), Željko Bodrožić, called on the Republic Public Prosecutor’s Office, on behalf of several journalist organizations, to comment on the indications that some media had presented against the KRIK editorial office and whether proceedings are being conducted against someone from the KRIK editorial office.

During the press conference in front of the Assembly of Serbia, he asked the Regulatory Body for Electronic Media (REM) to declare its position on the spread of misinformation on televisions with national coverage, especially Pink Television.

Bodrožić pointed out that his colleagues left the Working Group for the Safety of Journalists because it did not condemn the attacks on KRIK and that they are considering leaving other working groups, and added that the Government is not ready to do everything to keep the media free.

Speaking about a possible protest, Bodrožić said that they had given up on the idea for now due to stricter epidemiological measures, but that the protest would be considered if the attacks continued.

Serbia’s Ombudsman: No need to react to attacks on KRIK website

Zoran Pašalić, Serbia’s Ombudsman, told N1 on Monday he didn’t see a need to react to the attacks on journalists working with KRIK, because he did not seek popularity and because his statement would not prevent such attacks.

Pašalić said that if those attacks were a crime, it wasn’t his job; if that was slander, courts should deal with it.

He added that everybody’s right was to take part or leave any group or job. His role was to finish the platform that would register all pressures, attacks, and discrediting attempts against journalists and media outlets.

Serbia’s Ministry of Culture and Information called on all media and public figures to refrain from insinuations about the links between some media outlets and journalists with the criminal groups and their activities.

“Journalists must have conditions to do their job do their job undisturbed, and no one must not jeopardize their safety and professional integrity,” the Ministry said in a statement.

It appealed to all media to avoid sensationalism as the primary goal in reporting on topics the public was interested in, but to bear in mind that the right to reporting should not be limit in any way.