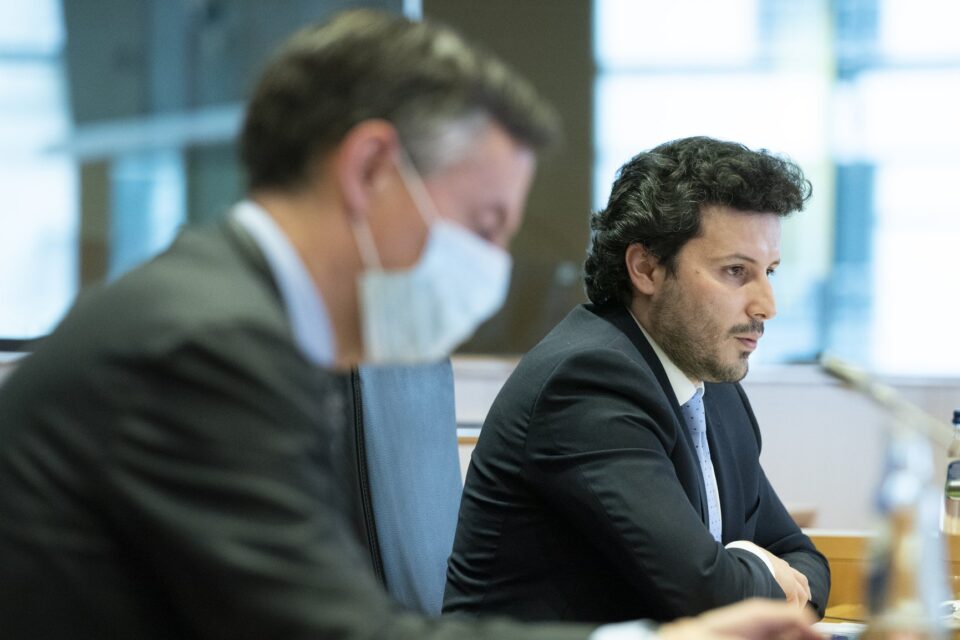 BRUSSELS – Deputy Prime Minister of Montenegro Dritan Abazović has asked European partners for understanding when it comes to changes in prosecutorial laws, stating that their change is aimed at a better fight for the rule of law, during the meeting in Foreign Affairs Committee (AFET), Vijesti reported.

“I want to assure you that, with the people who now run the Prosecutor’s Office, we can not achieve results and that is a problem. That is why I am asking for your understanding. We want to follow the rules on the road to the EU, we don’t want anything against the standards, but we need help to find a common solution, and if we want a solution, then we must change the State Prosecutor”, Abazović said.

Answering MEPs’ questions, Dritan Abazović told that there had to be a majority for some issues, as well as for the electoral reform and changes in the Prosecutor’s Office, and that a way for dialogue with the opposition had to be found.

“The Government must be ready for dialogue and I think the Government is ready. It’s not easy, you can’t interfere in Parliament’s work, but I am more than sure that the new leadership of Parliament and the majority representatives will start a dialogue”, said Abazović.

He stressed that Montenegro had to make more progress in the field of the rule of law, the fight against corruption, in order, as he said, to provide people with a better standard. He added that people who had been in power for 30 years could not lead the institutions or the country on the path to the EU.

Member of the European Parliament and Co-Chair of the European Green Party Thomas Waitz congratulated the Deputy Prime Minister on assuming the office and said that he saw Abazović as the guarantor of Montenegro’s European path. Waitz said that there was a lot of controversy and various statements that Montenegro would take some other paths after the change of government.

During the meeting with Commissioner Várhelyi, Abazović welcomed the European Commission’s Economic and Investment Plan for the Western Balkans, under which the EC provided 9 billion Euros to move the region closer to EU standards. Abazović pointed out that the Government has proposed 10 infrastructure projects that represent a great opportunity for infrastructure, digital and green projects, as well as for closer regional connections.

Abazović at NATO HQ: Support for Alliance has never been greater

Deputy Prime Minister Abazović said that Montenegro remains committed to the policies and values of the Alliance and expressed readiness to strengthen Montenegro’s contribution to NATO activities, as a credible and responsible ally, reads the press release.

In that sense, Abazović pointed out the importance of solidarity and unity of the Alliance in facing common security challenges and expressed gratitude for the current and upcoming NATO assistance to Montenegro in facing the COVID-19 pandemic.

Abazović said that the Government is fully committed to the implementation of all international obligations, strengthening and improving cooperation with the Alliance and reminded that the new parliamentary majority, soon after the elections and the first democratic change of government in Montenegro, signed a binding agreement.

Abazović and Geoană also exchanged views on the global and regional security situation, in the context of the challenges posed by the COVID-19 pandemic.