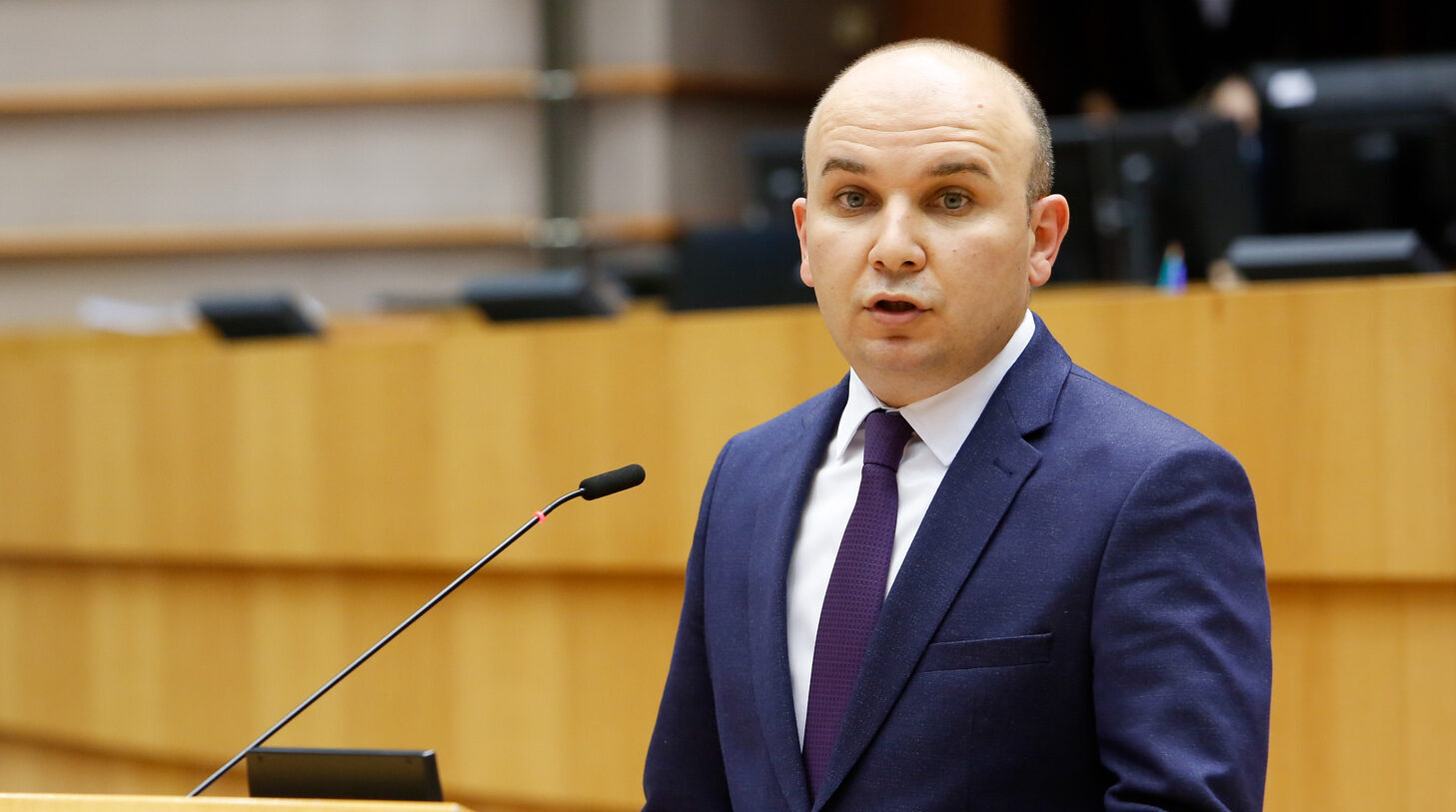 After more than two years, European Parliament will once again adopt Reports on the Western Balkan countries this week, for the first time since 2019 elections. A lot has changed since then, but the accession process has barely advanced. This was especially disappointing for North Macedonia, the country that formally changed its name and joined NATO since the last EP Report, but still only managed to open accession talks without a date for the first intergovernmental conference.

European Western Balkans: Which conclusions of your report would you say are the most important for the citizens of North Macedonia?

Ilhan Kyuchyuk: The Republic of North Macedonia has come a long and uneasy way of building reforms and compromises until it reached the stage of starting the formal EU accession negotiations. My report is a clear reflection of that, it is an objective account of what we have seen in the country in the recent years.

Unarguably, a consistent progress was achieved and the government demonstrated continuity of the dedicated commitment to the country’s European path and the understanding of the need to implement stable and inclusive democratic reforms, strengthening democracy and the rule of law in order to reinforce the climate of mutual trust. Maintaining a steady pace in adopting EU reforms as means of ensuring the efficient functioning of democratic institutions and procedures is well recognized in the report. Of course, the setbacks such as the impact of the COVID pandemic and the tensions in the diplomatic relations with Bulgaria were noted as well, but North Macedonia must not stop with the reforms, as in some areas, faster and deeper reforms and more progress are needed.

I am convinced that the government, as well as the political leaders, stakeholders and civil society have the full potential to continue with consistent efforts in order to achieve the in-depth and irreversible reforms across fundamental areas as the revised enlargement methodology requires.

EWB: The European Parliament has been clear about its support to the opening of negotiations with North Macedonia and holding the first intergovernmental conference. It took almost two years after the Prespa Agreement to deliver on the first part, and now the process is stuck once again. Why have the Member States been so reluctant to follow EP’s advice? Are bilateral disputes the only reason?

IK: This question should be rather directed to the Council and the Heads of state. It is true, that every member state can find a reason to stop or support a candidate country and we know this from past experiences. However, all the colleagues in the European Parliament who are committed to the Western Balkan integration are working for making sure the first intergovernmental conference with North Macedonia and Albania convenes as soon as possible. Our report explicitly calls on EU Member States to stand by their commitments and show clear political will in that regard.

The decision of the European Council at the end of last year was detrimental for the Western Balkans and we are convinced that further delays on the part of the EU not only has a direct negative impact on the respective countries and their societies, but also puts in peril the credibility, objectivity and reliability of the accession process.

What is important now is to focus in the coming months on good preparation and that North Macedonia continues with the reforms. In parallel, I hope that the constructive dialogue on the pending bilateral issues will be resumed together with Bulgaria, because good neighbourly relations are at the heart of European integration.

EWB: Do you believe that your report is providing enough arguments for the process to advance for North Macedonia, and do you think it will happen soon?

IK: The report for a candidate country voted by the European Parliament is primarily political in nature. While the European Commission aims to provide an expert and technical valuation of the reforms, our role is rather to make a political assessment of the progress achieved. Against this background, it seems that the additional “elephant in the room” remains the dispute that the country has with Bulgaria.

In my opinion, the way to resolve this situation is for both sides put an end to the nationalist rhetoric, historical emotions, acts and language of hate and superiority and and look at the big picture, which is – what we can achieve together, our common future within the EU. We have positive examples to that end. We have seen that the two countries can work successfully together with the holding of a fruitful joint presidency of the Berlin Process for the Western Balkans, reaching important decisions, such as the creation of a common regional market as a step towards the EU single market. The alternative, a further dismantlement, might lead to an unstable situation in the EU’s immediate neighbourhood, and this is in no one’s interest.

IK: As the European Parliament standing rapporteur for the country, I follow closely the events in the country and its responses to recommendations not only by the Commission, but also other relevant bodies, such as the Council of Europe and OSCE for example, and I regularly evaluate the results achieved.

I have to admit that a lot has been done. At the same time, the report clearly and unequivocally underlines in which of the strategic reform areas more efforts are needed.

The negotiation process is a serious long-distance marathon and its culmination is not only the implementation of different reforms in a number of sectoral policies, but achieving progress in a stable and irreversible manner.

EWB: The report notes the elections held in July last year as well as tensions between the ruling and the opposition parties. How far has North Macedonia advanced since the 2014-2016 political crisis in your view?

IK: The opposition can and must play a constructive role in any established democracy. This is essential for the functioning of the North Macedonia’s National assembly, not only for the adoption of key legislation, but also for implementing the cross-party national priorities, such as EU and NATO membership. In this context, just remember what was the political landscape a few years ago and how, in practice, the country was completely blocked because there was no dialogue between the ruling party and the opposition. Here, too, the European Parliament has played an important role through the Jean Monnet dialogue, which has proven to be a successful platform for building trust, strengthening democratic culture and increasing parliamentary capacity by facilitating political dialogue within the Sobranie.  We can’t dismiss the great leap forward that North Macedonia has made from the political crisis in which it had sunk, and we should praise its citizens and responsible politicians for uniting in the name of the Euro-Atlantic future of the country.

IK: Unfortunately, disinformation and fake news are becoming a chronic problem not just in the Western Balkan countries, but for Europe and the world. The COVID-19 crisis has shown us how quickly the vacuum of predictability of EU action can be filled in and used as a geopolitical tool, especially at the face of the issues with the production and supply of vaccines from the Union. But the COVID-19 has shown us something else as well. How strong the European Union stands behind its partners. Despite the difficult situation in every Member State, the Union urgently mobilised € 3.3 billion for the countries in the region to deal with the effects of the pandemic. The European solidarity, which has long been called into question, has proved to be real. That shouldn’t be a surprise, given that the European Parliament ‘s report as well underlines that the EU’s engagement with the Western Balkans surpasses that of any other region, and demonstrates a mutual strategic commitment.

WB2EU: Citizens need some re-branding of the idea of what the rule of law is

Survival of the fittest – An overview of regional cooperation initiatives in...